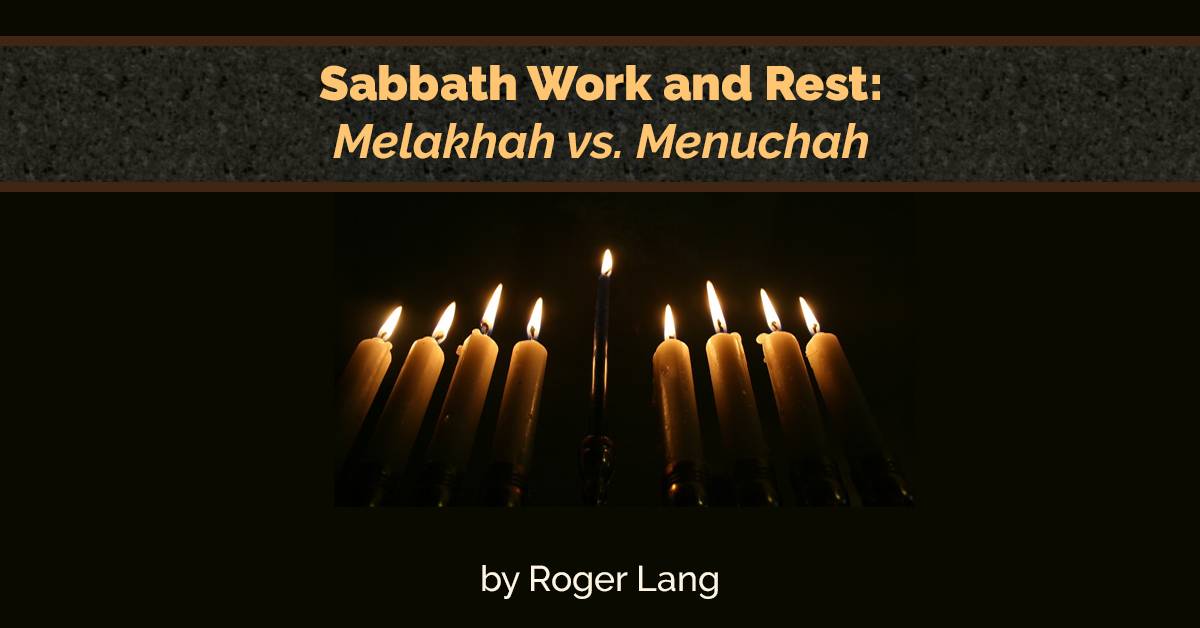 “Remember the sabbath day, and keep it holy.  Six days you shall labor [melakhah] and do all your work. But the seventh day is a sabbath to the Lord your God; you shall not do any work—you, your son or your daughter, your male or female slave, your livestock, or the alien resident in your towns. For in six days the Lord made heaven and earth, the sea, and all that is in them, but rested [menuchah] the seventh day; therefore the Lord blessed the sabbath day and consecrated it.” Exodus 20:8-11 (NRSV)

Biblically, we forget that the foundation of working and resting in Exodus 20:8-11 centers around two Hebrew words: melakhah (work) vs. menuchah (rest).

These two root Hebrew words melakhah and menuchah found in Exodus 20:8-11 define productive labor and rest (abstention from melakhah) within the Decalogue; however, much misunderstanding of these words is applied creating modern cultural anomalies dictating what we can and can’t do on Sabbath.  The Bible validates melakhah, telling us that we should engage melakhah six days of the week (Ex. 20:9; Deut. 5:13), but that the seventh day is different because it is blessed (mevorakah) and holy (kadosh).

The Hebrew word melakhah means more than just labor. In fact, in order to make the Sabbath holy, one must refrain from any activity which is creative (because God rested from His creative activities), or otherwise makes changes to our environment.

While this may seem like basic Seventh-day Adventist theology, the application of melakhah has been seen beyond God’s creative acts with the focus on an ill-conceived definition of resting.

For six days, God created everything from nothing. When applying a definition of productive labor (melakhah) and abstention from productive labor in life (menuchah), a case can be made that we are to build the Kingdom of Christ for six days by prescription as believers. Building the Kingdom of Christ for six days a week is a creative act that is, indeed, requiring all our effort to make new disciples. As Adventists, we could in theory be having one day in which we cease from creating in our most earnest actions the Kingdom of God with our human might. This can be said for all people who work as they are to be building Christ’s Kingdom in all their creative actions.

In Mark 3:1-6, Jesus was questioned regarding the legitimacy of healing on Sabbath, which became part of rabbinical law later in Mishna Yoma 8.6.  Jesus’ actions negated creating anew on Sabbath by restoring a person (Mark 3:5) to their original created design, which did not violate biblical law. Jesus did not create on Sabbath, but rather, he restored.

The development of Jewish law in Mishna Shabbat 7:2 demonstrated that oral and rabbinical writings added 39 categories for Shabbat restrictions during the time of the Second Temple, based on the activities that were involved in the building of the Tabernacle. The original intent of the restrictions revolving creative work centered on the work delegated in the Tabernacle, which most people incorrectly transpose into other areas of spirituality. The negative mitzvoth (commandments) for Sabbath punishment are in regard to creating holiness in the Tabernacle and the roles people had.

In order to understand how rest in Exodus 20:8-11 is defined in the biblical mind, menuchah must be defined in terms of cessation from work. The word menuchah is from nuah (to rest, to repose, to be quiet). It is the same root that produces Noah, the name of the man who brought rest to the world (although, obviously, not the way the world expected). Why do we care about this little correction? Because the rabbis connected this word, menuchah, with the Sabbath. To the biblical mind, menuchah is the same as happiness and stillness, as peace and harmony. It is the state in which there is no strife and no fighting, no fear and no distrust. The essence of the good life is summed up in menuchah. In later times, menuchah became a synonym for the life in the world to come, for eternal life. This is the eschaton in modern thought found in Revelation 16:11, in the third angel’s message. Adventist theology keenly points out the importance of a global-wide menuchah in prophetic reference.

All of the restrictions placed around Sabbath, in order to protect the sanctity and holiness of Sabbath, are further developed by the prophets who sought to protect the two greatest concepts in the Fourth Commandment: to not create anew and to be in a state of non-creation.

As an example, using exaggerated polarization, I will provide examples of common characteristics providing a difference between both melakhah and menuchah.

The problem arises when people are unable to leave the world of melakhah and, in fact, become its slave; people become slaves to creative work.

In the New Testament, the story of Jesus and the Pharisees, regarding the plucking of heads of grain on the Sabbath, must be read through a historical lens focusing on the Second Temple period. This story most likely takes place after the festival of Passover, due to the harvest. Non-Sabbath keeping Protestant Christianity incorrectly states that Jesus uses Mark 2:24-28 to revoke the rules of Sabbath and the keeping of the Commandments. Jesus is not eating grain to save a life; it was insinuated that David did, in the Temple. The verse reads:

The Pharisees said to him, “Look, why are they doing what is unlawful on the Sabbath?” He answered, “Have you never read what David did when he and his companions were hungry and in need?  In the days of Abiathar the high priest, he entered the house of God and ate the consecrated bread, which is lawful only for priests to eat. And he also gave some to his companions. Then he said to them, “The Sabbath was made for man, not man for the Sabbath; so the Son of man is lord even of the Sabbath.” Mark 2:24-28

Reading the story in light of biblical understanding during the Second Temple, Jesus is juxtaposing the intellectual thought found in the Fourth Commandment with the standards of lawful Sabbath adherence of his time. Jewish law allowed Temple service to supersede Sabbath prohibitions. Jesus’ profound statement during his lifetime acknowledges that Sabbath is used to heal, restore, and abstain from the world being dominated by humanity. Sabbath cannot condemn humanity. Sabbath can only provide peace from the creative work.

If we can turn our theology to a historical application, I think we would see our modern hermeneutical problems concerning activities that we approve Friday night or Saturday are created by our own misunderstandings. Instead of focusing on creating a kingdom of believers for six days, we instead put all our church activities on Saturday in order to make Sabbath different than the other six. The outcome is a form of Sabbath culture that seeks to set standards for Sabbath, for example: no wading in water past your knees—or else it is considered swimming; instead of playing competitive sports, engage only in peaceful, non-competitive activities, preferably in nature; no secular music, film or television; and make sure we fill the Sabbath hours with church activities.

This methodology is destructive because it focuses on presumptions and technical interpretations, which may eclipse the true meaning of the Sabbath, while attempting to replace Biblical Sabbath blessings and prohibitions with traditions of mankind. 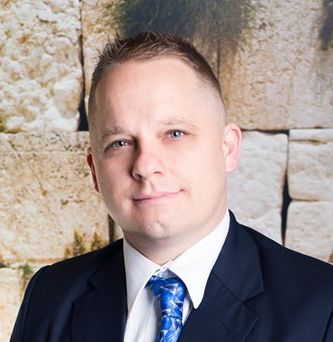 Roger Lang is a lecturer at universities in Southern California, including Loma Linda University. Roger’s research interests include second temple Judaism, ethics, and political science. He has a doctorate in theological studies from Avondale University.