Ryan Bell Explains Why He Left the Christian Faith 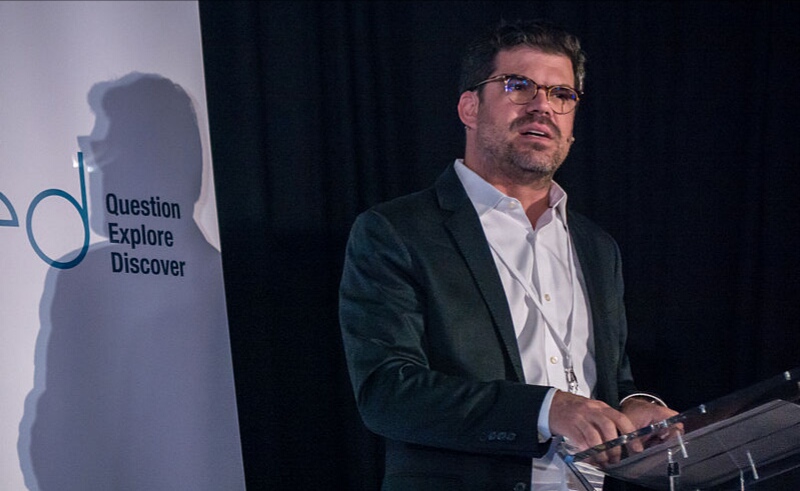 27 October 2019 | In an interview with The Christian Post published today, former Adventist pastor Ryan Bell spoke about how he parted with Christian belief. An Adventist pastor for 20 years, Bell had most recently pastored Hollywood Adventist Church when he began a one-year experiment in which he would live as an atheist starting on New Year’s Eve in 2013. At the end of the year, Bell confirmed that he believed there was no God.

Bell told The Christian Post that it wasn’t very difficult to give up Christianity, as his beliefs had evolved over time from very conservative Chrstian belief to a far more progressive stance before he realized that he no longer held Christian beliefs.

The former pastor said that he initially missed certain things about Christian faith but that this feeling had passed. He now said that he was definitely an atheist “but there’s so much more to me than that.”

Bell told The Christian Post that he is a humanist “in the sense that I don’t believe anyone is coming to save us. We are the ones we’re waiting for.”

He added that he is also a democratic socialist and that this goes hand in hand with his humanist view. “I can’t separate existential questions about meaning and value from political questions about who has access to a materially good life.”

Bell spoke positively of the secularization of America, saying that it allowed people to cease operating according to old norms that were very exclusive and harmful to large parts of the population. He said that secularization is making people more comfortable with building a sense of ethics independent of religion.

Asked what the moment was that initially led him to doubt, Bell pointed to a “series of moments” such as befriending a gay church member. “The idea that the Bible may have gotten this wrong was a big moment for me,” said Bell.

He also said that 9/11 and the role of religion in justifying evil acts and a sense of supremacy made him more interested in interfaith dialogue.

Bell challenged Christians to maintain open dialogues with those leaving the Christian faith and to listen to their reasons for leaving. He added that “if there is a demonstrable value in Christian religion it is the community and opportunity to work together to serve your community. Focus on that.”

The former Adventist is now the national organizing manager at Secular Student Alliance, an organization with over 300 chapters in high schools, colleges and universities across the United States. The organization supports students who are not religious or who are questioning their faith.

At the end of the article, Bell said that “when a person undertakes to examine the veracity of the Bible and evidence for a divine being that intervenes in the world, what one finds, more often than not, is silence.”

Rather than trying to “theologize the silence,” Bell said, many opt to simply “live… life based on the realities at hand.”

Image: Bell speaking at QED Conference in Manchester, UK in 2015. This Wikipedia file is licensed under the Creative Commons Attribution-Share Alike 2.0 Generic license.