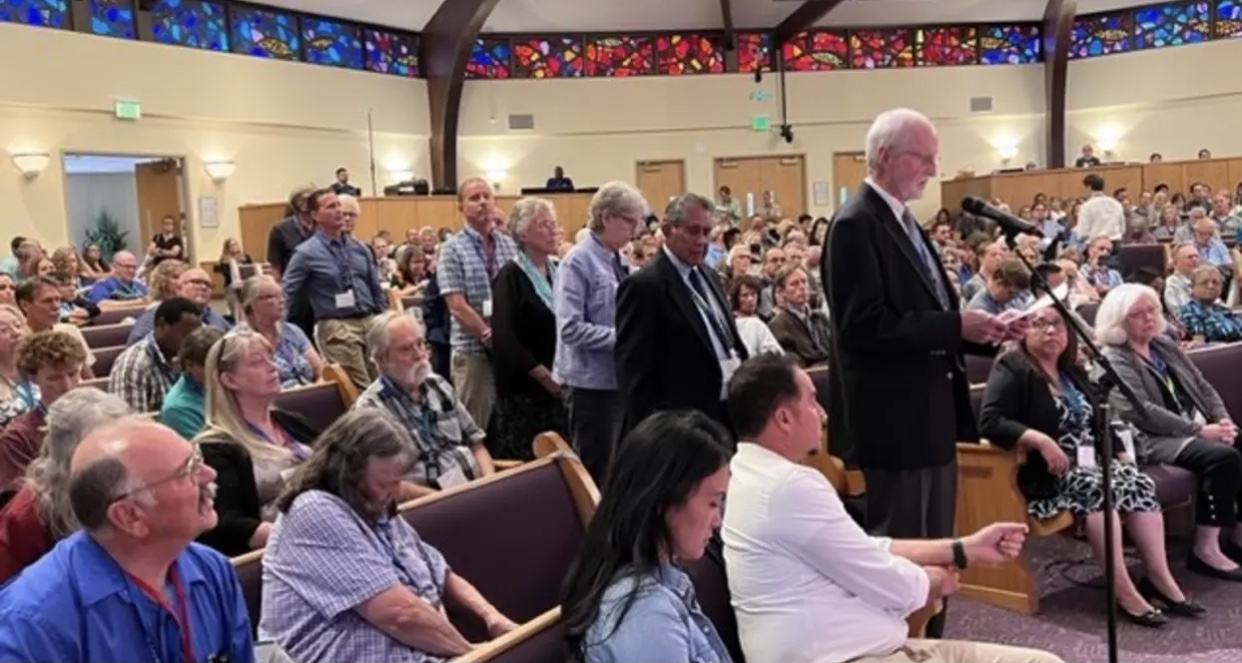 24 August 2022 | On Sunday, August 21, a majority (59:41) of delegates at the Second Quinquennial Session of the Rocky Mountain Conference voted in favor of equality in ministerial ordination.

The motion that passed read as follows: “The Rocky Mountain Conference may submit names of all qualified men and women for ordination to the Mid-America Union Conference of Seventh-day Adventists.”

The passing of the motion means that the RMC is the most recent Adventist conference to vote for equality in ministerial ordination. This vote stands in contrast to the vote by delegates of the 2015 General Conference Session of the denomination against allowing regions of the Adventist Church to decide for themselves whether to ordain women as ministers. The 2015 vote resulted in the General Conference administrative unit of the denomination insisting that women are ineligible for ministerial ordination. A number of unions and conferences of the denomination in North America and Europe have since voted to either ordain women or dispense with ordination altogether until men and women are equally eligible.

According to an RMC Facebook post from RMC Communication Director Rajmund Dabrowski, 510 registered delegates representing congregations in Wyoming, Colorado, and part of New Mexico met for the RMC meetings at the Lifesource Adventist Fellowship in Denver, Colorado.

The Facebook update stated that when discussion opened on the motion prior to the vote, “Nine delegates immediately stood to speak at the ‘Against’ microphone, while 13 lined up for the ‘Pro’ microphone. Others joined either of the lines, but time did not allow for everyone to speak, since the body voted against extending the time frame.”

The debate lasted an hour before the motion and the final 59:41 vote in favor of submitting names of all qualified men and women for ordination.

Before this week’s RMC vote, the Mid-America Union (MAUC) was the most recent North American region of the denomination to greenlight women’s ordination. On September 12, 2021, an overwhelming majority of Mid-America Union (MAUC) constituency session delegates voted in favor of allowing pastoral credentialing of both men and women as ordained ministers.

AT Board member Ed Reifsnyder, who was a delegate at the MAUC constituency session, recalled that North American President G. Alexander Bryant (who was not in attendance at the RMC session) had been very supportive of the recommendation in the discussion leading up to the MAUC vote. In comments sent to Adventist Today, Reifsynder said:

“A notable moment during the [MAUC] discussion was when Alexander Bryant, president of the North American Division, expressed his full support for the ordination of women in the Division. It is clear he not only intends to expand the territory in which women are ordained, but to remove barriers for women to serve anywhere without losing their ordination credentials. Currently, if a woman pastor leaves a territory where women are ordained to go to a territory where they are not, she loses her credentials. Elder Bryant expressed a desire to change that, and the delegates adopted a motion requesting that the General Conference take up this issue.”