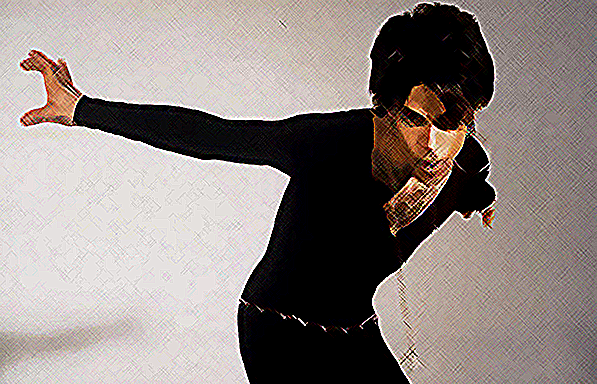 A new book about the pop star Prince explores the connections between his childhood in an Adventist family and a number of his songs. Prince Rogers Nelson is widely known simply as Prince and has produced ten platinum albums and thirty Top 40 singles during his career. He owns a production company and has promoted the careers of a number of younger popular music stars.

The book is entitled I Would Die 4 U based on a line from one of Prince’s songs. It is written by Touré Neblett, using only his first name as his byline, a music journalist, critic of popular culture and television personality on MSNBC. It was published by Atria Books, a division of the major New York publisher, Simon & Schuster.

Prince has done more to connect with the largely unfulfilled spiritual needs of younger Americans than any other pop figure, Touré writes. “He packed his music with religious messages and gospel tropes but, more than that [he] was the best in history at articulating himself as a “Messiah figure.” In fact, Toure’s interviews with people close to Prince revealed that they “wondered if he thought he was some sort of Messiah.”

In 2001, Prince joined the Jehovah’s Witnesses, but was raised a Seventh-day Adventist, often attending with his grandmother at Glendale Church, a historically African American congregation on Glenwood Avenue in Minneapolis. “Both of his parents believed in the strict faith as did Bernadette Anderson, who took him in after he left home.”

“The teachings and iconography of Adventism show up repeatedly in Prince’s music, which I didn’t understand until I spoke with several Seventh-day Adventists,” Touré stated. “All the Adventists I spoke with said music is a crucial part of the Black Adventist experience. … The list of successful Adventist musicians includes: Little Richard, Kirk Franklin, Brian McKnight and Pepa from Salt N Pepa.”

Touré said that the music was the most important part of the young Prince’s experience at church. He quotes Prince telling comedian and movie star Chris Rock, “a lot of the message was based in fear, what will happen to you if you do something and I don’t think God is to be feared that way. I think he’s a loving God.” Nonetheless, Touré found that many themes from Adventist theology are expressed in Prince’s music.

“Prince’s music is … often concerned with the apocalypse and the Second Coming,” Touré wrote. The rock star’s Adventist background “unveils the real meaning of the refrain ‘May you live to see the dawn’ [and] also speaks to why he seems to be so evangelical, using his music to spread a message about Christ.”

In a song from that time entitled 1999, one of the lyrics Prince wrote was, “This morning when I woke up coulda sworn it was Judgment Day.” In the book, Touré observed, “The proximity of Armageddon in this vision is very Adventist. This gives new color, perhaps, to the lines, ‘Trying to run from the destruction. You know I didn’t even care.’ If Prince is looking forward to Judgment Day, then it’d make sense that he’d be sitting pretty, ready to go to Heaven, while others are running scared. So, in 1999 , Prince sees others running from the apocalypse because they don’t know better, or because they fear death, but Prince doesn’t run and isn’t afraid because he knows what’s happening and he welcomes the end of days. … The apocalypse … would not be frightening for Prince, but could be thrilling. … He sings, ‘Can’t run from Revelation, no,’ and he doesn’t want to.”

“Many Adventists believe that Judgment Day will be accompanied or preceded by war,” Touré explained. “The downward spiral of society is a typically Adventist perspective. They believe the world will get much worse before the Second Coming and that the return of Christ will usher in a millennium of peace. [This] perspective fits with Prince’s dour, hopeless, pessimistic, look-at-the-messed-up-world songs like America, Pop Life and Sign O The Times. Interestingly, there is a popular Adventist magazine named Signs of the Times.” Touré continued, “Prince gave us an album that shares the name of an Adventist magazine, with a title track that speaks of the end of days scenario that would precede the return of Jesus. [Then] he pivots 180 degrees to create his most openly spiritual album to that point.”

“All the Adventists I spoke with said one Prince song employs far more SDA language than any other: 7 from the Symbol album. ‘It’s about the end of time,’ one told me. ‘It is exactly what we have been taught from a young age.’” Touré quoted an interview with Adventist writer Jason Hines. “What Prince describes in 7 is particularly in line with Adventist eschatology. The entirety of Prince’s 7 is a description of this final battle … after the Millennium [when] the New Jerusalem will come to Earth.”

Touré stated that in this song “we hear the forces aligned with Satan, and White’s certainty that the Army of God will defeat them” in Prince’s lyrics, “They stand in the way of love. And we sill smoke them all.” Touré quoted Hines pointing out that the first verse begins with a common phrase from Revelation, “And I saw an angel come down unto me,” and that visions in Scripture are often associated with the appearance of angels.

“In this vision, Prince sees or hears ‘an Army’s marching feet,’ which refers to the army Satan is using to attack the New Jerusalem. Prince then says that they ‘lay down on the sand of the sea.’ Hines said he may be talking about laying on the shore by the sea of glass, which is said to be in the heavenly city. Then, Prince says, ‘Before us animosity will stand and decree that we speak not of love, only blasphemy, and in the distance six others will curse me.’ This is Satan’s army being evil, lying about them, and cursing them.”

“Other Adventists said the second verse is quite common in their teaching,” Touré continued, quoting now from the Prince song, “And we will see a plague and a river of blood.” These are specifically mentioned in Revelation, Touré points out, and then quotes again from Prince’s lyrics; “And every evil soul will surely die in spite of their seven tears.” The song goes on to describe the defeat of Satan’s army and the eternal bliss that follows. “This is totally SDA,” Touré quotes an Adventist hearing the recording.

“Prince has shown an obsessive affinity for the number 7 throughout his career,” Toure stated. In addition to the song 7, the writer listed 19 more uses of seven in titles, key refrains and even graphics from various Prince recordings. Young people in his generation often shortened the label “Seventh-day Adventist” to simply a “Seven” in common speech.

The media have reported that Prince is a vegetarian. In 2006 he was voted the “world’s sexiest vegetarian” in the annual online poll conducted by People for the Ethical Treatment of Animals (PETA). The liner notes for his album Rave Un2 the Joy Fantastic  featured a message about the cruelty involved in wool production.

When Prince became a member of the Jehovah’s Witnesses he said he didn’t consider it a conversion, but a “realization … like Morpheus and Neo in The Matrix,” referring to the science fiction movie that focuses on philosophical and theological issues from a postmodern perspective. He attends meetings at a local Kingdom Hall and occasionally knocks on people’s doors to discuss his faith. Prince has reportedly needed double-hip-replacement surgery since 2005 but won’t undergo the operation unless it is a bloodless surgery because Jehovah’s Witnesses refuse to use blood transfusions. The condition is rumored to be aggravated by repeated onstage dancing in high-heeled boots. However, when Prince was interviewed in 2010, journalist Peter Willis said he believed the rumors of Prince needing double hip surgery to be unfounded and untrue because Prince appeared to be agile.

“The leaders of the denomination and the theologians may not be happy with the way Prince has expressed Adventist faith,” a veteran pastor told Adventist Today. “But the reality is that he has shared those concepts with many times more people than any of the denomination’s media ministries, publishing activities or evangelism campaigns. And that is the primary way in which faith is shared; it is outside the parameters of any training programs or media over which the organization has control.”