Righteousness by Faith Is for Everyone

During 29 years as a pastor in small multi-church districts, I made it my mission to declare righteousness by faith in every sermon. Ellen White wrote:

The sacrifice of Christ as an atonement for sin is the great truth around which all other truths cluster. In order to be rightly understood and appreciated, every truth in the Word of God, from Genesis to Revelation, must be studied in the light that streams from the cross of Calvary. I present before you the great, grand monument of mercy and regeneration, salvation and redemption, the Son of God uplifted on the cross. This is to be the foundation of every discourse given by our ministers. Gospel Workers 315. (7BC 457.3)

Though I focused so intensely on this message, I confess I often battled with my own legalism, viewing the shortcomings of others as sins worse than my own. As righteousness by faith became clearer to me, there was an evolution in my understanding of the brokenness of the world we live in, as well the brokenness in everyone’s life.

And one of the places that evolution took me was a conviction that I needed to come to the defense of LGBTQ+ people, and include them under the banner of Christ’s righteousness.

Righteousness by Faith for All

My journey begins and ends at the cross of Christ. I desire to try to follow the example of Paul when he said; “For I am determined not to know anything among you except Jesus Christ and Him crucified” (1 Corinthians 2:2 NKJV). We all need His saving grace, whether “Jew or Greek, slave or free, male or female” (Gal. 3:28), and I believe Paul, were he here, would add, “whether gay or straight.”

Paul wrote more of the New Testament epistles than anyone else. His proclamation of righteousness by faith in every one of his epistles is so uncompromising that it was quite offensive to the religious people of his day. His letter to the church in Galatia seems written with his sleeves rolled up and knuckles clenched white, doing battle with the church members and leaders who used God’s word to declare who could be members and who couldn’t.

Paul’s letter to the church in Rome is a fraternal twin to Galatians. But in Romans, instead of being a white-knuckled pugilist, Paul becomes a systematic theologian. Step by step he tears apart the sectarianism that had used God’s word to discriminate some, setting people apart based on interpretations made by those who were on the inside.

Jesus’ acceptance of the marginalized people in society got Him crucified. When his apostles continued to speak His message after His death, they received the same rejection: many died as martyrs.

Today, Christianity has become so formalized and traditional that the word “conservative” is seen as pious and righteous—such an odd reversal when compared to the One who was crucified for being too “liberal” for the religious people of His day.

It is ironic that Seventh-day Adventists, we who are so good at re-examining passages that have been misinterpreted by others, still hold Victorian-era interpretations of the texts that are purported to address LGBTQ+ people.

Regardless of whether traditional churches accept them or not, LGBTQ+ people are a part of the family of God, and are just as interested in spiritual issues as anyone else. They want to hear from someone who doesn’t misuse what are referred to as “clobber” verses—verses that are misinterpreted and used to clobber others.

Many Seventh-day Adventist theologians know that the LGBTQ+ clobber verses are misinterpreted, just as they are aware that the ordination of women in ministry is not against the Bible. However, the church is often just as stifled by the laity as the leadership, members who are unwilling to learn beyond the truths they or their ancestors were converted by.

The early Seventh-day Adventist church was proud to be a non-creedal church. Now members prevent the pastor from broadening the congregation’s understanding of God’s word beyond our 28-part creed. Pastors attend college and seminary to learn from the best of the best, and are then posted in churches where members—who may be experts in other fields—cannot accept that a pastor is an expert in biblical interpretation. In such settings, the old adage “the tail wagging the dog” becomes a prophecy of nearly biblical proportions.

But even Paul couldn’t change those who refused to accept that he had something to share that they didn’t understand.

While serving as a pastor in local congregations, I boldly stood up for women’s ordination. Particularly as the 2015 General Conference session was approaching, and knowing that there had been an assignment for Adventist theologians around the world to study the issue, I was convinced that it would pass.

I also believed my congregations would come to understand the theology behind the decision to finally ordain women. Oops—my mistake! It wasn’t a mistake in my theology, mind you—it was overwhelmingly agreed by theologians and Bible interpreters that there was no biblical case for not ordaining women in pastoral ministry. Why then was it not approved?

I continued to stand for women’s ordination. But the conservative traditionalists, who were cautiously following culture, only smiled, because in their minds they had been proven right by the General Conference vote.

Welcoming LGBTQ+ into the community

Similarly, I witnessed LGBTQ+ people who visited and desired to be a part of our congregations being kept at arm’s length, because of Victorian interpretations of passages that Adventism still holds to along with the rest of the evangelical community.

Ironically, many churches are willing to welcome the LGBTQ+ to worship, and gladly accept their offerings and tithes. But they cannot be baptized or become members. God might by grace accept them into heaven when Christ comes, I’ve heard people suggest, but they don’t measure up to the standard of the church on earth.

The founders of our church never could have imagined how much a part of conservative evangelicalism our Adventism would become!

Since retirement, I am determined to continue declaring “Jesus Christ and Him crucified.” I am committed to preaching righteousness by faith. I firmly support the priesthood of all believers. Paul was willing to die for proclaiming that the Gentiles (those in his day who were excluded by misunderstood verses in God’s word) were welcome, loved and accepted.

I too am willing to sacrifice my life for God’s grace. I am willing to be misunderstood, ignored, judged, or seen as having lost my way by those who, as expert as they may be in some other field, but are unwilling to accept my expertise in the field in which God called me: to preach grace for all from God’s word.

The “I told you so” cliché

I can hear the “I told you so” from the anti-women’s ordination folks. “I told you that if we give women equal rights, the next thing will be the gays.”

Wouldn’t that be horrible? Can you imagine what would happen if we ever got to the point of treating all of God’s children with equality? Where would remnant theology be? How would we be different or “peculiar”? What would it do to what we have always believed?

Read the New Testament. These same kinds of questions were asked by the pious synagogue-goers in Jesus’ day. No wonder Jesus was crucified! No wonder some of the apostles were martyred!

Maybe the church will never be color-blind. That hasn’t stopped God from using black and brown people in proclaiming freedom in Christ.

Maybe the church will never accept the LGBTQ+ community. But God is not limited by the church’s acceptance, because He administers righteousness by faith.

For me, I am willing to continue to be criticized with Paul for standing up for those who are marginalized today, just as he was in his day.

Hence, my mission to the LGBTQ+ community. Like Paul, who was determined to “know nothing but Jesus Christ and Him crucified,” yet dealt with many issues, I’ve turned my heart toward expanding the message of righteousness by faith beyond the people mentioned by Paul in Galatians 3:28, to LGBTQ+ people as well.

Righteousness by faith is for all of God’s people! 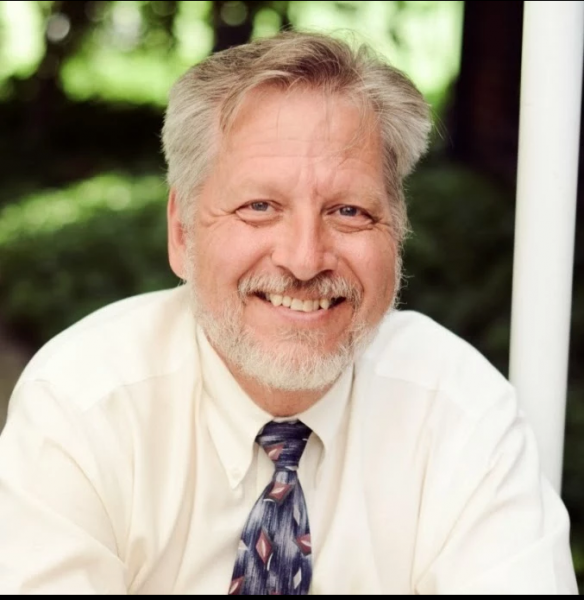 Chester Hitchcock is a retired pastor in Ohio. Chester’s YouTube ministry offers Christocentric messages for both straight and gay Christians who want to learn God’s word from a non-sectarian, non-discriminatory approach. Another of his projects is a Christocentric view of Revelation, also on his YouTube channel. He and his wife Michelle live in Medina, Ohio, where they enjoy bird watching, nature walks, and old movies.