This commentary corresponds to “Satan, a Defeated Enemy,” Sabbath School lesson for February 16-22

Some Christians fear the devil as a fierce opponent. But Revelation 12:11 reveals the secret of how he can be overcome: “by the blood of the Lamb and by the word of their testimony.” Christ has long defeated the devil and accomplished his work of redemption; he unmasked Satan through his death on the cross; therefore, the devil could afterwards be thrown out of heaven (v. 9). Jesus had announced to his disciples Satan’s expulsion from heaven (John 12:31; Luke 10:18).

Satan obviously still had access to the heavenly counsel in Old Testament times, as Job 1 and 2 shows. His expulsion from heaven could take place without risk after the crucifixion of Christ, because Satan had thus finally revealed his nature as a liar and “a murderer from the beginning” (John 8:44) through his efforts to kill the Son of God. Now there were no longer any doubts among the angels in heaven as to the legitimacy of the exclusion of Satan and his followers from the heavens.

Although the devil is a beaten enemy who fights furiously on (Rev 12:12–13) Christians can force him to retreat. But we do not have to fight against him; we should only withstand him (Eph 6:13-15), pleading the blood of Christ. Satan’s accusations have no effect, for the accuser of the Christians is rejected (Rev 12:10). Christ has better arguments to defend us. We only have to turn to him and confess him on earth by our testimony as he confesses us before the Father (Rev 3:5b).

This testimony (Greek: martyria) can, however, possibly become a blood testimony (martyrdom); therefore it is important not to love one’s earthly life unto death (Rev 12:11b). The martyrs whose souls were depicted under the altar didn’t do this; they were killed because of their testimony (Rev 6:9). Satan has a “great wrath, because he knows that his time is short” (Rev 12:12b ESV). He does everything to keep Christ out of our minds. It’s up to us if he will succeed.

There is more to discover in Revelation 12 (you can access additional commentary on it here). 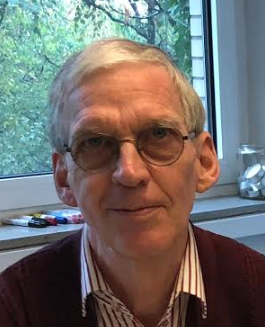 Nairobi Central Church: Internal Conflict or Successful Evangelism or Both? Adventist Tomorrow #12—Naked but Not Ashamed