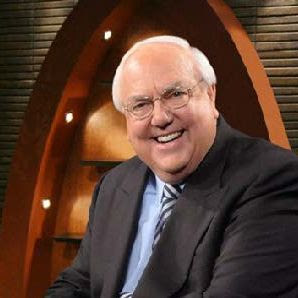 Schneider began life in Merrill, Wisconsin. He came to know Jesus, first when he was in the second grade and his family became Adventists, and again when he renewed his commitment while a senior at Wisconsin Academy, an Adventist secondary school.

He completed his Christian education at two Adventist colleges and the Theological Seminary at Andrews University. He and his wife, Marti, provided pastoral leadership to churches in Louisiana, Arkansas and Minnesota. He served in various conference staff positions in Oklahoma, Oregon and the old Central Union Conference. These all led him to service as president of five local conferences in the U.S.: Wyoming, New Jersey, Arkansas-Louisiana, Rocky Mountain and Northern California.

Marti Schneider worked for the Adventist Missions office at the General Conference. When the couple retired in 2010, they pastored the Denver South Church for three years, then in 2013 found a retirement home in Keene, Texas, near Southwestern Adventist University.

Pastor Steve Poenitz, executive secretary of the Lake Union Conference, who served with Schneider before he came to the Lake Union, said, “Having known Don and Marti Schneider from growing up under his leadership, I remember fondly his invariable sermon introduction. While he loved humor, nevertheless, Don would look seriously at his audience and testify, ‘I love Jesus. Jesus is my Best Friend. And I’d like for you to become His best friend, too!’ That testimony gives us a peek into his love for evangelism. I understand Don was one of the principals involved in the creation of the satellite seminars of the 1990s with Mark Finley and Dwight Nelson.”

Pastor Ricardo Graham, president of the Pacific Union Conference, said, “There is no doubt that Elder Don Schneider was a person who loved the Lord, his family and the Adventist Church. I served as a pastor under his leadership when he was president of the Northern California Conference. Charismatic as a person, he led with a passion for youth. … He was a fun-loving person who could relate a humorous anecdote and get a crowd laughing out loud, but he was serious about reaching souls for Jesus.”

In addition to his wife, survivors include his daughter, Carol, and son, Don Jr.