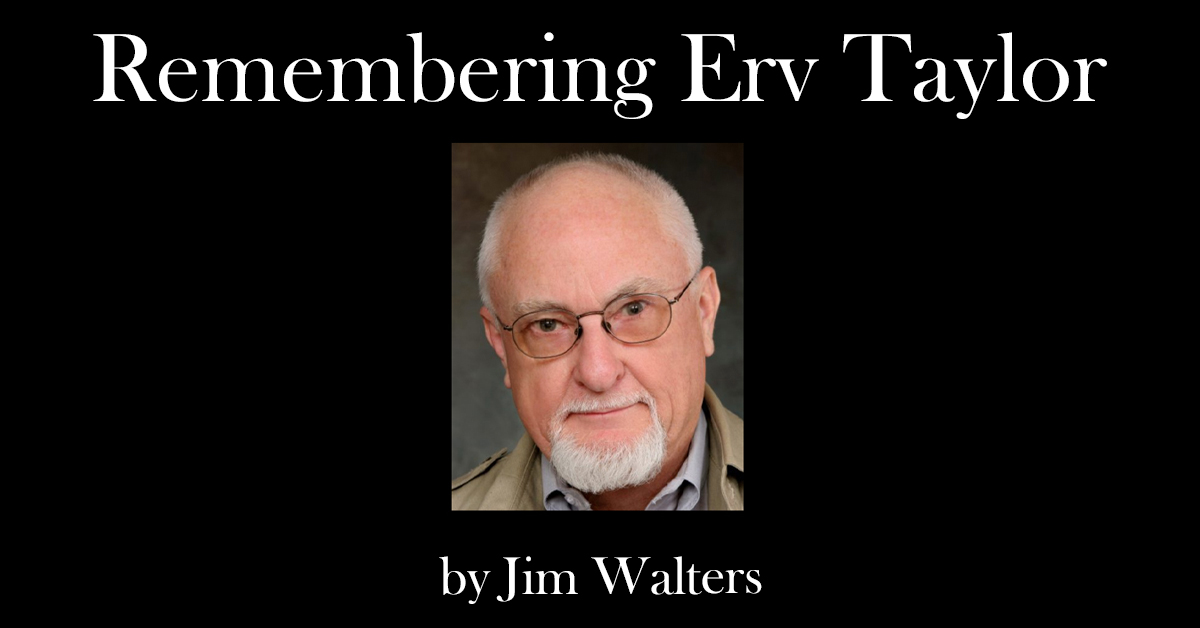 This is a tale of Royal Ervin Taylor, Jr. Really, it a tale of two Ervs—Erv the scientist and Erv the Adventist

But then there’s Erv the Adventist. He attended Lynwood Academy, where he met Marilyn, who he had the wisdom to begin dating in his junior year, on through Pacific Union College, and then nearly 60 years of an enduring marriage. At Lynnwood, he hung out with friends such as Lynn Mallery and Howard Flynn—both destined to become ministers. At Pacific Union College he enrolled as a religion major, only to be persuaded by Walter Utt to switch to history. Erv went to UCLA, but his heart was in the progressive Burbank church, where he heatedly discussed theology and church politics.

In the prime of his academic career, Erv came up with the idea of a religious journal, and Adventist Today was born. For several early years the Taylors gave thousands each year for the privilege of Erv volunteering at of Adventist Today, as an administrator, editor and writer. He published over 100 articles in Adventist Today. Katie recalls that her grandfather’s hobby was not something mundane like golf, hiking, or skiing, but writing religious and scientific columns for Adventist Today.

Some people who’d observe Erv from afar saw him as a skeptic, or even an unbeliever. But don’t believe it: Ervin R. Taylor was a believer. He’d confess it: “I’m a theist; I believe in God.” And Erv was a cordial, albeit probing, religious discussant. I don’t recall Erv ever being mean in his religions probing. He always had an engaging lilt, gaiety, to his religious discussions.

Erv was a believer—a humble one—but most important, he lived his religion. I agree with Jerry Winslow who once told Erv: “You’re one of the most faithful Adventists I’ve ever known”—said to Erv’s amazement! Jerry was right: Who is more regular in Sabbath School attendance, who else wants his Sabbath School to extend beyond it’s 2 hours to 2½ or 3 hrs! When I came to Loma Linda University in 1980 I was a bit puzzled that Erv Taylor, the distinguished UCR professor, lived in the heart of Loma Linda—not among the other academics in Riverside.

And I recall visiting Erv in the medical center when he was recovering from a brain aneurysm, where he resolved to visit patients like the man in the bed next to him, who was dying, without a soul coming to visit.

Beneath the ever-fervent scientist, there was Erv the believer whose undergirding religious sentiment is expressed in his favorite hymn, “A Mighty Fortress is Our God.” Deep within Erv’s soul there was a fervent hope for something more than this transient life, as seen in the closing words of a song he once suggested for a relative’s funeral: “When we all get to heaven, What a day of rejoicing that will be!” I have no doubt that Erv will be there rejoicing with us all!

I must have spoken a half dozen times to Erv about his health over the last month—about his low energy, insomnia, sporadic fevers, intestinal issues, spots on the liver, then a mass, when he was hospitalized and finally in a nursing facility. In all that time his underlying sentiment was consistent: he philosophically observed that none of us gets out this world alive—it’s not a question of whether, but of when. Erv could have penned Ecclesiastes: “For everything there is a season, and a time for every matter under heaven….” (Eccl. 3:1,11)

Others have sent me their own reflections on Erv.

Gillian Ford, Desmond Ford’s widow, after reading in Adventist Today that Erv had died, had this to say:

“He was a very good friend to Des, always kind. That was much appreciated.”

When I first met Erv Taylor, he introduced himself to me as a “curmudgeon”. Which made me like him immediately, since I like people who are honest about themselves. Erv readily admitted that what he loved more than almost anything was stirring things up, which he did with verve and brilliance.

From the time I became the Executive Editor of Adventist Today, I felt Erv there constantly. He was an engine in the heart of the organization. Not the kind that purrs quietly in the background, but the kind that pushes and powers and tumbles things around, that sometimes kept us moving forward, and sometimes threw us off balance. Because throwing off balance was something Erv enjoyed doing. It was in his DNA to not take anything at face value, which is, of course, what made him a good scientist. I knew that any issue we raised in Adventist Today, Erv would question it and explore it and turn it upside down and often find a new angle on it that I hadn’t even thought of.

As for pushing us forward, I can confidently say that Erv was Adventist Today’s biggest fan: I can’t think of anyone who loved us (the magazine and website, and the people who ran Adventist Today and supported it) more than Erv did, or anyone who was more passionate about what Adventist Today was and what it could be.

Erv was among the most interesting curmudgeons I’ve ever met, in sheer intellectual brilliance, as a good-natured trouble-maker, and a passionate supporter and cheerleader, and I will miss him. I don’t know what Erv thought about what happens after this life is over, but I know what I believe, and I’m looking forward to seeing him again. He will make the next life much more interesting. 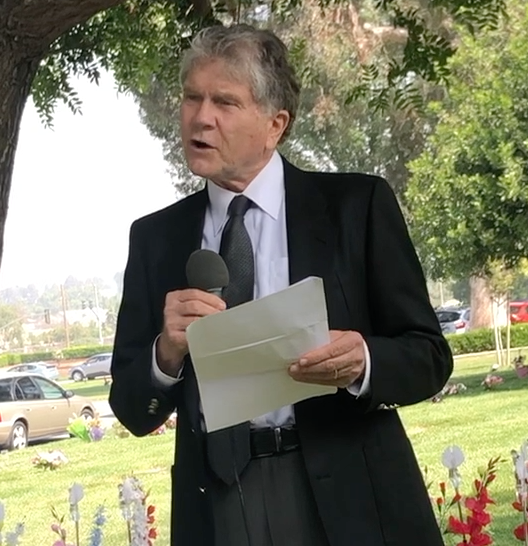 Jim Walters is a contributing editor for Adventist Today and a professor in the School of Religion at Loma Linda University.