Reinder Bruinsma: How Do European and American Adventism Differ? 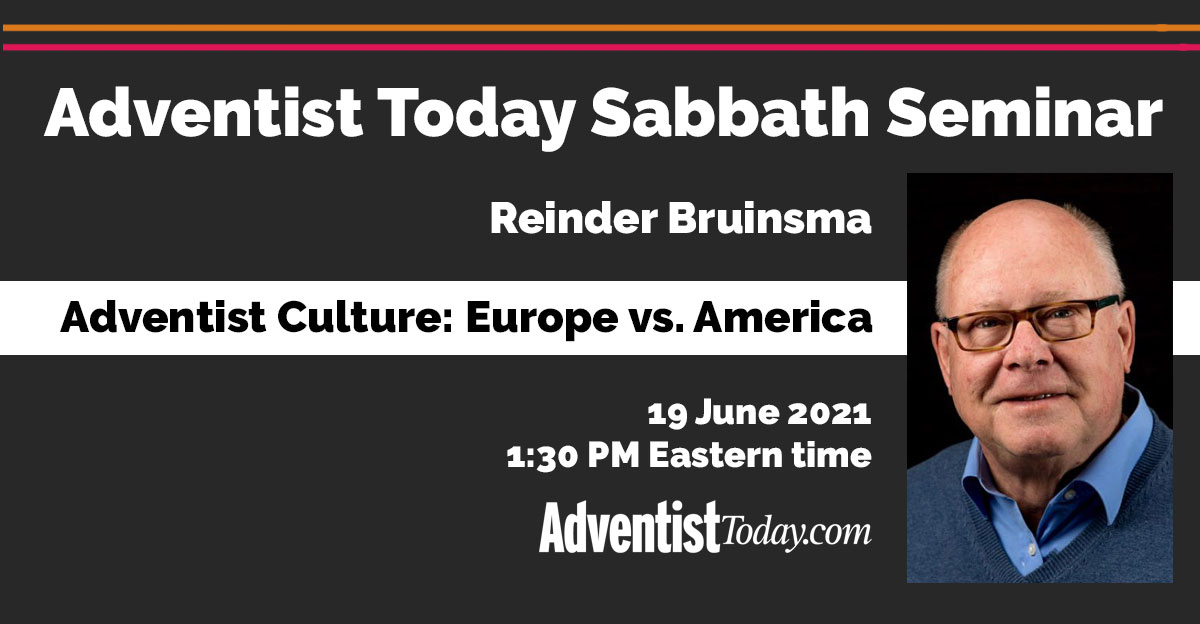 This week’s ATSS conversation is based on an essay Dr. Bruinsma wrote some years ago in Spectrum magazine. You can read the entire piece here.

It seems to me that much of Adventism’s pragmatic and almost entrepreneurial spirit is closely linked to the philosophical outlook that has long dominated in the United States. Although America has experienced a variety of schools of philosophy that passed through the Western world, (Scottish) common sense realism pervaded the world of the Adventist pioneers, and no current of thought has been so consistently central in the United States as utilitarianism and other forms of pragmatism. The democratization of theology and church life in America is at least as important. The idea that the layperson and the theologian are equally qualified to understand and interpret the Bible goes a long way toward explaining the hearing that uneducated people like William Miller, other Millerite leaders, and the Adventist pioneers received from so many people.

Furthermore, early Adventism was strongly influenced by a number of religious currents that were successful on the frontier, such as “primitive” forms of Protestantism like the Christian Connection and the American version of Methodism. Naturally, the strong Puritan hold on much of America’s early religious development also left its imprint on Adventism.

In addition, Adventism eagerly embraced the ideals of a number of reform movements promoted by other Christians in nineteenth-century America. Many early Adventists were involved with antislavery initiative, and they were deeply interested in the temperance movement and various aspects of health reform.

Adventism did not develop its theology in a vacuum. The shadow of anti-Trinitarian thinking, which some of the pioneers inherited from their religious roots, continued to hover for decades over the new movement. Adventist theology also shows the marks of what has often been called “America’s obsession with the millennium.”

Moreover, from the last decades of the nineteenth century onward, Seventh-day Adventism shared a strong anti-Catholic attitude with the majority of other Protestant Christians. A clear parallel can also be observed between waves of strong fundamentalist thinking in the Adventist Church and in American Protestantism in general.

In administrative matters, the organizational patterns and terminology adopted by the Adventist Church were clearly inspired by ecclesiastical models current in nineteenth- and twentieth-century America and by American political structures. The fact that the Adventist Church has adopted a presidential system is clearly linked to this heritage.

Likewise, important institutions in Adventism were borrowed and adapted from other American denominations. The Sabbath School—for adults and children—was clearly modeled after the evangelical Sunday School that originated late in the eighteenth century and was consolidated by 1870.

Some Seventh-day Adventist historians have eagerly searched for Adventism’s European roots. Possible connections with the Reformation, and, in particular, with certain strands of the Anabaptist movement (baptism and the Sabbath, for example) have been a prominent theme. However interesting such searches may be, the fact remains that the Seventh-day Adventist Church was—more than anything else—an American church imported into Europe from the United States.

Some of the first Adventist preachers and leaders in Europe were Americans born in Europe, or they were second-generation Americans. John Matteson and Louis R. Conradi are prime examples. Others, such as James Erzberger, converted to Adventism in Europe, but almost immediately left for the United States for further training.

Since then, European Adventism has retained many features that originated in the American cultural context. But interaction with other cultures has also influenced it, as can be seen among thousands of members who have migrated from the Caribbean region to Western Europe.

The movement of members within Europe has complicated the picture, as, notably, members from Romania and other Central European countries have migrated westward. If anything, their arrival in Western Europe has underscored the fact that European Adventism comes in several distinct varieties. In addition, there are marked differences between the Adventist subcultures of Southern Europe and Northern Europe.

But even when we factor in these differences in the way Adventism manifests itself in Europe, there is every justification to distinguish between American and European Adventism.

Loren Seibold is the executive editor of Adventist Today.

One-click link: https://zoom.us/j/96959488733
Passcode: She was the responsible sister to Mary and Lazarus. While Jesus said that “Mary has chosen the better part” when she listened to his teachings rather than helping in the kitchen, everyone was grateful that this good sister got the food on the table. Six characters, ALL CAPS.