COVID, Coercion & Conscience, a much-talked-about conference on the weekend of August 20-21 sponsored jointly by the Berrien Springs Village Seventh-day Adventist Church and the Liberty and Health Alliance, was billed as “neither an anti-vaccination, nor pro-vaccination event, rather it is a call to the full engagement of human agency in decision making, an effort to protect freedom of conscience, freedom of speech, and freedom to discover the truth in a responsible, faith-grounded community.”

Before the event there were claims that efforts were underway to cancel the event, which was promptly denied. These claims would later be repeated by members of the Liberty and Health Alliance.

Given the conflict about the event—and its close proximity to the community I call home—I wanted to see what exactly this would be about. Would it live up to its promise to have no particular stance on vaccination? Would we discover truth as a community?

I joined and followed it electronically.

There were presentations by Professor Bruce Cameron and Atty. Matthew Staver on the rights employees had with regard to vaccination requirements. The legal difference between the rights of private and public employers to constitutional protections was covered, and attendees were given guidance on how to handle workplace expectations.

Not particularly related to COVID was a mention by Professor Cameron of the threat the LGBTQ+ community posed to religious liberty.

While not the substance of the talk, the strongest memory some will take from these two legal sessions is perhaps the humorous combination of lighting and attire that led Professor Cameron—who was presenting remotely—to appear as a floating head while talking about a very serious topic. I’ll be honest that it left me more than a little distracted.

Dr. Conrad Vine, a member of the Village congregation and president of Adventist Frontier Missions, looked at how the church has experienced persecution in the past, and how it has often thrived rather than withered in those times. He issued a plea for the church to begin preparing to form underground churches in anticipation of soon-coming restrictions on our rights to worship as a denomination.

The remaining presentations outside of the panel discussions were done by medical doctors Peter McCullough and Roger Seheult, and they most certainly prompted the strongest reactions from the crowd and online community.

It was Dr. McCullough’s participation that was at the center of the conflict leading up to the event. Dr. McCullough has attracted a reputation—particularly among vaccine skeptics—through his appearances on cable news, before the Senate, and in prior presentations by the Liberty and Health Alliance. McCullough was not short of confidence: he began the presentation by pitting his resume against other health professionals in Michigan, and at one point declared that he was more accomplished than any of his peers because he “worked harder than anyone else on the planet.” Later he would share a slide containing his treatment advice that he would call “the most important slide in the world.”

Despite having heard about him prior to the event, I was surprised by the boldness of his claims. According to him, the vast majority of the medical establishment considers COVID-19 untreatable and won’t do anything to help patients until they are severely ill. He shared that doctors around the world who try and provide treatment are faced with losing their jobs and their medical licenses, and even face imprisonment.

Some of Dr. McCullough’s methods are not universally accepted by the medical establishment, which he addressed. The opposition view claims they are not established through peer-reviewed studies and clinical trials. McCullough responded by saying that these studies and trials aren’t always necessary, and called prescribing medications for treatment as a mixture of “science and art.”

This was particularly notable to me because later on in the presentation he said one of his major concerns about the vaccine was the lack of certain kinds of data from clinical trials.

As McCullough moved on into vaccination itself, his arguments clearly exceeded normal vaccine skepticism. He claimed that not only are vaccines not effective, but that they make things worse in just about every measurable way. According to him, the introduction of the vaccine is what fueled the rise of the more dangerous Delta variant. Furthermore, vaccinated individuals, according to him, carry 250 times the viral load as unvaccinated individuals—thus the reason for the increase in cases and hospitalizations is directly because of vaccinated individuals. He said that the vaccine is responsible for thousands of reported deaths according to the VAERS reporting system and that “no medical product has been so related to death as the COVID vaccine.”

When he declared that the vaccine should be pulled off the market he was met with loud applause from the audience. The alternative to the vaccine, he declared, was natural immunity, which would be “our savior.”

He was met with a standing ovation from those in attendance.

The rapid pace at which he moved made it difficult to follow the many references to studies and reports. I was thankful that the church provided the presentation slides of each speaker and archived video footage for review on their website. (This was particularly helpful for Professor Cameron’s presentation, as he had technical issues with his slides).

One of the challenges of our larger societal discourse around this topic is that many of our preferred formats for receiving information aren’t particularly conducive to rigorous scientific study—if we even have the skills to do it. Instead we are largely left to trust the information given to us as it briefly pops up on the screen—in this case, often for just a few seconds.

Dr. Seheult’s presentation the next day would have the same challenge as he raced through a large amount of information in a short timeframe.

It is easy to see why Dr. McCullough has become a hero for Adventists who are skeptical of or opposed to the vaccine. His presentation told a story that would be one of the great scandals of history—if he is right. The world governments, media companies and medical establishment—through a mixture of ignorance and malice—are neglecting his treatment plan, which would save tens of thousands of lives. Instead they are promoting and mandating the deadliest medical product in our history, despite clear evidence that they are wrong.

Standing against these world powers is the world’s most qualified medical expert who outworks everyone and has a treatment plan that is “the single most important slide in the world,” if only doctors weren’t so afraid to use it.

Dr. Roger Seheult stood out among the presenters as the lone opposing voice to the general consensus regarding vaccination and civil liberties. I was surprised but relieved to see that the event was indeed promoting multiple viewpoints in the search for truth as it had promised—up to that point it could be described as anything but diverse in views.

I was disappointed to learn from the Liberty and Health Alliance after the event that his presentation in support of vaccination, masking, and social distancing was actually not part of the plan.

He was originally invited to speak on the benefits of hydrotherapy as a treatment option. His presentation started on that topic by discussing the Adventist Church’s use of that treatment in the 1918 pandemic, and comparing its effectiveness to other treatment approaches of the era. He gave a brief explanation of how the treatment worked, and why it was effective.

He then switched gears to talk about the effectiveness of vaccinations and other measures such as masking and social distancing in preventing the illness. It was clear from the start that he anticipated a hostile response. Several times he nervously made an attempt at humor, saying that he had an off-road vehicle parked outside in case he was chased out of the building. As far as I could tell from the livestream, no one found it funny.

He explained how mRNA vaccines came to be, and how they are designed to work. He addressed some of McCullough’s claims about the danger of the spike protein and ineffectiveness of the vaccine. He said that vaccinated individuals are less at risk from COVID-19, both in terms of death and illness. He claimed that the increase in VAERS data over prior vaccines is a result of COVID-19 being a worldwide problem that everyone is thinking and talking about: the increased attention is naturally leading to an increase in interest in such reports.

He concluded with a statement that “Vaccines are not the ‘Mark of the Beast,’” but instead are “a medical intervention with risks and benefits that are provided by authorities.” He encouraged individuals to work with their medical providers to understand the facts and data so they can make an informed decision.

Given the claims of the event organizers, it was disappointing that the presenters and panelists were largely in alignment with each other—aside from Dr. Seheult, who clearly wasn’t acting in coordination with the expectations of the Liberty and Health Alliance. An event that leans only one way is not necessarily a problem, but it should be promoted as such so attendees know what to expect when they commit their time to it.

As I reflected on the meetings I began wondering how effective these types of events are at informing people, and helping them reach conclusions about what to do. Are people listening with an open mind? Or are they going in looking for an expert to validate already established conclusions?

Shortly after the event, as I looked for discussion about it, I noted that many seemed to be eagerly looking for someone who could discredit either Dr. McCullough or Dr. Seheult. It seems that many are certain that one of them is terribly wrong, even though they can’t necessarily articulate for themselves why.

It seems that Adventism faces the same division and uncertainty as the rest of the world regarding COVID-19, and I’m skeptical this event did anything to change that. 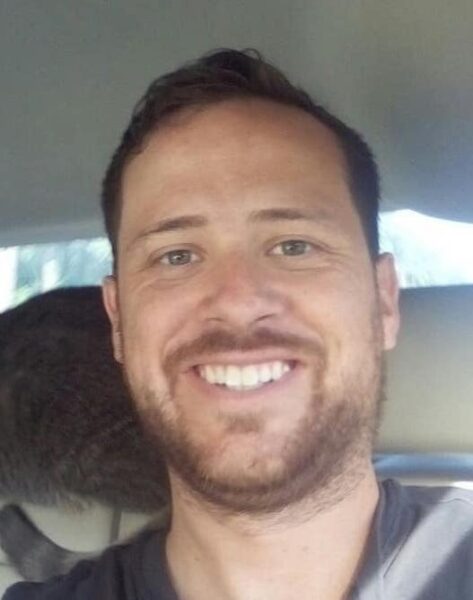 Ben Kreiter is an educator with a passion for studying the scriptures with students. He loves spending time outdoors with his wife and kids, and is currently finishing a graduate degree in Educational Leadership.

Aunt Sevvy, what about unfriending people on social media? The Battle Between Science and a Literal Interpretation of Noah’s Flood