Reaching Out Against Racism in Huntsville

The fatal events of this past summer in Charlottesville, Virginia which resulted in the death of a young heroine, Heather Heyer; and in the loss of moral authority on the subject of race for none other than the President of the United States, have in fact given the church an historic opportunity.

In an era of relative economic stability, the American nation is sharply divided. The nation is divided politically, but many of the issues that inform the divide involve racial, ethnic, and religious identity; and culture. Ironically, the issues and personalities which have been the most divisive have emerged in the aftermath—if not as a result of—the election and re-election of the nation’s first African American President; despite the fact President Barack Obama left the presidency after eight years in office with net positive job approval (poll) ratings..

One shudders to think how divided we might now be if the nation’s economy was actually showing signs of distress (recession or inflation); or of how divided might we yet become (in this environment) if the economy were to eventually take a downturn.

So things could be worse—but how bad are they now? Well, just a few months ago we witnessed Klansmen, neo-Nazis, white nationalists and supremacists of the alt-right variety, all marching and demonstrating in broad daylight, without hoods or masks; and doing so in an era and an environment of ubiquitous social media no less; wherein there is precious little, if any, privacy to begin with.

In other words, admitted racists and unambiguous bigots are now openly and boldly engaged in the public arena; and they are officially assembling in the public square; which is of course within their constitutional rights. However, the extent to which these types have a right to effectively incite the violence that their Charlottesville, Virginia demonstration precipitated is qualified (and quantified) in accordance with the Supreme Court’s landmark ruling in the 1969 Brandenburg v. Ohio case which held that, unless inflammatory speech is “directed to inciting or producing imminent lawless action and is likely to incite or produce such action,” the government cannot punish or prohibit it.

Unsurprisingly, in Charlottesville, demonstrators for hate along with the demonstrators against the removal of historic symbols and monuments to the defense of American slavery became involved in violent confrontations with counter protesters. Heather Heyer was killed by someone who was there to celebrate hate while she was there for the expressed purposes of countering and opposing hate.

The opportunity that this tragedy presents to the American faith community—and to the Christian faith community in particular—is found in the reality that both the marches of hatred and the marchers for hatred merely inhabit the vacuum that has been vacated by those who purport to be soldiers in the army of the Lover and Savior of the world. This is because darkness and the forces of darkness can only exist in the absence of light and/or in places where those who are called to be “the light of the world” (as in Matthew 5:14), and those who are the self-proclaimed followers of “the true Light” (as in John 1:9), are not present.

So, while the tragic loss of the young and vibrant life of Heather Heyer is nearly unspeakable in its depth, there may be a legitimate question as to whether the greater tragedy—in the grand scheme of things—is the abdication of the moral leadership of the Christian churches in America; which surely is as responsible for the contemporary revival of these haters as is the physical principle of horror vacui—nature abhors a vacuum; or as certain as is the fact of darkness representing the absence of light.

Here is an example of a solution. The weekend following the Charlottesville incident (and a subsequent presidential press conference debacle) the First Seventh-day Adventist Church in Huntsville, Alabama, under the leadership of Senior Pastor D.K. Snell, initiated an outreach, following worship services, to the community. Here is the experience of Mrs. Kimberlie Langford, a member of the church, and a participant in the outreach—in her words, and with her emphases.

“I must admit my heart was SO HEAVY from everything going on in the world…and I was having a problem trying to process all the recent injustices, because I was still STUCK on all the past ones that seem to have just been ignored. But I must say God always sends what we need right in the nick of time! His timing is PERFECT!!!

“First of all our Pastor delivered a sermon on LOVING our enemies that was so needed at a time like this; then our church went out into the community to promote love…to EVERYONE.

stopped me and asked me what church we were from. I told her where we were from [and] why we were there; and she told me she just had to get it on video because she was so touched by the singing and the children holding the love signs. She began to cry and apologize…telling me that all white people don’t feel the way they do in Charlottesville.

“By this time I’m crying too…assuring her that we don’t all feel that they do…and that’s why we’re trying to spread love; and all black people don’t think that.

“We talked…and cried…and hugged. Did we change the whole world in an instant? No. But…at least two people…who didn’t know each other from Adam…felt each other’s pain, and talked about it.

It certainly is. The challenge for the Christian in racist societies, or in societies wherein racism is prevalent, is that we are to love racists—all of whom hate many of us. The further challenge is that we are not to permit the certain reality of their racism to adversely affect our total brotherly love for them. These are among “The Rules of Engagement,” that Pastor Snell pointed out in his sermon directly preceding this outreach event—as he used the ‘race relations’ between Jews and the Samaritans in the parable of the Good Samaritan (at the time of that story) as the parallel for our time.

In the face of blatant and overt racism and bigotry in these undeniably evil days, perhaps another way to look at the challenges and opportunities presented by such Christ-ordained, human nature-defying ‘rules’ is that they are the real, ‘sho’nuff’ proof that we are indeed “saved by grace, through faith, and not of ourselves.” Because we certainly can’t love like that; yet it is Christ in us who can. 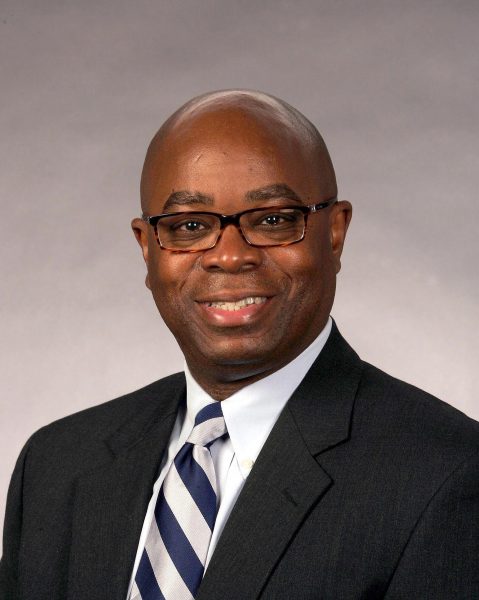 Stephen Foster is a freelance journalist and is retired media and advertising consultant (with AT&T). He has previously served as a layperson on the North American Division executive committee; and has been serving on the Oakwood University Board of Trustees since 2011. He is the widowed father of two adult daughters; and the grandfather of ‘the Magnificent Seven.’