Re-Claiming the Bible for a Non-Religious World 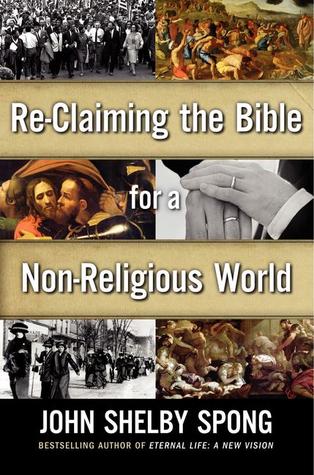 Let me preface this review with the following caution: If yours is an unshakable belief that the Bible is literally the word of God, read no further. If it's your belief that you are putting your soul in jeopardy by reading “heresy,” as defined by the 28 fundamental doctrines of the Adventist church, read no further. If you believe that Ellen White's biblical commentary will resolve any questions that might occur to you as you read the stories and history and poetry and wisdom literature and drama and prophecies and apocalyptic chapters in the biblical record, read no further.

If you're still with me, I have provided a Publisher’s Weekly review of the book. Following the review, there are two links: One will allow you to browse a significant portion of the book without charge; the other connects you to a YouTube interview with the author.

For most Adventists, an intellectual engagement with Spong’s ideas becomes a debate with a very skillful disputant. I believe that you will find the contest exhilarating and your faith enlivened.

“Episcopal bishop Spong, author of more than 20 books, may be retired, but he hasn’t stopped. His newest grows from a series of summer lectures that clue the people in the pews on the kinds of topics biblical scholars discuss among themselves: for example, biblical characters such as Judas and Joseph, Jesus’ earthly dad, appear to be literary creations.

“Everybody who hasn’t abruptly left the room on hearing it suggested that the Bible may not be literally true is in for a wonderful ride as Spong tours Christianity’s sacred text, leaving little unexamined and demythologized as he urges Christians to grow up and take the Bible seriously—just not literally. Spong’s arguments aren’t new, but he has the gift and motivation for making biblical scholarship accessible; he writes with charity and clarity. His fans will want this for Bible study groups; his detractors may simply decide that Spong, still unwelcome, is being his heretical self once again.”
https://www.publishersweekly.com/978-0-06-201128-2

A Spong YouTube Interview
Bishop Spong deplores the way the Bible has been used to justify most of the world's evils; from gender inequality, homosexuality and child abuse, to capital punishment, destruction of the environment, and the evils of birth control. In the interview, he discusses the rise of Muslim Fundamentalism and laments that congregations at mainstream churches are in freefall. (Originally aired May 2005)