For most people, home is a comfortable and safe place. But the home I grew up in was like living on an island with an active volcano. My father’s unpredictable rage could explode at any minute.

I remember once when my brother had finished in the bathroom he flushed and dropped the toilet seat lid. My dad grabbed my brother by his shirt and dragged him back into the bathroom. His anger intensified with each word.  “HOW… MANY …TIMES… HAVE… I …TOLD… YOU… NOT… TO… DROP… THE… TOILET… LID?!!  I’m going to teach you a lesson that you will never forget!” He locked the bathroom door, and with a 2×4 length of wood he beat my 12 year old brother.

Outside the door my mother begged my father to stop—to beat her instead. Finally, with a butter knife, she unlocked the bathroom door. My father looked at her and said, “I’m going to beat you too if you come in here!” He released my brother and grabbed my mother by her hair and began to beat her with the 2×4. He said he was going to kill her. I ran for the phone and called 911, pleading for them to hurry, that my father was going to kill my mother.

This was my reality. After these events I would pray, “Dear Jesus, we got through it this time—but from now on can we please be a happy family?”

Yet my father was also passionate about church and his love for God. While this may be hard to understand, both aspects of my father—his abusiveness and his passion for God—drove me to God, too. God was my constant invisible friend—despite and because of the trauma of our home.

I was envious of those that had fathers who loved and cherished their daughters. I also looked up to pastors: they appeared to be kind, loving, gentle, and godly—the father figure I craved. My brothers. too, developed close relationships with our pastors, who were aware of the ugliness at home and often reached out to offer what support they could.

Andrews University was a breath of fresh air. Freed from my father’s tight control, no longer repressed and beaten down, my own personality developed. My father had insisted I study business, but I chose to be a teacher. When it was time for student teaching, I decided to return home and do it at the academy I’d graduated from. My father was less dangerous than he’d been: since my brothers had outgrown him he couldn’t be as physically abusive. As we’d moved out into the world he’d lost some of the control he’d had over us.

My brother was a student chaplain at the academy and had a close relationship with the school chaplain, who had become a mentor of sorts. “Pastor,” as he was affectionately known, was loved by all. He was an amazing and gifted speaker. He had an oversized personality that drew students to him, and we loved him without reservation. He inspired loyalty as someone who exemplified what one would want in a pastor, father, friend and mentor. There was rarely a time when his office wasn’t crowded with students. It wasn’t uncommon to see students leaning on him, or his arm wrapped over their shoulder. Pastor’s hugs seemed natural in that environment. He was generous with his compliments and had the ability to effortlessly draw one in. He was indeed charismatic.

Students worked closely with Pastor to organize events such as youth rallies, vespers, and weeks of prayer.  As a student teacher, I found myself drawn into this world. During my own high school years I’d felt like a misfit—my goal then had been mere survival. Now I loved being part of the group. Pastor often had his 3 year old son with him during these events because his wife, a nurse, worked the evening shift. My love for children also drew me toward Pastor’s child, and I began babysitting for their family.

One evening when I was babysitting his son, Pastor came home earlier than expected. He put his son in the bath and asked me to keep him company as he packed for a trip he was taking the next day.

Conversation was easy, and he had a way of making me feel special and bringing me out of my shell. He knew about all the ugliness in my home. He also seemed to have the right words to comfort me, especially as right then I was nursing a broken heart because of a break-up. He was so sincere. He was someone I felt safe with. He was a pastor. His love for God overflowed in his sermons. He was a father. He adored his son. He was married. While I did not see him with his wife very often, I assumed he must have been a great husband too.

I perched on the edge of the bed, in what must have been the guest room, where he kept his clothes. In the background were the happy noises of his son playing in the bath.

Without any warning, Pastor, this man I trusted completely, pushed me back on the bed, pinning my small 5’3 100 pound body down, and pushed his member into my most sacred of places. He didn’t bother to remove my clothing, but rather forced himself through the leg of my shorts.

I was confused and shocked. His weight had me immobile. I told him he was hurting me. I begged him to stop. I told him I was a virgin. His reply was, “I won’t go in all the way.”

The rest was a blur.

Somehow I drove home, though I have no recollection of it. I went to the bathroom and sat down on the toilet. There was blood on my panties. I had just been robbed. I had been violated. I had been betrayed. My whole being felt as if it had been trampled on. I felt like life was no longer worth living. There appeared to me to be nothing left worth living for. No physical or emotional abuse I had endured by my father compared to the mind numbing devastation, confusion, betrayal and violation I felt.

I  was jarred to the present when my brother banged on the door for me to hurry up. I walked into my room and stood by the worn, old dresser, feeling a void that no words could possibly express. A flood of thoughts raced through my mind. Police! I should call the police! I had just been raped! I held my panties, staring at that red splotch. The screaming of my panties would not stop. I’ll call the police!

As quickly as the thought came, it left. How many times had the police been called to our house when my dad was abusing us, and they didn’t do a thing? I remembered the toilet seat incident: the policeman had looked at my mother’s thigh, discolored, black and blue from the violent swing of the 2×4. I remember the police officers mildly reprimanding my father, and then commiserating with him about the woes of living with women, and the challenges of married life.

As that memory came back, I knew the police were not an option.

How could I tell anyone that I had just been raped by Pastor? Who would I tell? Not my parents. What would they do with the knowledge? The dysfunction in my home had taught me at a very young age to fix things myself.

I was 22 years old. I was soon to have my degree in elementary education. My whole future was in front of me. Yet all I wanted to do was die. And, I wondered: was this my fault? Somehow it must have been.

While I sought God, my ever present heavenly Father, I also felt anger. Why had God allowed this? I had always tried to do the right thing. I alway obeyed. I always followed the rules. Where was God?

Yet even in my angriest moments I knew that God was still my all. 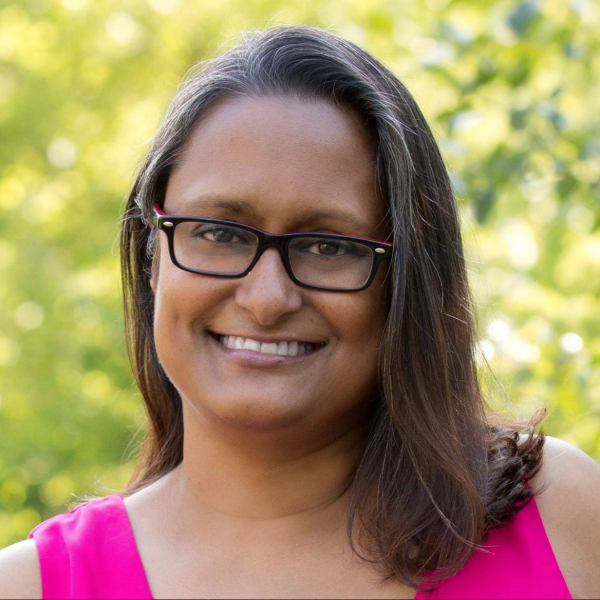 Reema Sukumaran is a speaker and author whose goal is to bring the topic of abuse by clergy out of the darkness, and to speak openly to leaders so they can recognize symptoms of unhealthy boundaries and burnout. She is the proud mother of six growing boys, and works alongside her husband, an audiologist. She resides in Ontario, Canada. Her website is ReemaTalks.com.