QAnon: Its Hour Come Round at Last?

Too often these days “The Second Coming,” William Butler Yeats’s prescient poem, comes to mind. It echoes The Book of Revelation and the world outside our windows. It’s as if the poem haunts every aspect of our social, political, economic, and religious lives: the “falcon cannot hear the falconer”; “things fall apart”; “the center cannot hold”; “mere anarchy is loosed upon the world”; and, most memorably, “the best lack all conviction, while the worst are full of passionate intensity.”

Yeats believes that there is “some revelation” at hand; in fact, “Surely the Second Coming is at hand.” For him the End will come in the form of a beast, as any Adventist weaned on John’s Revelation would agree:

A shape with lion body and the head of a man,
A gaze blank and pitiless as the sun,
Is moving its slow thighs, while all about it
Reel shadows of indignant desert birds.

Yeats concludes his poem with an unforgettably chilling couplet:

.  .  .  what rough beast, its hour come round at last,
Slouches towards Bethlehem to be born?

In our time, we must come to terms with a new “revelation,” a new “rough beast” awakened from its “stony sleep,” a new claim that “the Second Coming is at hand.”

There is no hyperbole in suggesting that QAnon’s eschatology is as heretical, as dangerous, even as life-threatening as any social or religious movement making similar millennial claims. For one thing, QAnon’s proclivity for violence has led the FBI to identify it as a domestic terrorism threat. For another thing, its “revelation” does not confine it to countercultural enclaves; it has reached all the way to Washington DC. Indeed, it has surfaced in Congress and even the White House.

While he was president, Donald Trump cultivated members of QAnon through tweets and retweets, at rallies, and in press conferences. He embraced the group because they loved him. But there seemed to have been more to the affinity between them than simply mutual admiration. QAnon believers flocked to his rallies, like evangelicals to a mega-church, where they wore their QAnon attire, sold their memorabilia, and waved giant Q flags. It was as if Trump and QAnon frolicked together in the same conspiratorial swamp. After all, as president Donald Trump shared QAnon’s conspiratorial mindset. He came to power with the “birther” conspiracy; he ended his presidency with the election “fraud” conspiracy; and in between he felt more at home in an alternative reality than the real thing. QAnon members saw him as “their people.” They virtually worshipped the man, many among them believing—hoping—Trump himself was Q.

We should care about QAnon because it matters to so many people. In normal times, it would have remained on the margins of society. In abnormal times, however, it is slouching towards the center, where “the center cannot hold.” We care about QAnon not because anywhere close to a majority of Adventist Today readers are likely to join the group. But because so many others have joined, and their numbers are too large to ignore.

Americans have always had a “lunatic fringe,” and at times the fringe has ballooned to thirty percent of the population. It’s the number that believed in Senator Joseph McCarthy’s anti-communist crusade long after he’d been disgraced. It’s the number that believed President Richard Nixon had been unfairly forced from the White House. But we’re in a different time. The white supremacist governor of Alabama, George Wallace, won just four southern states in his presidential run in 1968. In our time, Donald Trump won the presidency and amassed seventy-four million votes in his re-election bid. It’s hard to relegate the lunacy to a “fringe” when nearly half the country has gone mad, when the inmates are running the asylum.

We can learn about the center of American life—and the center of Adventist life, for that matter—by paying attention to the margins, especially when the margins are moving toward the mainstream. QAnon is by far the fastest-growing new “religion” of our time. We should, therefore, try to learn from its existence. We certainly have no right to look down our noses at it. Neither Americans in general nor Adventists in particular should throw stones in glass houses, especially when the glass mirrors our own reflection. QAnon is, at heart, a conspiracy theory, and Americans, including American Adventists, are no strangers to conspiracies.

In 2016, Edgar Maddison Welch stormed the pizzeria with an AR-15 long gun. He believed Hillary Clinton operated a pedophile ring in the basement. It turns out that there was no basement in the pizzeria, no pedophilia, Welch recanted his view, and is currently incarcerated for his crime. But QAnon was born.

Its revelation comes through 4chan, an image board with disgusting, brutal, and sickening graphics that are all untraceable. Its source—the vaunted and anonymous Q—predicts the arrest of Hillary Clinton. Q also claims Dr. Fauci is creating COVID-19 in the laboratory to infect mankind. The deep state is the culprit. If not Trump, Q may be someone with an intelligence or military background who has an insider’s proof that children around the world are being tortured and killed by elites. But however bad our world has become, Q suggests, in an oft-repeated trope, that things will become worse; we’re in “the calm before the storm.”

Though in what sense does QAnon consider this a “calm”? According to QAnon, elites in Hollywood, such as Tom Hanks or Oprah or Ellen DeGeneres, are abducting children to harvest their adrenochrome, an actual chemical compound but nothing like QAnon describes it. The elites access it by drinking the blood of children—which kills the kids—in order to gain eternal youth. In Washington, DC, every high-profile Democrat is doing the same thing. Adam Schiff, a ten-term congressman from California, supposedly raped the body of a dead boy. According to QAnon, Hillary Clinton assassinated John Kennedy, Jr., or John Kennedy Jr. faked his death and planned to join Clinton’s ticket as her vice-presidential candidate in 2016.

QAnon has little difficulty contradicting itself. Challenged by critics on their inconsistencies, QAnon believers offer a stock reply: “Do your own research. Make up your own mind.” Believers say that the prophecies in the book of Revelation bear out QAnon beliefs. Barack Obama and Hillary Clinton have been engaged in a sixteen-year plot to destroy the United States by way of a mass drought, weaponized disease, food shortages, and nuclear war.

Prior to the 2020 election, QAnon adherents predicted major outbreaks of violence if Trump lost the election. With his loss, they came to the forefront in rejecting the results of the election. They supported imposing martial law in the battleground states to reverse the election results. At times Trump seemed to agree. He called to the White House Michael Flynn and Sidney Powell—both tied to QAnon—to discuss what amounted to a coup.

Why do people believe conspiracies?

How do people ever believe in such far-fetched conspiracy theories? In the first place, it has little to do with being right-wing or left. Both fringes produce their share of crazies. It has to do with whether you’re hard-wired to believe in this stuff. Believers in conspiracy theories have the brains for it. Second, it involves believing that our lives are controlled by plots hatched in a secret place by a hidden group working against the rest of us. These people pulling the strings leave little evidence that they are doing so. That’s because, naturally, they want the evidence concealed. Ironically, then, the best evidence for a conspiracy theory is no evidence at all.

Belief in a conspiracy asserts faith over reason. In fact, the proliferation of our era’s “conspiranoia” implies, for some, that much of America has turned its back on the Enlightenment. Whatever else it is, QAnon functions as a religion for millions of people. The language of evangelicalism defines it. Through this new, strange, indigenous American religion, earnest, well-meaning people seek rebirth, a Great Awakening, and they’ll wait as long as necessary for deliverance. Their lives may be disrupted; they may have lost jobs; and they may have contracted COVID-19.  In their “time of trouble,” they may be sitting alone at a computer screen, hurling messages into a void. But deliverance is at hand. QAnon members will tell you: “It’s not a theory. It’s the foretelling of things to come.”

Seventh-day Adventists were once a new religion. They knew what it was like to be a “peculiar people” who believed in doctrines other people found strange (though hardly as strange as QAnon). These Adventists were not hunched over their keyboards like QAnon. They read church papers, pamphlets and books. It had to do with each of these groups being a “scattered flock” whose members spent a lot of time alone. Adventists knew, as does QAnon, what it was like to hold conspiratorial views of a world that plotted against them. They understood that persecution preceded deliverance. They also knew what it was like to imagine the Second Coming as a “rough beast”—pitiless and terrifying—before it was glorious.

It may be time to draw the Venn diagram: how are Adventists similar to QAnon and how are they different? Adventists never have gravitated to the violence inherent in QAnon. But that should not end our comparison and contrast. I like the QAnon idea “Do your own research. Make up your own mind.” But for some Adventists and many QAnon members, a G.K. Chesterton comment rings a little too true: “Though St. John the evangelist saw many strange creatures in his vision, he saw no creatures so wild as one of his own commentators.”

*For information on QAnon, I have relied heavily on Adrienne LaFrance, “Nothing Can Stop What Is Coming,” The Atlantic (June 2020): 26-38. 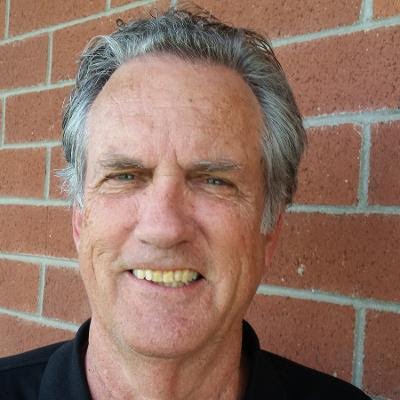 Jonathan Butler lives in Riverside, California, where he has taught religion and history at the high school and college level. He has also published two books and many articles, most notably on Adventist history. He and his wife, Marianne, have two daughters, four grandchildren and a chihuahua. They look forward to being able to hug their grandkids again.