By AT News Team, Jan. 9, 2015:   After finishing his experimental “Year Without God,” Ryan Bell, who was a Seventh-day Adventist pastor for 19 years, concluded that most likely there is no God.

In December 2013 Bell announced that he would spend 2014 “trying on” atheism. Bell described the project on his blog, “For the next 12 months I will live as if there is no God. I will not pray, read the Bible for inspiration, refer to God as the cause of things or hope that God might intervene and change my own or someone else’s circumstances.” Bell said he would read atheist texts, explore approaches to atheism, meet with atheists personally and attend atheist gatherings. “In short, I will do whatever I can to enter the world of atheism and live, for a year, as an atheist. It’s important to make the distinction that I am not an atheist. At least not yet.”

After the year of exploring atheism, Bell is now able to put a label on his views about God’s existence. “I describe myself as an agnostic atheist, which means that I don’t think there’s a God, but I don’t know for sure. And I don’t think anybody can know for sure,” Bell told Adventist Today.

Bell shared how the experiment developed: “It came up very off-handedly over lunch. There was no real strategy. I was feeling a little frustrated with my unemployment and my theological questions that were coming to the surface a bit more. I had just picked up a book at a neighborhood bookstore called Religion without God, when I was meeting a friend for lunch. We started talking about why I chose that book. … I knew there was this new literature, and I was really interested in it because I wasn’t sure if I believed in God anymore. I told my friend at lunch, ‘Maybe I’ll become an atheist for a year and just see how that feels.’”

This same friend encouraged Bell to write a blog about the experiment, which Bell did. He also sent the original announcement to The Huffington Post. “They published it, and it just went crazy, which was a huge surprise to me,” Bell revealed. Bell insists he was not seeking to merely promote himself with a media campaign. “I say this to people: I challenge you to make a media splash. Try it and see how it goes. I’ve tried before with church stuff, and at PATH [a nonprofit agency addressing homelessness] we’re constantly trying to get our name out more. It’s difficult. You never know what’s going to strike a chord with people.” Clearly, this did strike a chord because soon Bell was receiving attention from national and international media.

The seeds that sprouted into the yearlong experiment had been germinating for quite some time prior to this lunch-time conversation. In his announcement of the project, Bell shared some of the ethical and theological stances that made him feel out-of-place within the Adventist Church and that led to him being asked to resign—the Church’s treatment of gay, lesbian, bisexual and transgendered members; treatment of women; approaches to outreach; resistance to interfaith activities; “remnant” theology; and aspects of eschatology.

Eventually, these growing differences caused a wedge that resulted in the end of his eight-year leadership as senior pastor at the Hollywood Adventist Church. Once he was no longer employed as a pastor, Bell felt more free to explore some of the questions, doubts and concerns that had been growing over time, questions that led to the spontaneous conversation with his friend over lunch.

Bell sees his quest—both the search for truth as well as the consequences of the search—as consistent with the spirit of early Adventists. “To me no matter what conclusion you arrive at about present truth, it’s that pursuit of present truth that is the impulse of Adventism. … I lost my jobs over the pursuit of the truth, but Adventist pioneers lost their jobs over it too. I disagree with their conclusions, but I think that spirit of searching for the truth and this idea that there’s present truth—always something new to be learned or discovered—that to me is an Adventist spirit.”

Despite his new beliefs about God’s non-existence, Bell continues to value some aspects of Adventist faith, specifically a day of rest and a certain view of politics. “I’m not doing a very good job of practicing it at the moment, but I definitely think that the rhythm of Sabbath is something that is healthy and beautiful. It doesn’t need to be on any particular day, and it doesn’t have to be from God, but I think the practice of ceasing from work and being more attentive to the important people in your life, and perhaps taking a day and giving away your time to others, is a very healthy practice,” he said. “I think my politics … around peace and justice are actually things I learned from Christianity and in part from my attempt to make Adventism more relevant.”

Although Bell’s focus during his “Year Without God” was on the question of God’s existence, Bell stated that this question is not the most pressing concern to him. “What I think are the most important questions are the questions that pertain to how we live now. This is where I actually find Jesus to be quite a compelling character because he—sort of against his cultural stream—focused on the immediate needs of his community, the people that he encountered.”

“To me the question of whether there’s a god or not,” Bell continued, “sort of pales in comparison to questions like, How should we live with one another? What are we going to do about the climate crisis? What are we going to do about income inequality and racism?” These humanitarian commitments are consistent with Bell’s new job as director of community engagement at PATH, a network of agencies working to end homelessness in Los Angeles.

With the “Year Without God” experiment now completed, two projects are in development to share this journey with others. First, Bell is working on a book about the experience. Second, Ryan Moore and Tim Banks are making a documentary about the year. “They’ve been following me around as much as possible this year, as much as I would let them. I’m not a producer or a film maker. I’m the subject. I basically told them that they could do it,” says Bell. Rather than a “hit piece” against Christianity, Bell says the film will show “what it’s like to be in this in-between place where you’re struggling with doubts and questions. It’s one story of how someone navigated that.”

NOTE: For a more detailed look at these topics and much more, see the recent Adventist Today interview with Ryan Bell (link). 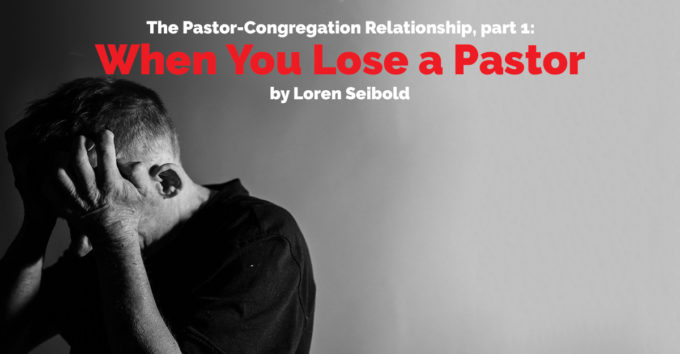 The Pastor-Congregation Relationship: When You Lose a Pastor
Interview with Ryan Bell, Former Adventist Pastor