A concept that was of great importance to our Adventist ancestors was “present truth”—truth that shows God’s guidance at our particular point in time. In this essay I look at the context of Daniel 8-12 to explore what prophetic present truth is.

Daniel 2 and 7 give us the sweep of prophetic history from Daniel’s time all the way to God’s kingdom, but they don’t mention the time of the end or give us the end time detail of Daniel 11 and 12.

Daniel 8-12 is a unit: the symbolic vision of chapter 8 is followed by three interpretations in 8, 9 and 10-12 that explain and expand on that vision. The three parts describe what Revelation 10 means when it says the little book will be opened, be sweet, and turn bitter, after which the prophetic message must be proclaimed again. The context of Daniel 8-12 also indicates that the prophetic message will be repeated, and tracks the Adventist movement’s history of understanding present truth in prophecy.

Daniel 8 describes the cleansing of the sanctuary and the 2300 days. We understood this in the 1840s—it was present truth for that time.  However, Daniel 8 does not extend to God’s kingdom, so it is not complete, or end-time, present truth.

In 1888 we understood the central role of Christ and His righteousness, which is the topic of Daniel 9. However, Daniel 9 does not reach to God’s kingdom either.

Daniel 10-12 repeats the story from the beginning in Daniel’s time all the way to God’s kingdom, and Daniel finally understands the 8-12 vision. If Daniel does not understand the vision without chapters 11 & 12, then we won’t either. This would mean that it is present truth for the time of the end (12:4). Daniel 10-12 also have Jesus as the Prince of the Covenant (11:22) and Jesus rescuing His people (12:1) more clearly than in any other vision in Daniel, so the message is Christ-centered.

Daniel Out of Context

Because we have not understood this, we have erroneously presented Daniel 7, 8 and 9 as present truth. As a result, our prophetic message has grown stale and lost momentum, as shown by loss of interest in that message by many of our youth, members, and the community we seek to reach. The old truths are still true, but they are not present truth. They do not gain and hold the attention of people today.

I have seen more and more articles discussing options of what our present truth prophetic message should be today. For example, articles in Adventist Today recently suggested that the little horn of Daniel 7 is Donald Trump. The context, however, shows that we do not need to reshape our understanding of Daniel 7 to make it present truth. When we add the present truth component of Daniel 11 and 12, then Daniel 7 makes sense as we have already understood it.

So what is in Daniel 10-12 that could go beyond the prophecies of Daniel 2,7, and 8? There are a growing number of scholars who see Islam alluded to in Daniel 11. (See Roy Gane, “Methodology for Interpretation of Daniel 11:2-12:3,” Journal of Adventist Theological Society vol. 27-2; and Michael Younker, “The Rise of Global Christianity,” Perspective Digest, Vol. 20-3).

Chapter 11 begins with a series of powers that occupy Israel and Jerusalem from the north—first the Persians (11:2), and then the Greeks under Alexander (11:2-4). Next comes the splitting of the Greek Empire after Alexander’s death. The “king of the north” refers to the Seleucid kings, while the “king of the south” is the Ptolemies of Egypt. These two powers fought many wars between 300 BC-60 BC, with Jerusalem caught in the middle (11:5-19).

Eventually the rising Roman power occupies Israel from the north. During that time, Jesus, “Prince of the Covenant,” dies (11:20-22).

I believe the prophecy next predicts the split of the Roman Empire into northern and southern parts. In the centuries after Jesus’ death, the northern part became Christian under papal leadership. The southern part became Islamic under the leadership of the Muslim caliphs. Again, Jerusalem was and is caught in the middle of conflict between major powers 11:23-45).

For many years Adventists have debated if Daniel 11:23 and following are literal/geopolitical or are they symbolic/religious?  When explaining Daniel’s prophecies in Matt. 24:15-31 Jesus gives a two-fold explanation, including a literal fall of Jerusalem, and then adds a global religious application for the faithful. (See also GC 25, 36)

My interpretation in this article adopts Jesus’ two-track application, with the papacy and Islam involved in military conflicts, along with a parallel religious application for all God’s people of faith globally. I believe global religious application is illustrated by the day of worship: the king of the North did not want to be called Jewish, so changed the day of worship from Sabbath to Sunday, while the king of the South changed it to Friday. Ever since, God’s true Sabbath-keeping Israel of faith have been caught in the middle.

Daniel 11 describes three conflicts between Islam and papal-led Christianity, the king of the South and the king of the North. Verses 25–28 describes the first Christian/Islamic conflict-the Crusades. The Christian world follows the papacy into the Crusades because of the threat of Islam. The second conflict is between Christianity and Ottoman Islam around the same period as the Protestant Reformation (11:29-39). Once again, the papacy is the organizing power of the Christian world and for the second time, papal-led Christianity stops the spread of Islam. Both the Christian and the Muslim forces believed their actions were predicted in Daniel 11:29-39. (See “Cyprus in Ottoman and Venetian Political Imagination, c. 1489-1582″ by Tamás Kiss, Doctoral School of History at Central European Univ., pp 160-171.)

The third and final conflict between Islam and Christianity happens just before the end of the world. I believe it is now beginning in the Middle East.

This third conflict is described as being brief and like a whirlwind:

At the time of the end the king of the South shall attack [the king of the North]; and the king of the North shall come against him like a whirlwind, with chariots, horsemen, and with many ships; and he shall enter the countries, overwhelm them, and pass through. He shall also enter the Glorious Land, and many countries shall be overthrown… but these shall escape from his hand: Edom, Moab, and the prominent people of Ammon. He shall stretch out his hand against the countries, and the land of Egypt shall not escape. He shall have power over the treasures of gold and silver, and over all the precious things of Egypt; also the Libyans and Ethiopians shall follow at his heels (Daniel 11:40–43.)

In this third and final conflict, the king of the South (radical Islam) launches a provocative attack on the king of the North (papal-led Christianity), and the North responds with a devastating counter-attack.

Between North and South

Edom, Moab, and Ammon (today’s western Jordan) will escape the king of the North’s attack. They come in beside God’s people, Israel, geopolitically and cooperate with Israel. They also represent those within Islam who join with God’s true people and follow Jesus and the Bible at the end of time. Note that place names consistently have both literal and global application.

Apparent recent fulfilments of Daniel 11 indicate we are rapidly approaching the end of Bible prophecy. The third holy war could quickly intensify and end. Following this third conflict, those true Christians who do not follow papal-led Christianity (remnant from the king of the North), along with “Edom, Moab, and Ammon” (remnant from the king of the South), will unite and share God’s last warning message to the world and we will see the greatest evangelistic outreach of all time, preparing for the coming of Jesus Christ.

How close are we to this third and final conflict? In summer 2014, for the first time since the Ottoman Empire, a Muslim leader effectively declared himself caliph of a new caliphate. (A caliphate is the political and religious government of all Islam.) His name is Abu Bakr al-Baghdadi, the leader of the Islamic State, or ISIS.

What is the goal of the Islamic State? To conquer the world for Islam: “Abu Bakr al-Baghdadi, the self-proclaimed leader of the ‘Islamic State’ stretching across Iraq and Syria, has vowed to lead the conquest of Rome as he called on Muslims to immigrate to his new land to fight under its banner around the globe” (The Telegraph, July 1, 2014).

Six weeks after al-Baghdadi’s proclamation, on August 7, 2014, the pope, for the first time since the Ottoman Empire, called for military action against Islam. About 36 hours later the  United States began to bomb the Islamic State. Donald Trump has declared that he will eradicate radical Islamic terrorism from the face of the earth. Meanwhile, the Saudi’s leadership has declared that radical, or caliphate by force, Islam is false (including Turkey and Iran) and must be stopped. They have sided with the US and the Christian world just as the prophecy indicates moderates will do.

Meanwhile, India, China and Russia are all opposed to radical Islam. So they would all follow the papal side in a holy war against a violent form of Islam, just as the world did in the days of the Crusades and the Ottomans. As the third conflict expands, most of the world will unite with papal-led Christianity to fight against radical Islam, just as predicted in Rev. 13:3. At the same time God is pouring out dreams and visions to prepare His Muslim remnant. We can expect that this holy war will be brutal, decisive, and relatively short. Radical Islam will be overthrown, and papal-led Christianity will be victorious. Papal-led Christianity will then try to force non-biblical traditions and beliefs on the world.

At that time, God’s true people of faith (a remnant from both Christianity and Islam), who follow Jesus and the Bible, not the traditions of the church, will resist the king of the North (papal-led Christianity). They will share God’s true message with the world, the “loud cry,” and the king of the North will then attack them. At that point, according to the prophecy (Daniel 12:1-3), God will intervene in a series of dramatic events and will deliver His people and establish His eternal kingdom.

When the natural progression of Daniel 8-12 is followed, then the present truth of Daniel 11 and 12 makes complete sense for our world today. We do not need to rehash the earlier teachings, for they are still accurate, but the focus must be on the new prophetic material. For the last 8 years I have presented Daniel 11 seminars in churches and to the public, and find that preaching it in this context makes even young adults find prophecy interesting again. Both conservative and progressive churches appreciate it.

Some have been afraid that this message will anger Muslims. To the contrary. I have repeatedly found that I can walk into mosques and make friends using this material. 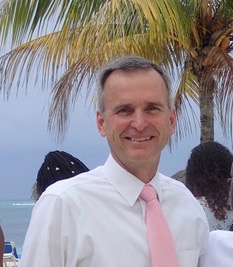 Tim Roosenberg is husband to Karen and a father of four. He is an evangelist in the Idaho Conference, and author of the book Islam & Christianity In Prophecy, which is a study of Daniel 11. He writes on prophecy and shares resources at islamandchristianity.org.