For several days recently, I got lost: buried in the pages of a historical novel sent to me by my nephew.

In Pontius Pilate, a novel first published in 1968 and now in its 3rd edition, it’s evident that author Paul Maier has the gift of making ancient history come alive. Maier is Professor Emeritus of Ancient History at Western Michigan University. In this historical novel he provides captivating insights into the cross-currents of political, religious and cultural life at the crossroads of empires that was Palestine during the days of Jesus of Nazareth, as seen through the eyes of a loyal young prefect sent there by Rome.

The geographical details—sea and land transport systems, cities such as Alexandria in Egypt, Caesarea Maritima, and Jerusalem—are described with colors and smells to titillate our imagination. Archeological details such as coins, the temple balustrade (excluding gentiles from the inner court of the sanctuary precinct), and aqueducts such as Ezekiel’s tunnel lend persuasive effect to the historicity of the narrative.

It is Maier’s graphic depiction of the New Testament setting, particularly the detailed power structure and dynamics of the Roman Empire, that I appreciate the most. He illustrates the tension between the military might of the Caesars and senatorial republicans in maintaining control in governing in a world of competing religious worldviews—in this case, pagan Rome vs. Judaism.

But first century Judaism itself suffers from an awkward and complex tension between factions of coexisting Pharisees, Sadducees, Essences, Zealots, Samaritans and the semi-Jewish Herodian Tetrarchy.

The story takes me back to my first year at seminary when I first understood clearly why the character of Jesus, who had to carefully but courageously negotiate the tricky labyrinth of human contradictions, was worth falling in love with.

Pilate walks the tightrope, balancing diplomacy with tolerance and disciplined firmness. As a family man—whose significant marital relationship is with his wife, Procula—he tugs at our sympathies as we see him bounced around between Rome, Caesarea, and Jerusalem. Maier creatively exploits their vulnerabilities to maximum effect.

The more familiar storyline of Yeshua the Nazarene is given a more subtle and secondary role here than in most treatments of His life and teachings, such as our own The Desire of Ages. Yet the christos finds all the more significant historical and cultural relevance within the framework of Maier’s characters and events around the second temple economy and Judaism.

Maier illustrates Reformation theology by showing how the letter of the law kills, but the Spirit (through and in Jesus Christ, the healer of diseased, disabled, resurrecting Lazarus) brings life. The Sanhedrin’s intransigence in legalistic interpretation of Mosaic laws, particularly against idolatry (Roman insignias, war shields, Caligula’s planned ‘abomination’ idol in the temple) provides a driving undercurrent to a narrative rich with dramatic confrontations, moral/ethical dilemmas and hazard-fraught political maneuverings. Experienced, zealous Jewish crowds, having mastered the art of asymmetric warfare against their heavily armed conquering overlords, provide recurring waves of crises for Pontius Pilate.

Ambiguity in Tiberius’ expectations of how his outpost prefect deals with Judean insurrections adds further precariousness to Pilate’s position. However, Maier gives much more insight than the Synoptic Gospel writers to the legal skills involved in contests of wits with the Senhedrin as accusatores, over the forum delicti/domicilii, maiestas, jus gladii (chapter 18), where the boundaries between Jewish and empire-political jurisprudence make riveting reading.

I was transfixed by the new light this treatment of Roman forensic procedures casts on the innocently calm Messiah’s words, “The one who handed me over to you is guilty of a greater sin” (John 19:11). But I also found the poignant reference to Plato’s “the innocent man” (chapter 19) startlingly profound, and the comical portrayal of the mad Caligula (chapter 24) highly entertaining—though maybe I shouldn’t have.

Beyond the conventional set of facts around the life, death, resurrection of Jesus, and furthermore, the witness of His rational and upstanding followers that provides chapters of content in Christian apologetics books, Maier features, but does not develop fully, the theme of cosmic conflict dimension in the events around the crucifixion on Golgotha. The retelling of the gospel narratives addresses hearers from romantic, superstitious stages of faith development to higher universal, moral/ethical principles. They do include omens in the skies, as Maier exploits the astrology and astronomical references of the three magi in featuring “Thrasyllus of Rhodes… court astrologer” (chapter 3).

But the author also positions Pilate as an agent in a cosmic, universe-wide dimension of salvation history. God had used the bumbling prefect to fulfill His grand purpose. When Pilate said to Cornelius, “Then why didn’t your god burn me with a thunderbolt the moment I condemned his son to the cross?… A cosmic crime!” Cornelius replied,

…it happened by a higher design according to which both Jews and gentiles were to be responsible for … this sacrifice. Just as all classes joined in condemning the Christos, so, by divine reflex, his death and resurrection atoned for all classes, all races. You then took part in making the faith universal… (chapter 26).

I would have liked to see Maier fuse these two cosmic themes to explore further another multi-dimensional layer of the gospel where the Cross of Christ “must be seen by angels” for assurance of God’s omnipotence and sovereignty in solving the problem of sin and evil in the universe.

A Serious First Look into the Tomb

Those of us who still choose city life—not yet “fleeing to the hills”—may wish to take seriously our responsibility to witness for Christ among the throngs of urbanized secular-minded populace. And you may find Maier’s Pontius Pilate helpful to engage the minds of skeptics. Indeed, the main character in this narrative, Pontius himself, is cast as one who rejects the supernatural, miracles, and therefore the resurrection of Jesus.

But Maier skillfully weaves history, archeology, and New Testament narratives to invite the skeptic to peer into the empty tomb of Jesus to confront the facts testified by a multitude of credible witnesses, a thousand-plus manuscripts, the embarrassing riches of extra-biblical writings, and increasing numbers of unearthing significant archeological evidences, all supporting the historicity of the Sacred Text in a compelling tide of reasoning.

Not everyone is ready for the vastly more voluminous Desire of Ages and its 19th-century linguistic style. But Maier’s Pontius Pilate is potentially a door-opener for 21st-century minds and questions to find answers given way back in the 1st century when God took on human flesh and tabernacled among humankind. Only then should you give them The Desire of Ages—or best of all, the Gospel narratives by Matthew, Mark, Luke, and John—as loving follow-up service.

For “this gospel of the kingdom shall be preached in the whole world as a testimony to all the nations, and then the end will come.” 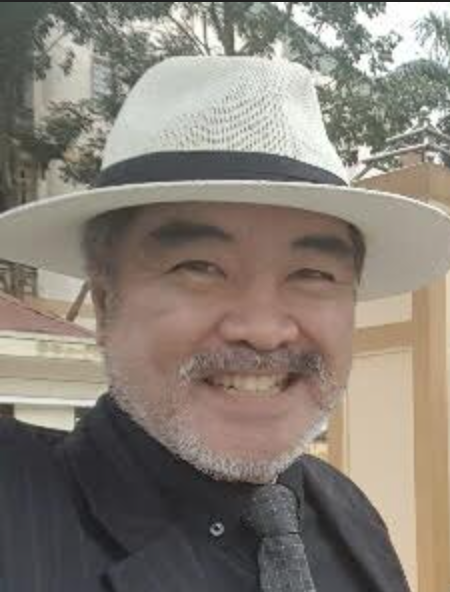 Victor Lee is facilitator for Ministry4Thinking. He was born in Indonesia, grew up in Sydney, and has made Borneo his home for the past ten years. studied Theology at Avondale University (Australia), Political Science at Flinders University (Singapore Campus), and works in the field of Agroecological Epigenetics.

A Word From Our AT Latin America Editor Aunty, why don’t we hear more from African theologians and preachers?