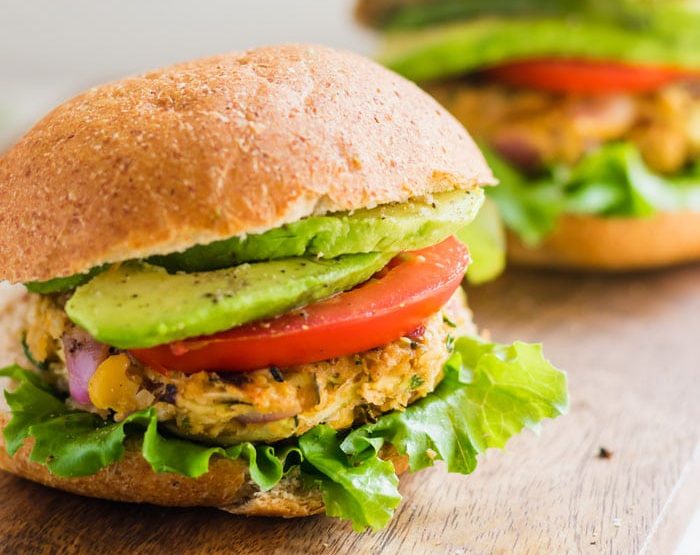 By Stefani Leeper, 4 September 2019 | Readers who live in the United States may have heard that last month, Burger King marketed a meat-free burger and that Kentucky Fried Chicken sold out of its pea-protein chicken nuggets within hours of release. McDonald’s may also soon release its version of a meatless patty in the U.S. It successfully launched this item throughout Northern and Western Europe in 2017.

Adventists have a long history in medicine and nutrition based on Biblical principles, one that Healthline explains, “excludes most animal products, alcohol, and caffeinated beverages.” The 2017-2018 Global Church Member Survey’s Meta-Analysis Final Report states the following:

Seventh-day Adventists are one of the few Christian denominations that have made spiritual meaning of diet. There has been a strong emphasis on being a vegetarian. Scientific research has shown that Adventists, generally, have a considerably longer lifespan than others do.

For Adventists (among others) seeking more accessible alternative options containing protein, the introduction of meatless meat into the convenience of restaurants and fast-food chains is likely more than welcomed. And fortunately, the plant-based meat providers Impossible Foods and Beyond Meat have finally established their monopoly in the U.S. market, meaning they don’t seem prone to fade away anytime soon.

So, why all the hype now?

Recent studies may be a part of the push for less meat-dependent diets. In March 2019, Loma Linda University Health released in a new study that consuming even a low intake of red and processed meats can have detrimental impacts on one’s health, especially in relation to cardiovascular functioning. (Briana Pastorino, “The Risks of Eating Red Meat (Even in Small Portions)”)

Other studies have revealed ethical and environmental impacts incurred as a result of the meat industry. The Food and Agriculture Organization of the United Nations (FAO) published their findings in the report Livestock’s Long Shadow (2006). The Conversation’s Bryan Keogh cites FAO’s following statistics, claiming that at the time the study was conducted, livestock farming contributed to 1) 18% of human-produced greenhouse gases,  2) the use of 30% of the earth’s land, 3) the death of at least 50 billion land animals, and 4) is linked to 23,000 deaths in the United States alone. (“Five Ways the Meat on Your Plate Is Killing the Planet”)

“I think more people are becoming aware of the health benefits and the ethical side to being plant-based,” shares Emily “Emy” Roque-Cisneros, a farm-raised gal who traded in meat for its alternatives years ago. “I think the rise in documentaries is linked to it. Plus, these things have been building for years—companies spend a lot of time with background work and now it’s all coming together.”

Additionally, plant-based meats are another option for those transitioning diets, those with health-related and religious dietary restrictions, and even some economists.

“One of the strongest selling points of plant-based and clean meat is the efficiency of production. [There is] far less time and waste and far greater responsiveness to consumer demand for a range of products and species,” Liz Specht expounds in the article “Alt-meat Trounces Animal Meat’s Massive Inefficiencies.”

Specht summarizes, “While the planet arguably benefits the most from these meats’ higher production efficiency, the market efficiency gains will be hugely beneficial for the bottom line.”

“I think it’s a great step in the right direction,” enthuses Roque-Cisneros.

While these moves are a step in the right direction, consumers should still be wary of gobbling down too many faux-beef patties.

In the article “They might be better for the planet, but are plant-based burgers good for you?” Nutritionist Lisa Drayer advises, “If you’re eating these burgers simply in the name of saving calories, or sodium, or saturated fat, you might want to rethink your decision.”

Curious as to what those in my circles think about the new products, I launched a survey on my Facebook page over Labor Day Weekend. 23 people responded. 13 respondents are vegetarian/vegan, with 5 eating meat/fish rarely (18 of 23 respondents are Adventist), and most respondents are aware of the heme protein, high sodium and saturated fat content, and processed components present in these new substitutes. One of them raised the point of cross-contamination, putting forth the comment, “How can the food industry be helped in understanding the need to cook vegetarian food on a meat-free grill?”

Furthermore, Drayer even dares to suggest that grain-based substitutes and lean meat burgers produced with turkey/chicken or salmon are healthier options for those who crave a “meat” fix.

Nevertheless, 14 respondents said they are still extremely likely to try one of the new products. 8 said they are somewhat likely, leaving only 1 person choosing to avoid trying them.

Across my survey and what I’ve found online, for those who have already tasted the alternatives, most admit they are convincingly meat-like—nearly even fooling some people. However, the agreement on whether or not the taste/texture and price are worth the endeavor is split about 50/50.

Despite my split findings regarding satisfaction in flavor, one thing remains consistent: current sales paralleled with target consumer curiosity show that plant-based options are, at least for the time being, in high demand and probably will continue to be for some time. After all, marketing plant-based proteins is not a recent undertaking.

Adventists long ago pioneered the plant-based meat concept, creating a number of canned soy protein substitutes for common meat dishes. The denomination owned and operated Loma Linda Foods Company for more than half a century, selling it to Worthington Foods, a company belonging to a group of Adventist private investors. Worthington developed a new range of spun soy protein products that continue to be marketed by the Kellogg Corporation under the brand Morningstar Farms. Currently, a private company owned by Adventists, Atlantic Natural Foods, has obtained the rights to some of the original Loma Linda and Worthington products of the 1950s and 1960s, and is making them available again.

In light of what appears to be a smashing success, some key questions remain, and it will be interesting to see how they are addressed in future culinary endeavors: 1) Can major plant-based food manufacturers improve the processes and ingredients to make their options even healthier? 2) How will restaurant and fast-food establishments deal with sanitation and preparation space? 3) Will we see a reduction in product price if and when these products become more mainstream? 4) What implications does this have for the meat industry and its workforce? 5) How quickly and to what degree will the environment respond to predicted changes?

Perhaps only time will tell.

Stefani Leeper is an assistant editor for Adventist Today. The photo was taken by Deryn Macey for Running on Real Food (https://runningonrealfood.com/chickpea-veggie-burgers/).