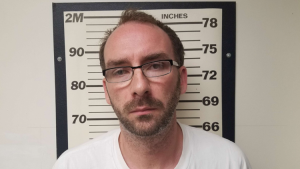 27 September 2018 | A Pine Tree Academy Math instructor who allegedly had a sexual relationship with a 15-year-old student at the school has been charged with gross sexual assault. Derek Michael Boyce was reported to authorities after the student’s mother discovered Boyce and the student in a sex act.

Boyce who has been placed on leave by Freeport, Maine-based Pine Tree Academy, confessed to a sexual relationship with the female student and said that the sex had been consensual and had not involved alcohol or drugs.

The instructor was charged and arrested at his home last Friday and then held at Androscoggin County Jail in Auburn on $50,000 bail. He is prohibited from contacting the girl or her family and is not allowed any contact with minors.

He is faces two counts of gross sexual assault and two counts of unlawful sexual contact with a minor. He is due in court December 5.

According to the Portland Press Herald, Boyce told law enforcement that he and the student began a romantic relationship in May and the relationship had become sexual in July.

A spokesperson for the Northern New England Conference of Seventh-day Adventists said that Boyce had passed background checks before being employed by Pine Tree Academy.

“Rigorous background checks are conducted on all teachers during the hiring phase,” Scott Christiansen said. “Background checks include all law enforcement records, including traffic violations, as well as multiple interviews with references and previous employers. As a teacher at Pine Tree Academy, such a background check was done on Mr. Boyce.”

A statement by the Northern New England Conference of Seventh-day Adventists said that the incident was understood to be isolated and that, “the safety and well-being of our students is the highest priority of Pine Tree Academy.”

According to a bio on Boyce that was removed from the Pine Tree Academy website, the instructor was a graduate of both Southern Adventist University and Andrews University. Boyce’s wife also teaches at the school.