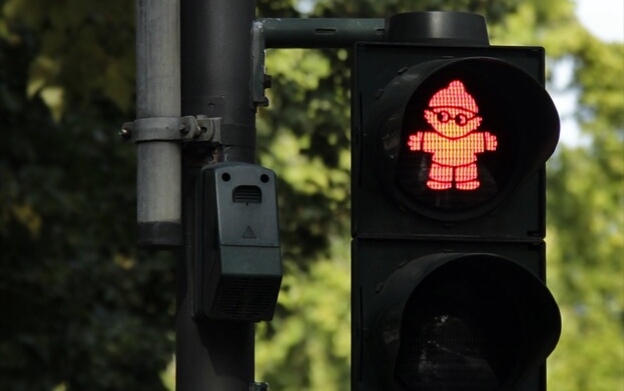 16 September 2018 | A letter containing a petition opposing the recommendations of the General Conference Unity Oversight Committee is being circulated among Adventist congregations in Germany and Switzerland by lay people from the Adventist Church in Göttingen, Germany. The petition is intended to support the local union president in opposing a recommendation from the Unity Oversight Committee that would initiate a series of sanctions against union presidents that don’t comply with all resolutions passed by the General Conference.

An English translation of the letter accompanying the petition is included below (click on the link below for a PDF of the letter, petition form and other material that has been circulated:  signature campaign_(Englisch)):

We would like to approach you about an issue that – without exaggeration – may have historical consequences for the Adventist church, and which therefore should matter to all of us. With this letter, some members of the church board of the Adventist Church in Göttingen have decided to start an unusual initiative to reach all Adventist Churches in Germany. So what is it about?

As you may already know, at the Annual Council of the General Conference Executive Committee in mid-October, all union and division presidents from all over the world will vote on a proposal submitted by the “Unity Oversight Committee” (UOC). The proposal aims to establish a sequence of sanctions that would threaten union presidents if they do not comply with resolutions passed by the General Conference.

The general wording of the proposal obscures the fact that it was primarily conceptualized to create a means to sanction unions that decide to ordain women as pastors, despite the resolution passed by the General Conference in San Antonio. If the UOC proposal passes, union presidents may face three stages of sanctions:

The proposal clearly mentions the possibility of using paragraph B95 of the Working Policy of the General Conference, or in cases of advanced “rebellion”, even the dissolution of entire conferences or unions.

It is to be expected that impacted conferences and unions will not be moved by these sanctions to revise their decisions of conscience, the latter being based on their conviction that the Bible can be read as stating that there must be no discrimination towards women. Whatever one’s opinion on the issue of ordaining women is, we believe that this question, which is also controversial among our theologians, is not an issue that should jeopardize the Adventist Church as it exists today.

It must be noted that the entire controversy about this issue could have been avoided if the General Conference, before the San Antonio vote, had accepted the results of the 106-member committee of Adventist theologians (TOSC) which the GC itself had initiated and had given the task of studying the Bible as to the question of women’s ordination. The committee covered the entire spectrum of opinions on this topic, and 2 delegates per division were dispatched to it. After three years of Bible study, two-thirds (!) of these theologians declared that each division should be allowed to decide for itself whether it ordains women or not. If the main goal of the General Conference in San Antonio had been to unify the church, then they could have voiced a clear recommendation from the GC to the delegates before the vote in San Antonio that would have reflected the results of the TOSC, but this did not happen. If it had, the result of the vote would most likely have been different, and the present problems in the church would have been avoided.

However, there is another reason why the proposal is very problematic. It is not only about the issue of women’s ordination. If, for example, there is some (!) alleged violation of a rule or GC resolution within a conference, then in accordance with the present proposal the violation must be reported to the next higher level of administration, up to the GC itself. If the conference does not report, then it is the responsibility of the union to do so. The proposal thus establishes a surveillance system that concentrates in the GC the information on violations of rules as well as the authority to impose sanctions. We find it worrisome that the GC is increasingly developing the same kind of centralistic power structures that we vehemently reject in other contexts (for example in the Catholic church).

From the standpoint of the GC, this proposal is about a measure to restore unity in the church. However, to unify the church on controversial issues, more convincing and more differentiated approaches are needed than surveillance, control and the exercise of power.

In 1892, Ellen White wrote: “We cannot then take a position that the unity of the church consists in viewing every text of Scripture in the very same light. The church may pass resolution upon resolution to put down all disagreement of opinions, but we cannot force the mind and will, and thus root out disagreement. (…) Nothing can perfect unity in the church but the spirit of Christ-like forbearance.” (Manuscript 24, 1892).

We do not want to stand by passively and watch this dramatic development. If you share our concerns, we call upon you to support our union president in a joint action at the Annual Council of the GC, by signing the enclosed petition and sending it to the union president by the end of September. Anyone who would like to do more can send a personal email to the union, the division and the General Conference and inform them of his or her rejection of the UOC proposal on the basis of the above reasons.

With kind regards from the Adventist Church in Göttingen