Perspectives on Adventist Women and the Ministry

The entire presentation is here, and is well worth watching.

She noted that we Adventists are ignorant of our own history of women in pastoral ministry. Dozens of women held ministerial licenses since at least 1870, she said. Furthermore, in the 1881 General Conference these two resolutions were recorded:

“Resolved, That all candidates for license and ordination should be examined with reference to their intellectual and spiritual fitness for the successful discharge of the duties which will devolve upon them as licentiates and ordained ministers.”

“Resolved, That females possessing the necessary qualifications to fill that position, may, with perfect propriety, be set apart by ordination to the work of the Christian ministry.” (See Adventist Today’s analysis of this resolution here https://atoday.org/what-did-happen-in-1881/)

Ellen G. White may not have had human hands laid upon her, but year after year hands were raised to vote for her Ordained Minister credentials.

In 1895 White wrote approvingly of women having hands of ordination laid upon them, at least as deaconesses. We’ve been wrestling with the meaning of that ever since. Until 1975, women and men received the same training for ministry and the same license. Then things changed. Women began to receive the missionary license instead of the ministerial license.

Why? Surprisingly, the changes came about due to Internal Revenue Service regulations requiring that all ministers, ordained or not, be in the same roles in order to receive parsonage exclusion and other tax benefits—otherwise the church would itself have to cover the difference at great expense. After initial resistance to this change, then NAD-president Neal Wilson pushed it through—against the counsel of the General Conference. Diversity of function was created and taxes were resolved for male pastors at the expense of female pastors.

At this point the focus shifted to ordination of women as elders and deaconesses, which was approved. And then the focus shifted again, this time to women pastors. In 1984 the commissioned pastor credential was created for the role of women in ministry–outside of the ordination track available to men.

Eventually, the Southeastern California Conference pioneered issuing a combined Ordination/Commissioning credential to both men and women in pastoral ministry. Since then several union conferences in the United States and elsewhere have voted either to ordain women equally, or to recognize all their pastors by commissioning or other equivalent credential. In 2013 Sandy Roberts was elected elected president of the Southeastern California Conference.

In preparation for the 2015 GC Session, a Theology of Ordination Study Committee (TOSC) was established with each world division contributing its own study. The divisions reported their conclusions: all except one either approved of pastoral ordination for women, or said that while they themselves weren’t ready to do they were content to allow it in divisions that were.

Initially, TOSC was promoted as consisting of an intentionally international representation. Later, as it became clear that TOSC wasn’t going to rule the way top GC officials hoped it would, they began to characterize it as weighted to the North American Division. This may have been the justification for not reporting its conclusions to the 2015 General Conference Session.

Some have understood the 2015 vote as forbidding unions from deciding matters of ordination, as is their usual role. Some of the papers prepared by TOSC members have encouraged the growth of male headship theology, and its hierarchical conclusions have fostered anti-trinitarian tendencies, leading to some Adventists’ rejection of the church’s fundamental beliefs on the Trinity.

Now the 2018 Annual Council looms, in which a unity process defining disciplinary actions will return, after being rejected last year. We continue to struggle with the issue of women in ministry as we’ve long done. Haloviak praised the independent press as it helps members to stay engaged with a church that needs to keep wrestling with important issues.

Haloviak’s presentation was followed by testimonies from Iriann Marie Hausted and Marina Garner-Assis, two women called to ministry in their native Puerto Rico and Brazil, respectively. They encountered challenges of non-acceptance, but found surprising encouragement from others.

Hausted noted that most of Adventist theology is written in English, and consequently most Latin American women called to ministry don’t have access and connection to this theological world. Do we, she wondered, understand them and their ministry in their cultural context and language?

Garner-Assis said that while acceptance is improving in some places in Brazil, the church there still greatly values submission to authority. She wonders how this unreceptivity to women pastors limits the calling of the Holy Spirit.

Hausted has found that in Puerto Rico acceptance to her ministry depends on the area. Younger members aren’t largely aware of wider church issues, and are appreciative of good ministry by anyone. Acceptance is more complicated than mere generational differences, though: in her own home church, says Haustad, the older women have been very supportive, encouraging her to “do what we couldn’t do.”

Haloviak found the Latin American ministry stories encouraging, giving her great hope for the future of church. She ended by humorously wondering if, given our history, lobbying for changes in Internal Revenue Service rules might be more effective in changing leadership’s attitude toward women in ministry than any other kind of pressure. Bonnie Dwyer, Spectrum editor, quipped, “They might listen more.” 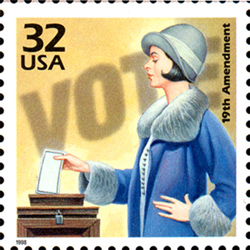 Carmen Seibold is a graduate of Fuller Theological Seminary and an ordained chaplain. She also works as an editorial associate for Adventist Today.