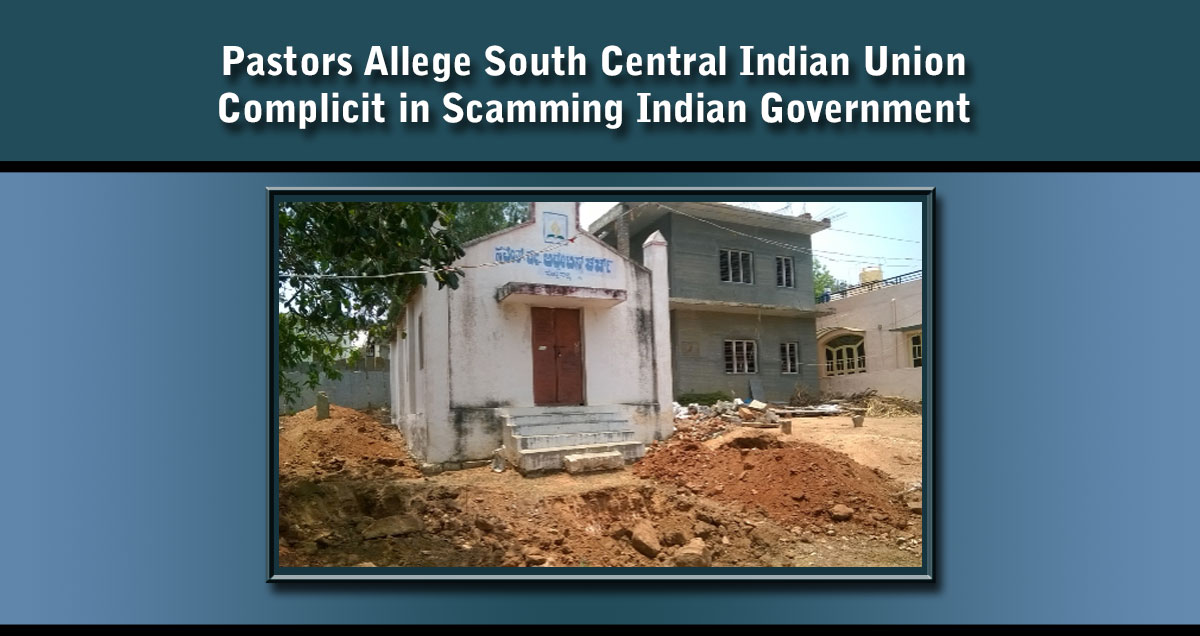 Several retired Adventist workers in India have gone public with allegations that since 2011, Adventist conference and union leaders in the South Central Indian Union (SCIU) have worked with a middleman to receive from the Karnataka state government money to renovate churches, some of which they say has been misappropriated.

The allegation stems from a Karnataka state government program that supplies funds to religious minorities to repair and renovate churches for additional use as community centers. Christians are a minority in India, and Seventh-day Adventists are a minority of Christians. Documents obtained by Adventist Today charge that one S.R. Peter was the broker or middleman to obtain money on behalf of Adventists and other religious groups, and that among other charges, S.R. Peter used the name of an Adventist non-profit organization, the Sudharshan Welfare Association, to facilitate obtaining government money.

Quoting from the accusation: “S.R. Peter induced them in guise of getting funds through his known sources, and obtained documents pertaining to the SDA churches in Bidar and Kolar and Chintamani regions and also compelled them to open a separate account at Bank of India, Bidar branch [making it possible for him to] sign blank cheques for the accounts opened in BOI, Bidar branch. Shri S.R. Peter [was] instrumental in availing the funds to the tune of 3.5 crore rupees [about $550,000 dollars] and utilized these funds for renovation/construction of the SDA churches. Later they came to know that Shri S.R. Peter utilized 64% of the funds for construction/renovation of churches and misappropriated the remaining funds.”

Elders Isaac Kumar, K.R. Mathew, Dr. Robert Donald, and Pastor Solomon, all associated with the All India Seventh-Day Adventist Welfare Association (the organization that is bringing the complaint), have sought to bring this to the attention of government authorities and Adventist church leaders. They have written letters to General Conference President Ted Wilson as well as to Ezras Lakra, president of the Southern Union Division, in which they allege that leaders in the South Central Indian Union were complicit in what the accusers label a “scam,” and warning that if not addressed, it could leave the church in “deep trouble.” The SCIU did not respond to Adventist Today’s email request for comment.

The funds appear to have been supplied mostly on behalf of churches in the North Karnataka Section (conference) of the South Central Indian Union. The complainants say that 14 churches have been inspected by a construction engineer, who valued the work done at less than the amount of money that had been claimed. As many as 28 Adventist churches may have applied for or received funds, though without seeing commensurate renovation or construction.