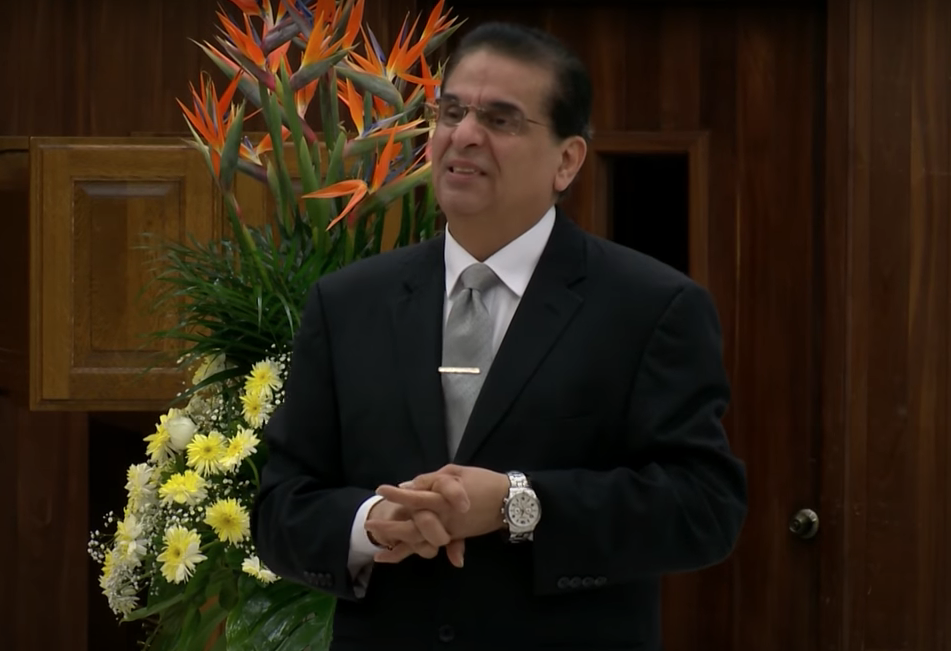 The pattern of plagiarism came to light after the Review of Biblical Literature retracted an online book review by Coutsoumpos of Getting into the Text, by Daniel L. Akin and Thomas W. Hudgins, just one day after its release, according to an article by The Roys Report.

“As we explained in a subsequent email to our subscribers, we took that action because the review ‘was determined to have been plagiarized,’” said Bob Buller, director of Society Biblical Literature Press to the The Roys Report.

Twitter user J. Bailey was quick to point out that passages from Coutsoumpos’s book review were apparently copied from a 2017 review by doctoral student Jacob Cerone that appeared in Filología Neotestamentaria, a scholarly journal.

Coutsoumpos’s book review of Romans, by Frank Thielman, published 2021 in the Biblical Theology Bulletin, a peer-reviewed academic journal, apparently used uncited material from a review of the same book published in 2019 by Phillip J. Long on his blog, readingacts.com.

“This is the first time I’ve heard of anybody plagiarizing a book review,” Long told Spectrum Magazine. Long is a professor of biblical studies at Grace Christian University in Grand Rapids, Michigan, U.S.

“A book review is not prestigious,” Long said. “It looks like he went out of his way to cheat, and for really little gain.”

At least two other works by Coutsoumpos, a 2017 paper and a 2015 book review, are thought to contain the uncited work of others, but the problem of plagiarized passages could stretch as far back as Coutsoumpos’s 1996 thesis paper.

Logan Williams, who holds a doctorate in Pauline scholarship, looked through less than 10 pages of Coutsompos’s thesis and found three passages that closely paraphrased other sources. Coutsoumpos cited the sources to only two of the passages in footnotes, according to the Roys Report.

Plagiarism also has proven to be a problem in Coutsoumpos’s books.

Williams tweeted that a 2021 commentary on Hebrews written by Coutsoumpos and self-published under his imprint “Biblical Studies Institute” featured similar material to The Theology of the Letter to the Hebrews by Barnabas Lindars.

In addition, Williams identified similarities between Coutsoumpos’s 2019 commentary on Galatians and Eugene Boring’s introductory textbook on the New Testament published in 2012.

Coutsoumpos has six books that were distributed by Wipf and Stock, a publisher specializing in religious scholarship. Wipf and Stock said it has taken all of Coutsoumpos’s books out of print.

Spectrum reported that after the retraction of his book review, Coutsoumpos posted a letter on his Academia.edu profile, which has since been deleted, that said, “I apologize for all the wrongdoings and unethical action (because the pressure of time and also unwise and no prudent [sic] decisions) from my part and the inconveniences this may cost to the academic world.”

The Rest Is History

Spectrum also reported that from 2011-2019, Coutsoumpos was a pastor for several Adventist churches in the Chesapeake Conference. Coutsoumpos has lived and worked in several countries, and has an MA in religion from Andrews University and a PhD from the University of Sheffield in England.

Coutsoumpos identified himself as an adjunct professor of biblical and New Testament studies at Montemorelos University, the flagship institution of Adventist higher education in Mexico, but it is unclear if he was actually employed there.

Coutsompos had written for Andrews University Seminary Studies and listed more than 70 published papers on his Academia.edu profile, but until the Review of Biblical Literature retracted his book review, Coutsoumpos was not well known in the academic world, reported Spectrum.

Problems with plagiarism, however, are familiar to the Adventist Church.

In 2019, Weymouth Spence, then president of Washington Adventist University, was investigated for plagiarizing parts of a 2017 performance review, as well as two papers he wrote during doctoral work in the early 1990s, reported Inside Higher Ed.

Notably, Ellen White, who is one of the church’s co-founders and considered a prophet by the denomination, also was accused of plagiarism.

However, Cristian Cardozo, who has personal knowledge of Coutsompos and identifies as a New Testament teacher and Theology Research Director at Colombia Adventist University Corporation (UNAC), posted on Twitter that “I just want to reiterate that as an organization and as a collective of scholars who work at Adventist institutions we don’t approve plagiarism.”

(Panayotis Coutsoumpos, a retired Adventist pastor and scholar seen here in a YouTube video from Montemorelos University, is accused of plagiarizing other people’s works for years. Photo via screenshot.)