Like most pastors, I’ve sat in church board meetings looking through membership lists, asking “Who are all these people who are supposed to be my church members, who I’ve never seen or heard of?”

I’m not a pastor who thinks we need to rush to take people off the church roster. Although it may not be defensible to keep someone as a member who hasn’t attended for 10 years, I do understand why church members want to hold on to a child, a dear friend, and would rather reclaim them than remove them.

But always I find some on the roster who we don’t even know, or whose whereabouts are long forgotten. And the explanation is almost always this: “The conference sent an evangelist and he held a series of meetings and they were baptized and we never saw them again.”

That’s partly a problem of perception. We tend to attract a lot of people who move often instead of those with deep roots in the community, and they may not see the point of our membership-transfer system. Nonetheless, it is an indictment of our methods as well. The greatest deficiency of the evangelistic crusade by an outsider is that it has been an irresistible temptation to look successful rather than build up congregations. Imagine how quickly a car dealership would go broke if a salesman got paid for every car he sold, even if 98% of them were repossessed in a month! If I could demand any reform to our evangelistic program it wouldn’t be (as some say) that we just quit doing public evangelism. The method may still have some value. But my suggestions would go like this.

#1. Change our evangelistic strategy to building up congregations.

You might think that’s been the Adventist reason for evangelism. In reality, there are motivations for doing evangelism that have nothing to do with the final result for the congregation. Note how often evangelism is spoken of without any reference to fuller churches and healthier congregations. Even when pastors themselves do evangelism, some are content to rack up brag numbers—which is why all the church’s children are pushed to get baptized whether they want to or not.

I remember hearing a famous evangelist explain that if a million people get our evangelistic materials or could hear it on TV or radio or the internet, those are people who have been reached. They had a chance to accept the message, so even if they’ve not responded, they have no excuse anymore, and we’ve done our part [dusting off hands]! That notion, though rarely spoken aloud, is still present in the Adventist culture.

The North American Division (NAD) has tracked actual growth in congregations through multiple studies conducted for it by the Institute of Church Ministry at Andrews University and other researchers. We know what results in increasing the number of regularly-attending, involved members over multi-year time frames, regardless of the size or location of the local church.

#2. Phase out the outsider evangelist.

I remember the first time I welcomed an evangelist in to do a series in my church. I was glad for the help. But I also remember how the van was packed after the last meeting and I was left with nothing but a sketchy list. When I followed up, they asked, “Where’s Pastor Smith?”

I’ve participated in a couple more of those since, and it always turns out the same way. The evangelist is the hero, the “soul-winner.” Preaching and selling is what he does best. He uses the local church to put on his show. He attracts people to himself more than to the congregation. And then he leaves. His grasp of what it means to make people part of a community is, in many cases, completely lacking.

When I mentioned this, the response was, “I won them. If they don’t stay, that’s your fault.” Sorry, I don’t accept that. If that’s the program, it’s a program designed to fail. And it flies in the face of the clear research on what results in real church growth, as described above.

This is why the concept of the outsider evangelist should be put to rest. The notion of some charismatic guy who announces himself as an archaeologist, scientist, author, world traveler, Bible scholar and all the rest of the usual brags, who prances around the stage being a hero, is bankrupt.

What I’d suggest instead is onsite consultants and mentors to help pastors and congregation leaders shape a local strategy.

#3. Define evangelism as a winning and keeping activity.

Evangelistic programs need to be designed from the start to make keeping even more important than winning.

While I’ve been blaming outsider evangelists for some these problems, here’s the truth: most congregations don’t really know how to welcome new people. We sometimes call it the “back door” problem. But no, these people aren’t leaving by the back door. They’re walking out of the front door, and not coming back.

A lay friend of mine told me how after a big series in their church, 15 people were baptized. She told how they showed up the next week at church after their baptism—and no one talked to them. Soon only half of them showed up. And then one couple. And then that couple disappeared. “It was clearly our failure,” she said. “They were a little different. They weren’t part of our mostly-professional group. This was our club, and by our actions we showed we didn’t really want them.”

Making people long-term productive and effective church members is much harder than baptizing them.

Frankly, this begins with making friends in the community, outside our Adventist circles, before any evangelism or witnessing begins and then finding ways to invite established friends into neutral spiritual activities where we can truly share faith.

Rather than even mentioning the number of people whose hair we got wet, we should only count people after they’ve been in the church for a solid year or two. This would provide incentive for conference leaders, evangelists, pastors and congregations to work together to keep people and build up congregations, rather than just dunk people. No more pictures in the union paper of all the people who were baptized. No more bragging about how “Pastor Smith baptized 45 interests, isn’t it wonderful?”

The research on church growth that I mentioned above was calculated in this way. It was based on actual increase in weekly attendance numbers over five years or longer. That is a better standard than what we often use now, but it takes longer and requires careful attention.

I said that I don’t think we need to put an end to public evangelism. But let’s be honest: the traditional formulation isn’t working that well anymore. Culture is oversaturated with religion, and not always in a good way. People don’t go out to meetings to be sold on a new theology.

(Nor, for all their bragging, are Doug Batchelor and 3ABN filling congregations. Most pastors would tell you of church members staying home in front of the TV and sending their tithe to 3ABN rather than coming to church. No, the media guys are filling their ministries’ pockets more than they are pews.)

So are there answers out there? I think there might be. I’m very impressed by the way the General Conference’s Adventist Mission team (Gary Krause, Doug Venn, etc.) have envisioned ministry to cities. Their approach seems to be multi-dimensional, with a big component of making congregations not just a gathering built around some beliefs, but a community where people love to be Christians together. They have money, they have research, they have ideas and all of them are passionate. But I’m also keenly aware that they’re not on the front lines, and I want to know more before I say that what they are doing is effecting transformation.

In the NAD, I’m impressed by the handful of congregations that have become go-to places without traditional theology, and without an institution to give them strength. However, most of these are in places where there a lot of people (like the coasts or the sunbelt), and some of the most vitalized of them are ethnic. How much can the average church learn from them? I’m not sure.

My greatest sadness—and I’m not sure what to do about this, or who has answers—is for the 90% of small churches across the NAD, congregations in small cities or villages with little money, a declining church membership, and no young people. Many of these share a pastor with two, three, or four other congregations. A good number of them are in areas where the population is declining, so no matter how hard they work, they’re reaching out to a shrinking base of people.

I’ve been a pastor of those churches. I confess, to my sadness, that I had no solutions for them as their pastor. It is for these that my heart breaks. I’ve offered to everyone in denominational leadership I know to join a group to help think this problem over in my conference, my union, or my division. So far, no one has shown any interest. While the church has faithfully supplied shared pastors to small churches that can’t afford one, they’ve really offered no new ideas on how to keep these churches alive. I expect hundreds in the NAD to close in the next decade.

No matter what we do, we’re going to see changes ahead. Do we have a plan for the future? Or just more of the same, while hoping for better results? 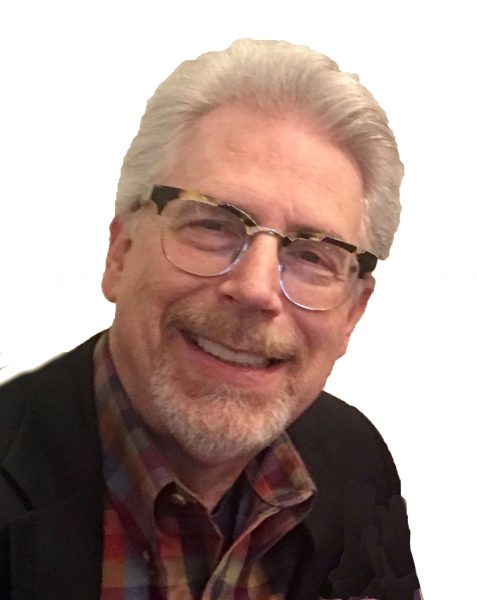 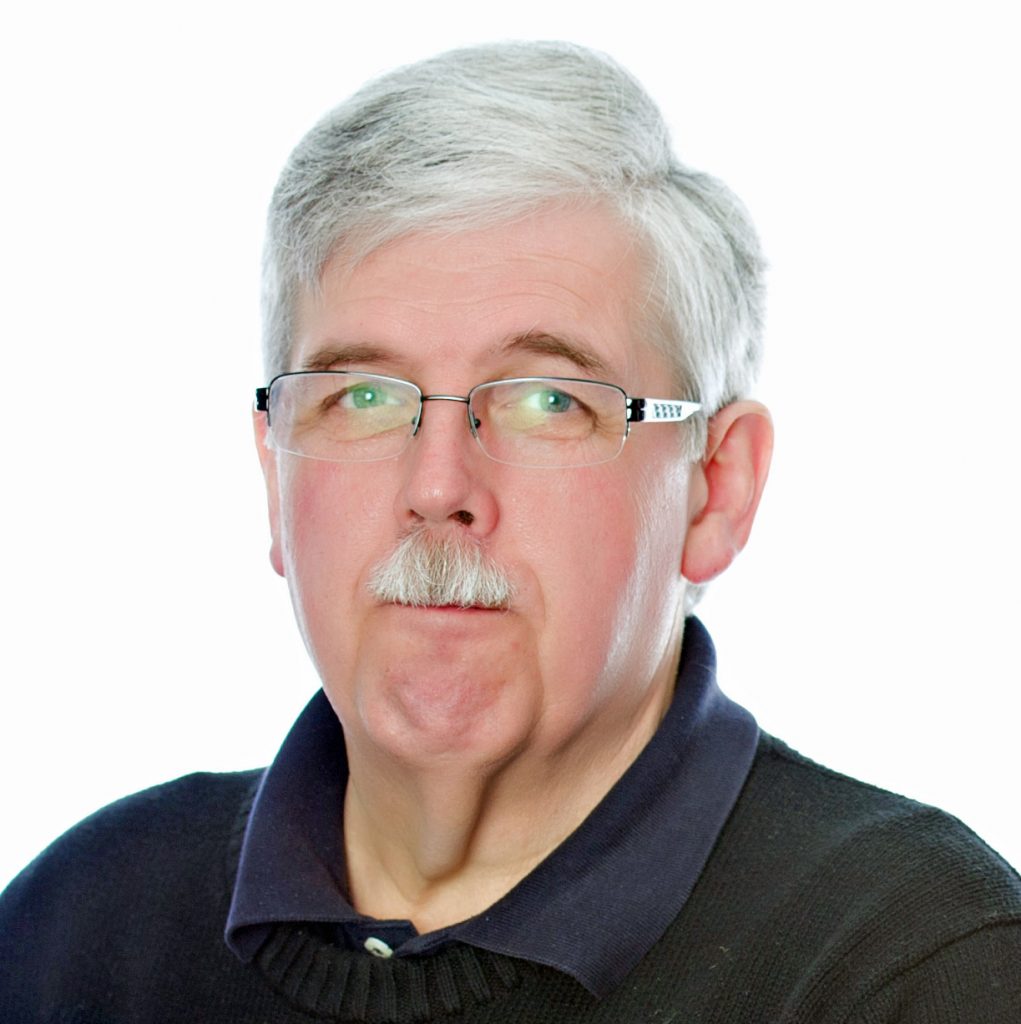 Monte Sahlin is the CEO of Adventist Today, and a lifelong church sociologist and researcher.