Of Insurrection and Reconciliation

I was at the Capitol with my school students. We were literally next in line to enter the gallery and observe the country’s lawmakers as they carried out our nation’s most sacred tasks. As we were waiting, we noticed that the Capitol police and security team seemed a bit on edge. One officer came out of the gallery doors and whispered to the other officers. “It’s at orange. It’s at orange.” She looked around a bit, and then re-entered the gallery.

This went on for about ten minutes. In and out. Huddling and whispering. Looking around. The students were simply excited to be in the nation’s Capitol, but the adults were beginning to get concerned. It was obvious that something was wrong.

Then it became glaringly apparent that something indeed was wrong. All of a sudden, the Capitol police and the entire security team burst through the gallery doors in a full sprint while screaming, “Red! Red! Red! Go! Go! Go!”

Before I attempt to describe the sheer pandemonium in that moment, allow me to share a bit of basic wisdom for those who might find themselves in a similar situation. I’m not the smartest person in the world, but if big burly police officers and uniformed men carrying M-16 rifles are all running full speed, then it’s probably a good time to run.

That’s exactly what we did. No one knew where. No one knew why. Nevertheless, everyone was running. It was one of the most chaotic sights I’ve ever seen in my life. Everyone—and I mean everyone—in the Capitol building that day, along with all the other government offices within the entire National Mall—everyone was running for safety. Staffers were fumbling their lunches and coming out of their heels. Students were tripping over velvet rope stanchions. I thought about my students and hoped that they would safely navigate this frenzied exit. As I hurried down the corridor steps, I whispered a prayer that they would all be kept safe, and kept running.

We ran alongside police officers, staffers and security guards as everyone hurried down the stairs, then out of the closest exit and down the Capitol steps, and down Pennsylvania Avenue to some unknown location that ensured a higher level of security. As soon as I had that thought, I paused mid-stride and felt overwhelmed with the sudden sense of gross vulnerability.

It was May 11, 2005, just shy of four years after September 11th. It wasn’t until later in the afternoon that we found out what had caused the mass hysteria. As it turns out, a recreational pilot was flying with a student, and accidentally crossed into restricted airspace. A Black Hawk helicopter and fighter jets were scrambled and went up to carefully escort the unknowing duo to a safer location. It appears that the fearsome flying machines caused the pair to panic and fly even further into the restricted area near the White House.

I will never forget that day. The overwhelming sense of fear and danger was like nothing I’ve ever felt. Everyone in our group still looks back on that day with very vivid memories. Whenever we talk about it, we laugh. While in the moment it was not funny in the least bit, but today we laugh because we realize that it was simply a false alarm because of a confused and fearful amateur pilot. No one got hurt. Everyone was safe. All was well.

Yet on January 6th of this year, the Capitol was suddenly evacuated again. This time it was not a false alarm. This time the nation’s most sacred precincts were under attack because of a staged coup d’etat at the hands of its own citizens, which was incited by the sitting President. Even if you were watching the news at home like I was, it was a horrifying sight. I can only imagine how terrifying it was for the lawmakers and staffers who were in the building that day. Yet, this is important to stress: this was not a false alarm. This was a real-life attack on democracy.

It is here that the words of Representative Jamie Raskin are so appropriate:

Of all the terrible, brutal things I saw and I heard on that day, and since then, that one hit me the hardest. That was watching someone use an American flag pole, the flag still on it, to spear and pummel one of our police officers ruthlessly, mercilessly, tortured by a pole with a flag on it that he was defending with his very life. People died that day. Officers ended up with head damage and brain damage. People’s eyes were gouged. Officer had a heart attack. Officer lost three fingers that day. Two officers have taken their own lives.

The painful irony of that horrendous attack is that it comes on the heels of one of the largest demonstrations in U.S. history. After the death of George Floyd, Ahmaud Arbery and Breonna Taylor, Americans and people all over the world took to the streets to protest persistent police violence and injustice against minorities in America. Detractors chose to focus their attention on reports of property damage despite the peaceful outrage of over 20 million people. Over 14,000 people were arrested and militarized police forces were marshalled en masse in cities all over the country. The POTUS even dispatched federal law enforcement agents to quell the protests in cities such as Portland, Seattle and Washington, D.C.

The response of those detractors, law enforcement and the President stands in stark contrast to the response to the violent mob that ransacked the U.S. Capitol. The police presence was woefully inadequate, Capitol police were almost accommodating in certain instances and many pundits chose to focus their attention on the “legitimate” gripes of protestors rather than the violent vandalism and bloodthirsty intentions of the Capitol attackers.

America is unmistakingly consistent in its distribution of glaring disparities. And that is what’s at the heart of both protests.

It’s the disparities. The masses of minorities and white allies are sick and tired of unarmed men and women being shot and strangled in the streets by those who have vowed to serve and protect. Yet, the insurrectionists sense they are losing their grip on the restrictive spirit of America. The land of the free and the home of the brave must always accommodate their own interests, first and best and last.

And that’s where the tension is. There’s a deep recalcitrance around reconciliation in this country and that recalcitrance is manifest even in church. You would think that church people would be the foremost “repairers of the breach.” Not so. As a matter of fact, most of the January insurrectionists identify as committed Christians.

You know, I even wondered how many Adventists were among the rioters? Who knows? But what I do know is, even Adventists don’t like talking about repairing the breach. Scripture says that God has “given us this work of reconciliation.” However we seem to want reconciliation without accountability. We want unity without a reckoning. In his speech before the Senate as a part of the impeachment proceeding this week, Representative David Cicilline stated very succinctly, “There cannot be unity without accountability.”

Today, I am reminded that the fear I felt on that day when my students and I ran from the Capitol is closely akin to what those lawmakers felt on January 6th. It’s the same exact feeling that countless other Americans have felt for generations as their basic human rights have been voided, trampled and dismantled time and again.

Some would argue that peace, unity, accountability and all the like will elude us until we are privileged enough to enter the glorious kingdom. But I’m reminded of the words of Ellen White when she said, “Heaven begins here.” And if Ellen White is right and Heaven starts when I begin trusting Jesus, then today I recommit myself to seeing that God’s “will be done, on earth as it is in heaven.” 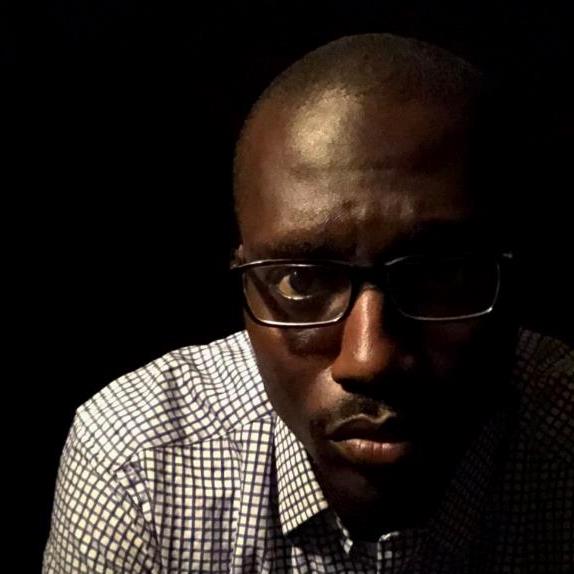 Christopher C. Thompson writes about culture and communication at thinkinwrite.com. He’s the author of several books and an adjunct professor at Oakwood University in Alabama. When not writing, he’s jogging or binge-watching Designated Survivor.