Jack has been reading from a neglected Reformer, contemporary with Luther, Zwingli, and Calvin, and a scriptural exegete to be listened to again today.

Basel is a border town of Switzerland that has a piece of land called Dreilandereck, or the 3 Nations Corner, because Switzerland, Germany, and France meet there on the banks of the Rhine. Today, Basel is a major city of Switzerland and the hub of pharmaceutical manufacturing.  Your insulin shots may have been made or developed in Basel.

But in the 16th century Basel was most famous as a center of learning and a hub of the change in religion happening in Europe with another list of names:  Martin Luther, Philip Melanchthon, Ulrich Zwingli, Martin Bucer, Wolfgang Capito, John Calvin, Desiderius Erasmus, William Farrell, John Foxe, Miles Coverdale – all important in the Reformation of the practices and teachings of Christianity. And each of these reformers either came to Basel to listen to, or were reading the writings of, another reformer that you may not have met called Johannes Oecolampadius.

This Basel reformer may be less known to us because his name seems unpronounceable in English. We might be more familiar with him if he had kept his German birth name of Johannes Hausshein, but like other brilliant academics of that age, he took a professional name in a classical language used in universities of that day, that was a translation of his German name (Haus=house, Shein=shine or light) into Oiko=house Lampedius=lamp in Greek.

Johannes Oecolampadius was in fact a Greek and Hebrew scholar educated at universities in Heidelberg and Tubingen, Germany and Basel, Switzerland, who was hired by the famous Dutch scholar and humanist Erasmus to help with his publication of a Greek New Testament that was the foundation for the later King James Bible.

But more than a linguist (he is said to have spoken German, Greek, Latin, Aramaic, Swiss German, Italian, French, and even Hebrew) he was a theologian, and his knowledge of scripture in the original languages was for him the fountain cleansing religion.

Basler Leckerli is a spicy cookie (think gingerbread) famous since before Johannes O. was born and still sold widely in Basel today. But sweeter to him than the cookie was the love of Christ and respect for the Bible as being “incomparably fruitful” to “expose all the errors of all the ages, disprove and refute them.”[2]

What I wish the “male headship” Adventists could do would be to slip into St. Martin’s Church to listen to a sermon, or the University of Basel lecture theatre where 400 or more crowded in to hear the gospel truths exposed from Scripture by this acclaimed scholar, expert in the Patristics, renowned linguist, and former imperial city preacher who now shared with Luther the “honor” of being shunned by his church and banned by its pope. The city of Basel, however, had heard the truth from this preacher, and defied the church by appointing Johannes O. as their official “teacher of theology and professor of biblical exegesis.”

What I most wish they would listen to is Johannes O.’s clear exposition of scripture on the equality of women and men from creation, and that it was the fall of mankind that led to the subsequent insubordination of women under men, not God’s original or perpetual plan. As Jesus himself said, “It was not so from the beginning.” As I recently read Oecolampadius’s exposition on Genesis in preparation for a recent trip to Basel, my eyes were again opened to the obvious that I had overlooked before.

Genesis 1:26
“Then God said, “Let us make man in our image, according to our likeness;
and let them rule…”

Johannes O. here disagrees with Paul, who wrote that man was in the image of God, not woman (1 Corinthians 11). “And let THEM rule…. Still we read here that God also created the female with the male. Granted that he (male) was superior after she had sinned, nevertheless she was created in equal dignity with the man. Just as even now man and wife are one in Christ, neither is this (first) woman inferior to the man.”[4]

“Furthermore, Adam, that is the human being, has a collective signification, whence it is said in the plural “let THEM rule,” and not “let him rule.”[5]

Genesis 1:27
“Thus God created the human being in his own image, in the image of God he created him,
male and female he created them.”

“You see, Moses repeatedly mentions this highest dignity of humankind, no doubt in order to impress it deeply on our minds…But that you know that the female was not excluded from this dignity, he adds: “male and female.” So also in Christ there is neither male nor female. Therefore until Eve had sinned the dignity of Adam and Eve was equal.”[6]

“Eve was created in the beginning and was not in any way inferior to Adam, for she too had been given the divine Spirit and also made in the image of God.”[7]

“Eve was made in paradise, Adam outside… God was not obliged, however, on account of the later negligence of Eve to omit mention of her many other good qualities.”[8]

Post-fall, the subordination of women to men is a historical and present reality of the reign of sin. But in the Kingdom of God, as it was in the Land of Eden, the equality of men and women will be restored. Women have been “deemed” in many ages and many cultures and many religions as inferior to men, but in the church of Christ women as well as men are “re-deemed.” Re-deemed, how I love to proclaim it, re-deemed by the blood of the Lamb, re-deemed by His infinite mercy, His equal children forever we are.

Johannes O. decided to practice what he preached, and gave up the celibacy of his former clericalism and, at the age of 46, married. His wife had the surname of “rose petal”[9] and became an outstanding woman in the Reformation even after his death at age 49. They had three children, named Eusebius (“Goodness”), Irene (“Peace”) and Aletheia (“Truth”). Adventism needs all three for our children, especially for our girls. And we need to get back to a Biblical doctrine of male and female equality and dignity as clearly taught from creation. Not “let HIM rule,” but “let THEM rule” is God’s eternal before-the-fall plan. 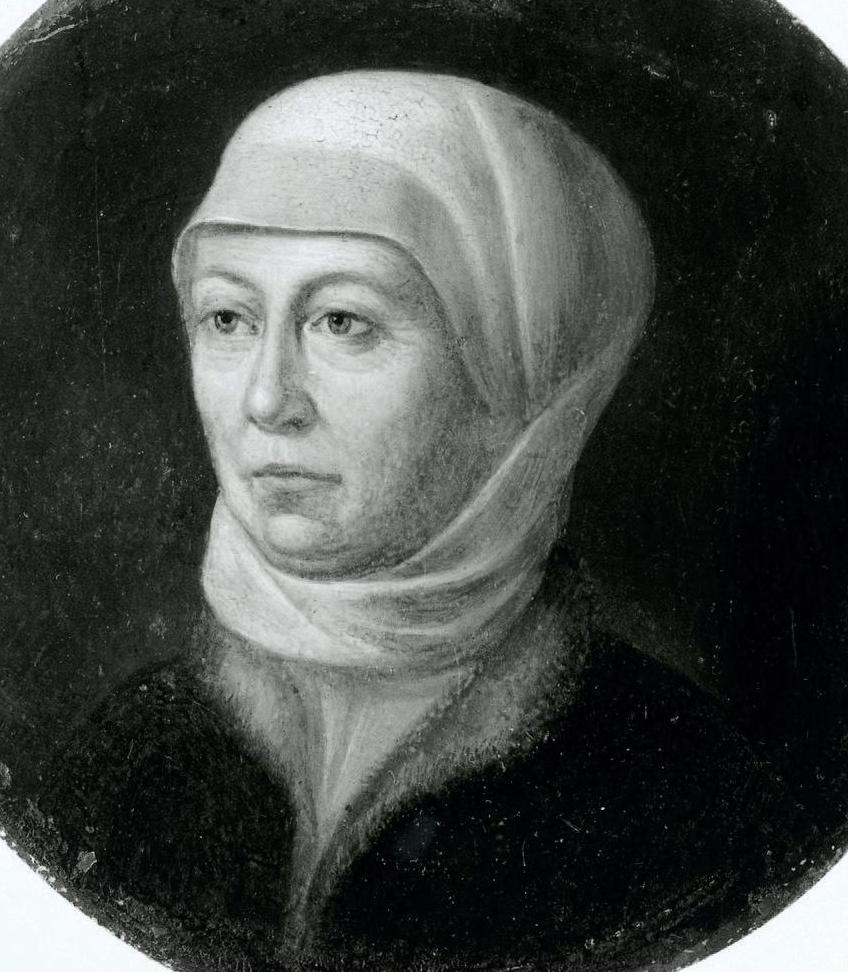 [4] Oecolampadius, An Exposition of Genesis, 95.

[9] Wibrandis Rosenblatt, a 24-year-old widow with one child.