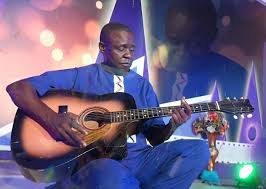 Samson Kibaso, the noted composer and perhaps one of the most well-known Adventists in eastern Africa, died at the end of June. Among his many works is the anthem of the East African Community (EAC).

Kibaso was honored both by Tanzanian government officials and Adventist denominational leaders at his funeral on June 30. The Hon. Anthony Mtaka, regional commissioner, led thousands of mourners from Dar es Salaam, the nation’s largest city, and the Mara, Mwanza and Simiyu regions, as well as the neighboring nation of Kenya, at the event. Presiding at the funeral service was Pastor Mark Malekana, president of the denomination’s South Tanzania Union Mission.

Kibaso was a teacher and served as choir leader at the Kurasini Seventh-day Adventist Church. He composed many pieces for a capella singing groups, and his recordings are heard often on radio and through other media. He produced some 50 albums, said the Mbarikiwa Media Ministry. Examples of his work include the songs “I Am Proud of Jesus Who Gives Me Strength,” “The Way to Calvary,” “Along the River,” “Ye Are the Light of the World” and “Friends.”

Commissioner Mtaka told the crowd that Kibaso did a great work which has left marks not only in the Adventist Church but also in other denominations whom he composed songs for. “There are scriptures which say to preach with your singing voices. Through this, Kibaso led many to Christ and touched many.”

Commissioner Mtaka also said he is ready to cooperate with the denomination to build anything that Adventists will choose to do to honor Kibaso. He told the parents in Rorya District to treasure education for their children by making sure they go to school.

Pastor Malekana spoke of Kibaso as a person who accomplished much, but was a humble person despite his great talent. He called upon musicians and teachers to follow Kibaso’s example, not to be prideful because of their talents but to use their talent for God’s glory.

The Hon. Mwita Waitara, deputy minister of state from the Ministry of Regional and Local Government, comforted the family and recognized Kibaso as a music legend. He stated that he will be ready to cooperate with the family and the church to treasure Kibaso’s work.

Kibaso was born in 1956, and he became choir leader for the Kurasini Adventist Church in 1985. Throughout his career, he also led choirs for Lutheran, Anglican and Moravian churches. He composed some of the most loved songs sung by choirs and congregations in Africa and the world over.

He composed a number of official songs, such as for the Judiciary of Tanzania, as well as the official anthem of the East African Community, an international organization similar to the European Union. These anthems are widely used and sung by millions of citizens at various occasions and special days.

Many individuals posted comments of mourning and praise on Kibaso’s Facebook page. A sampling: “Big Tree Fallen. God alone can understand.” … “Rest, mwalimu. I thank God for you, thank you for drawing many of us to Jesus.” … “Samson Kibaso will always be remembered for his contributions in music across East Africa.” … “Rest, Samson Kibaso. God loved you to sail this long.”

The featured photo is of Samson Kibaso. Tyson Jacob is the correspondent for Adventist Today in East Africa.