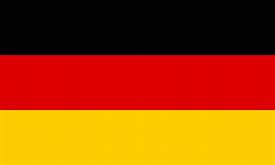 From APD, 18 April 2019 | The executive committee of the Adventist denomination’s North German Union Conference unanimously voted a statement on its understanding of unity at its regular meeting on April 14 in Hanover. At the same time, the committee requested that the General Conference (GC) withdraw the “Compliance” document voted at the 2018 GC Annual Council.

The “Compliance” document established procedures to enforce decisions by the GC in session and the GC executive committee on union conferences. It was adopted by a close vote of 185 to 124 with two abstentions and has been the cause of concern in a number of union conferences around the world. It has introduced unprecedented procedures and a set of five committees at the GC for the purpose of supervising “unity” within the denomination.

This approach to dealing with ecclesiastical matters within the Seventh-day Adventist denomination was triggered by discussions about the ordination of women in pastoral ministry. Although the GC delegates in 1990, 1995 and 2015 decided against the ordination of women pastors, there are union conferences where constituency sessions have voted approval and there are women serving as ordained ministers. What makes the issue even more complicated is the fact that Ellen G. White, one of the cofounders of the denomination, was voted credentials as an ordained minister by each GC Session from the 1880s until her death in 1915. And, since 1970 three different official study groups made up of the denomination’s Bible scholars have found that there is no biblical prohibition of the ordination of women pastors.

In the opinion of the North German Union Conference on the understanding of unity, it was emphasized that the Seventh-day Adventist Church in Germany is part of the worldwide denomination which is connected by faith in Jesus Christ and in its fundamental teachings. But, the unity of the Church is created and guaranteed by Jesus Christ alone. This unity will not be the result of human effort, but will be given by God. Unity of the believers is realized directly and given life in the local congregation. This unity includes diversity and is therefore separate from uniformity. Unity in Christ always stands in a fertile and lively tension with diversity.

“This diversity we encounter in the worldwide Adventist Church,” the statement said. “We experience it as a challenge from cultural influences, liturgies, and legal issues. Yet this diverse Kingdom of God is built by human beings called to follow Jesus. Therefore, we must content ourselves with human regulations and directives, despite their limitation. Unity presupposes that there are differences. Therefore, unity includes necessarily talking about differences. But, arguments about ‘right’ and ‘wrong’ polarize more than they contribute to the understanding of diversity.”

The statement noted that there have been and are in the history of the Adventist denomination examples of dominance and domination of one style over other styles of piety and individual faithful practice. “Cultural differences cause injury and we regret that and ask God for healing.”

Because of this understanding of unity in the church, the Union Conference executive committee voted to request that the GC executive committee withdraw the controversial document on “Compliance” during its annual meeting in October of 2019. “The GC Working Policy and other guidelines are sufficient for the responsible authorities to intervene in case of problems or controversy. In addition, the Compliance document solves conflicts by promoting a spirit of distrust, of criticizing and evaluating and identifying many church members with worldwide Church differences.”

The presidents of the North German and South German union conferences are on record from a meeting in November 2018 in Friedensau near Magdeburg that the basis of national and international cooperation in the denomination is “mutual trust and the solidarity in Jesus Christ.” They considered the controversial “Compliance” document from the GC executive committee at that time expressed the view that diversity is not a threat to the unity of the Adventist denomination but a precondition. This includes the sensitive handling of matters of conscience in the Adventist churches. They expressed unity in the belief that “we want to continue to work toward full equality between male and female clergy.”

The Seventh-day Adventist Church in the Czech Republic and Slovakia voted at their constituency meeting in March to approve the possibility of the ordination of women as pastors in their countries. They also demanded the repeal of the “Compliance” document of the GC executive committee.

In Germany there are 35,000 Adventists, while 4,750 live in Switzerland and 4,200 in Austria. These German-speaking countries in Europe and the French- and Italian-speaking part of Switzerland are all part of Inter-European Division (EUD) of the GC, with headquarters in Bern, Switzerland.

This report was translated from German by Google and edited in English by Adventist Today. APD is the official news agency of the Adventist denomination in Europe.