News Feature: A Needs-based Approach to Community Outreach in a Botswana Suburb 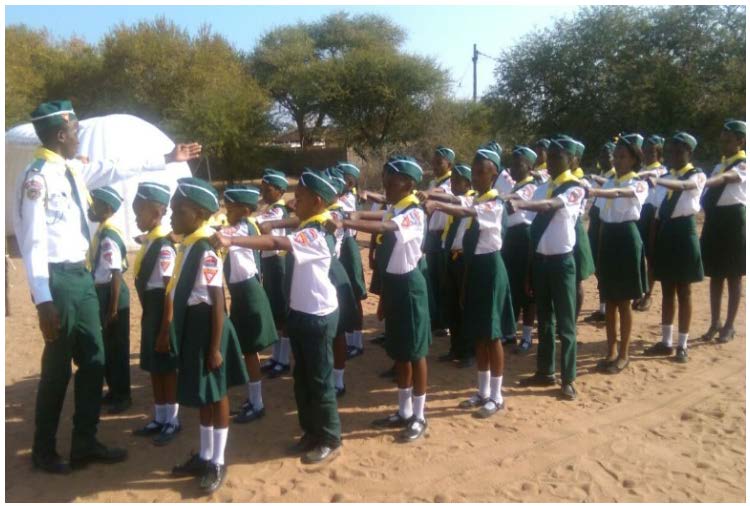 By Alethia Nkosi, September 20, 2019:    In a suburb of Gaborone, the capital of Botswana, the Bontleng Seventh-day Adventist Church began to operate four months ago as a church plant of the Gaborone Central Adventist Church. It started with a core group of 15 and has grown to about 40 members, a very youthful congregation. It is located three to four kilometers from the mother church.

Bontleng is mainly an underprivileged community and the children there are vulnerable to the common urban ills of alcohol, drugs and teenage pregnancies. The leadership of the new congregation did not only start the usual church departments. They engaged with the Village Development Committee in a needs assessment from which it was learned that a common concern is to “keep the children meaningfully engaged.” These children could otherwise be idle and exposed to crime, drugs, abuse, etc. The congregation’s leaders decided that the Pathfinder Club could be designed to meet this need in the community.

The club was launched on June 4 as a group open to children in the community, and after just three months it took center stage at the South Botswana Conference 2016 Pathfinder Fair by winning the first place trophy. The entire new congregation had taken up the commitment and tirelessly contributed their time, finances and support towards the success of the club. This was a great achievement and a major contribution toward the community’s needs.

Each member “exercised their area of giftedness in an amazingly unified way,” explained Norman Sebonego, the first elder for the new congregation, and the outcome “was automatic.” The impact of this achievement in the individual lives of these children and for the new congregation is tremendous. It is the living testimony of a church in action.

Besides the Pathfinder Club, the new congregation also provides a meal for the children from the community every Sabbath. Again, the church recognized a societal need and took steps to address the need as a first step enabling the sharing and teaching of the gospel. In the very near future the church will host a drug awareness day to highlight the dangers of drugs to society, families and individual lives.

What motivates this small group of adults apart from their love for God is their commitment to the children in this community. About 65 children from the neighborhood attend each week for the meetings of the Pathfinder Club and the Adventurers group (two different age levels of Adventist youth ministry). The group will be recruiting more children from the community. It will run a number of children related activities for the community. The congregation is planning to begin operation of a preschool in January.

In order to sustain this very progressive and meaningful work, there are significant needs for funding the food, supplies and uniforms for the Pathfinders and Adventurers. There are also demands on the time of the adult volunteers. Such a successful ministry to needs in the community by a new, small congregation represents a strong commitment on the part of key leaders.

The group in Boatleng had these words of advice and encouragement to other local churches; “A clubs’ true measure of success is in how they have impacted the community around them. There is nothing as fulfilling and rewarding as ministering to needy children from the community. Ensure that the club continues to reach out to children and ultimately to their parents. In addition, the club will market itself within the church so as to ensure it is given the necessary support from the church. Finally, nothing meaningful and impactful can take place without inviting Christ to be a part of it.”

The photo with this article shows a drill team from the Bontleng Pathfinder Club at the South Botswana Conference 2016 Pathfinder Fair. Photo by Watson Nkoni.