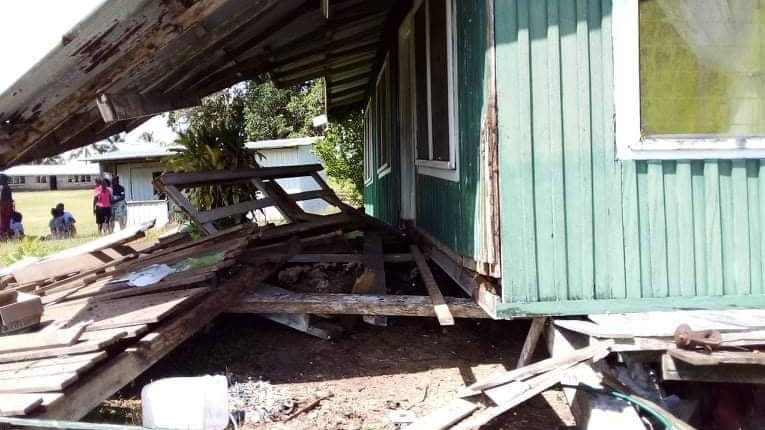 Collegedale, Tenn., United States, police have charged a man in connection to a sexual assault at Southern Adventist University, according to an article from WRCBtv.com. The incident happened just after 8:00 p.m. on Nov. 16, 2021. Police say a student was out running and noticed a Chevy hatchback. The victim says she stopped to rest when she was grabbed from behind and sexually assaulted. Police say a similar incident happened Nov. 15, 2021, and was reported to the school but not to police.

Police later found a man, Claude Finch III, whose vehicle matched the description, but he initially got away. Finch was later found at an apartment in East Brainerd and taken into custody. He is at the Hamilton County jail and faces three felony charges.

An earthquake caused significant damage to the Bekabeka Adventist Community High School on Friday afternoon, Oct.15, 2021, in Solomon Islands’ Western Province just east of Ngatokae Island, according to an article from the Adventist Record. Bekabeka is a boarding high school with 249 students, 18 teaching staff and nine support staff and was at the epicenter of the quake.

Six toilets and six showers were broken, creating sanitation issues. With 23 out of 28 homes on the campus damaged in some way, five staff families are living in the dining hall and one group is in a classroom.

One student was inside the canteen when it fell down, knocking her to the ground unconscious. She was pulled out of the building by some male students and revived shortly after.

For more information on how to assist Bekabeka, contact the principal at edionie@gmail.com.

Leaders of the Seventh-day Adventist Church in Australia are among 25 faith leaders who have released a statement ahead of the anticipated release of the latest draft of the Religious Discrimination Bill, according to an article in the Adventist Review.

Protections against religious discrimination at a federal level are “long overdue,” according to the statement: “Federally, there is at present little if any legislative protection against discrimination directed at a person based on their religious identity and belief, and there are inconsistencies in the manner in which states and territories have addressed the issue, if at all.”

Loma Linda University Medical Center and East Campus hospitals were recognized in the United States for achievements in patient safety and quality, receiving an “A” for fall 2021 from The Leapfrog Group, an independent watchdog organization. The designations are widely considered one of the most competitive honors American hospitals can receive, according to an article from Adventist News Network.

Executive Committee members at the Trans-European Division (TED) Year End Meetings voted three more people to join the TED team this month. However, the Health Ministries portfolio remains vacant, according to an article from the TED News Network.

The TED is currently in discussions with Loma Linda University Health network (LLUH) to establish a health facility based at Newbold College in England. The Health Ministries director will be appointed once plans for this program are at a more advanced stage, in order to provide a coherent vision and synergy with the Loma Linda-led initiative as part of a division-wide health project across the division’s 22 countries. LLUH is based in Loma Linda, California, United States.

The Berlin-Brandenburg Ecumenical Council (ÖRBB) in Germany elected Monsignor Dr. Hansjörg Günther from the Archdiocese of Berlin as its new chairman on Nov. 22, 2021. Pastor Dietmar Päschel, from the Seventh-day Adventist Church, was elected as his deputy, according to a press release from Adventistischer Pressedienst (Adventist Press Service Germany).

(Photo: The principal’s house on the campus of the Bekabeka Adventist Community High School in the Solomon Islands is off its stilts and has sustained major damage due to an earthquake that occurred on Oct. 15, 2021. Photo via Adventist Record.)