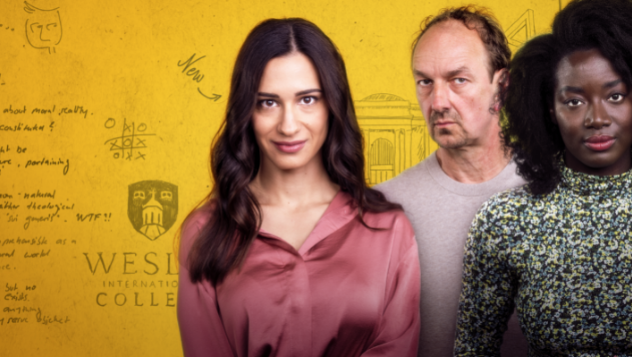 Ukrainian churches have been inundated with people after armed conflict erupted on February 24, with 50–100 people arriving at individual churches every night for help.

“People are entering our church buildings, seeking a safe haven for themselves,” Adventist Mission’s director for Ukraine, Leonid B.Rutkovskiy, said by email.

Adventist Mission has turned to the Hope in Crisis initiative as the Adventist Church in Ukraine runs low on funds, and church members, who also are helping from their own means, face a similar quandary.

“We are almost running out of personal and church savings,” Rutkovskiy said.

Tax-deductible donations to help the people of Ukraine can be made on Adventist Mission’s website, adventistmission.org/donate. Select “Hope in Crisis (Ukraine)” as the desired project. Alternatively, in the United States and Canada, call 800-648-5824 or send a check to 12501 Old Columbia Pike, Silver Spring, Maryland, 20904.

Hail, Hail, the Gang’s All Here

The 2022 General Conference (GC) Session is now open to the public. All are welcome to attend the business session and evening programs. The GC Session is the quinquennial meeting of the Adventist Church’s executive committee, its largest governing body, and will be held in St. Louis, Missouri, June 6 -11, 2022.

There will be enhanced sanitation and ample space to accommodate social distancing, as well as other safety measures and guidelines recommended by the Centers for Disease Control and Prevention (CDC). The GC Session will be held at the America’s Center Complex in St. Louis. For the most current updates and information visit www.gcsession.org.

Walk in on Sonshine

April 7-9, 2022, will mark the first in-person Sonscreen Film Festival since 2019. Students from colleges around the North American Division will gather at the newly completed Loma Linda University Church complex in California for three days of film screenings, educational opportunities, and professional connections. The return to the in-person festival comes on the heels of two years of online gatherings and a special alumni event this past fall.

The only film festival sponsored by the Seventh-day Adventist Church, Sonscreen is a student-focused event, and only student-made films are eligible for awards. Students and professionals can submit films for consideration until March 20, 2022.

This year there will also be a pitch competition. Competition finalists will present their future films ideas to a panel of experts, and winners will receive a cash prize to help fund their projects. The pitch competition is open for entries until March 27, 2022.

Sonscreen 2022 will also premiere season one of Hope Media Europe’s Encounters series. Encounters is a five-episode scripted television series about two university chaplains and the students who come to see them. The show’s website describes it as “a series about university life at its best. And worst. A show about searching for God in the 21st century.”

Honorable Judge Allison Williams, a member of the Northern California Conference in the United States, has made it into the history books. In November 2021, as one of the two judges appointed to the Sacramento County Superior Court, she became the first public defender in Sacramento County to rise to this level of leadership in the last 30 years.

From the time Williams applied for her appointment in January 2022, she felt the Holy Spirit removing many obstacles, making her journey, in her words, “full of miracles.” For instance, during the process the state judicial nomination evaluators mailed about 1,000 evaluations to almost everyone Williams had come in contact with during her career.

Williams said, “Out of all the returned evaluations, there was not one negative comment. Not one! I knew then, God wanted me on this leadership path.”

Williams says she never imagined her life would lead to where she is today. “I never had plans to be a leader like this — a black woman serving the community as a judge. But I remember a phrase [Adventist Church co-founder] Ellen G. White wrote, ‘Higher than the highest human thought can reach is God’s ideal for His children,’” Williams said.

We Are Family—Jesus, He Is Our God

Seventh-day Adventist Kinship International is holding a Zoom event on March 20, 2022, at 12:30 p.m. EST. The monthly roundtable, called Kinship Family Meeting, was created to support the families and friends of LGBTQ+ people. According to the event’s organizers, many Adventists have LGBTQ+ friends and colleagues at work, and some Adventists even have LGBTQ+ family members, but many Adventists typically aren’t sure how to relate to the LGBTQ+ community in their workplaces, families and churches.

Organizers said many of the attendees are parents of an LGBTQ+ child. Attendees will be able to share their struggles of understanding, share lessons they’ve learned, ask questions of each other, and share their stories of growth, connection and family. All are welcome to attend. Learn more and RSVP @ https://bit.ly/KinshipFamilyMeeting

Update March 20, 2022: A photo and a story about an unexploded rocket in the courtyard of a Ukranian church were removed.  The Adventist Press Service Germany and Switzerland, which sent out a press release about the story, noted inconsistencies about the story and said they could not verify the report, although it is not necessarily false.