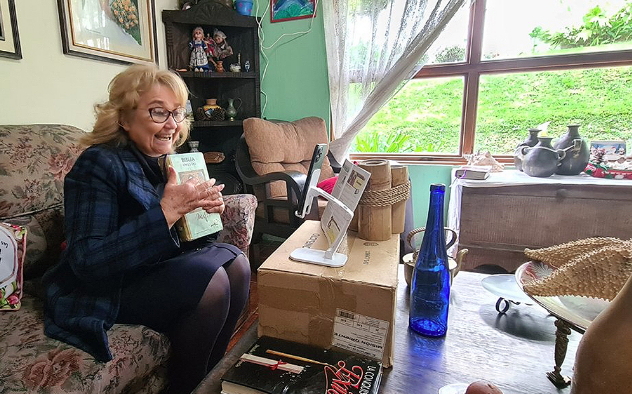 General Conference of Seventh-day Adventists President Ted N.C. Wilson will be the featured guest on a special program, “Examining Church Structure: The General Conference,” on Jan. 29, 2022. Hosted by the Office for Regional Conference Ministries (ORCM), the presentation is especially timely, as the General Conference has just released a statement addressing concerns about how some General Conference administrative bodies operate. The ORCM said on its Facebook page that it will be a “candid conversation.” The program will be streamed live 5:30 p.m. EST/ 4:30 p.m. CST/ 3:30 p.m. MST/ 2:30 p.m. PST, and can be viewed on ORCM’s Facebook page or on its YouTube channel.

Flooding due to the undersea volcanic eruption near Tonga has damaged homes, churches and other public infrastructure. Some Adventist church buildings have been impacted, including the Tonga Mission headquarters, located in the foreshore area of the capital, Nukuʻalofa, on the main island of Tongatapu.

“I’ve received word overnight that the Tonga Mission office, the Mission president’s residence and another house on the site have suffered significant damage,” said South Pacific Division ADRA Regional Director Greg Young. “But we are thankful to God that no lives have been lost and the Mission president and his family are safe.”

ADRA is appealing for donations to support the response effort. If you can help, please head to https://www.adra.org.au/project/disasters/ or https://adra.org.nz/respond/.

TikTok and She Don’t Stop

Bertilda Vázquez de Quiej, 64, is an Adventist grandmother who has thousands of people following her Bible Study Ministry on TikTok. The grandmother of eight began to share Bible verses and an encouraging message every day from her home in San Lucas, Sacatepéquez, in Guatemala on the app in 2020.

In just two years since joining TikTok, she has gained more than 29,700 followers. Her followers are based in many different countries, such as Argentina, Peru, Bolivia, Ecuador, Mexico, and the United States.

Every afternoon she makes TikTok videos. She studies what are the best times to post her videos on the TikTok app every day, takes time to answer questions that her followers send her, and tries to ignore or block hate messages she occasionally gets.

Bruna Pontes, a 15-year-old girl from Rio de Janeiro, Brazil, has an asteroid named after her. In 2019, she was a member of the Campos Astronomy Club at her public school. For a month, she spent three hours a day observing images of astronomical objects.

As part of the process, Pontes participated in the International Astronomical Search Collaboration (IASC) and excelled in asteroid discoveries and observations. In her honor, the asteroid 2013 EG44 was named “Brunapontes.” Pontes entered astronomy history as one of the youngest people in the world to lend her name to an asteroid.

Mugi Kinoshita, Avery Kroll, and Ruth Perez, three senior animation majors in the School of Visual Art and Design at Southern Adventist University, received the Windrider Best Undergraduate Student Film Award during the Windrider Summit & the Sundance Film Festival Experience 2022. The Windrider Summit, which was held virtually this year, is an official partner of the Sundance Institute.

The students were recognized for their short animated film “Knock Knock,” which they created during the 2020-2021 school year. It tells the story of two masked elementary students who communicate by knocking on the plexiglass that divides them and writing sticky notes to each other. To view “Knock Knock” and other student projects, visit southern.edu/animationshowcase.

(Photo: Bertilda Vázquez de Quiej films her daily TikTok Bible message from the living room of her home in San Lucas, Sacatepéquez, in Guatemala. Her TikTok account has grown to 29,700 followers since she signed up for the app during the onset of the global pandemic in 2020. Photo by Gustavo Menéndez via the Inter-American Division website.)