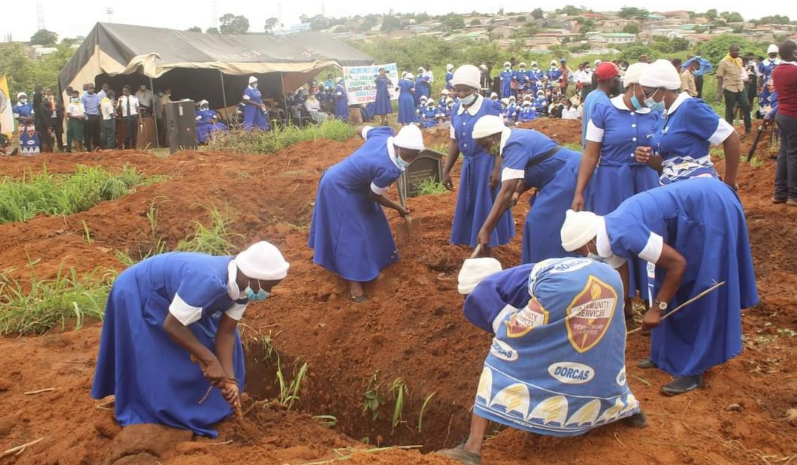 This weekend, Adventist Peace Fellowship (APF) will hold its second annual online/virtual event, “Martin Luther King, Jr. and the Unholy Trinity: Liberating the Church from Violence,” with the “Unholy Trinity” being racism, militarism and materialism.

A panel with diverse voices will then discuss how King’s call to resist racism and violence connects with Adventists. Besides Claiborne, the panel will include Dr. Lisa Clark Diller, professor of history at Southern Adventist University, as moderator; Dr. Tim Golden, professor of history and director of the Blake Center for the Study of Race and Ethnicity at Walla Walla University; Bettina Krause, an attorney and editor of Liberty magazine, the religious liberty journal published by the Adventist denomination; and Dr. Pedrito Maynard-Reid, professor of missions and sociology at Walla Walla University.

On Monday, Jan. 17, 2022 (Martin Luther King Day in the US), three breakout discussions will be held: “Adventists and Protesting: How Do We Stand Our Ground for Peace?”; “Adventists in the U. S. Military Today: A Discussion”; and “Refugees and Immigrants: Ethical Adventist Perspectives. ”

The church conducted a service for the deceased and oversaw the funeral procession and burial in Chingwere. Council spokesman Emmanuel Lupikisha said the council was humbled by the work of the Adventist church in performing the noble task of burying unclaimed bodies and hopes that other organisations will emulate the good works of the SDA Church in Lusaka, reported news site Mwebantu.

L.S. Baker Jr., PhD, an Andrews University staff member and archaeologist, recently spent two weeks in December carefully documenting each hieroglyph from the Hittite Treaty, one of the most famous inscriptions in Egyptian archaeology.

Baker was part of the Karnak Great Hypostyle Hall Project, which aims to record in the highest detail the thousands of inscriptions and reliefs carved on the walls and columns of the giant complex in Luxor. The site was known to the ancient world as Thebes, the capital of Upper Egypt.

“So there I am, 15 feet up on a scaffold, working just inches away from the delicate and faded lines of this incredibly important inscription from ages past,” said Baker. “I guess it might be like an art historian from Andrews being nose to nose with the Mona Lisa in the Louvre to analyze and record the brush strokes on Leonardo da Vinci’s famous painting.”

The documentary film The End of Blindness tells the true story of Samuel Bora, the only ophthalmologist for 3 million people in rural Ethiopia. It was directed by AJ Martinson, Adventist filmmaker and member of Vallejo Drive Seventh-day Adventist Church in Glendale, California, US.

As a child Bora walked several miles to school barefoot every day so that he could get a good education, Martinson said. After medical school, Bora chose to return to the countryside where he was born to help the rural poor see again, instead of making as much money as he could in the capital city.

Bora is sponsored by Tropical Health Alliance Foundation (THAF), a nonprofit founded by Adventist philanthropist Larry Thomas. The End of Blindness is now streaming on iTunes and Google Play and Home Video. You can find the links to watch the film at theendofblindness.com/watch.

Good at Putting the Pieces Together

Gabriela Barbosa, Miguel Camacho and Isabelle Silva, fifth-year students at Colégio Adventista de Imperatriz (CADI) in Maranhão, Brazil, won bronze medals in the theoretical modality of the Brazilian Robotics Olympiad 2021. The test had questions in Portuguese, mathematics, logical reasoning and robotics. More than 25,580 students from public and private schools all over Brazil participated.