Just as we are born to die, it seems, the gift of memory with which we are born is destined to fade. Under ideal circumstances, decline of the mind will not precede that of the body, but that is not always the case, and there is not a lot we can do about it.

Senility, whether from Alzheimer’s disease or other cause of dementia – it matters little; management is about the same – has affected two of my in-laws. This is not to say that their bodies didn’t also deteriorate, but mental deterioration seemed disproportionate. If one separates long-term from short-term memory (a somewhat arbitrary but convenient distinction), by the end stage of senility, sufferers will have lost both.

It is a grim, sad reminder that memory is a vital component of our humanity. Without it the person so afflicted becomes but a shadow of their former selves. One can only hope for their ultimate restoration.

In ‘One Art,’ American poet Elizabeth Bishop (1911-1979) considers the matter of losing (incident to forgetfulness, or not remembering), and concludes it’s not a difficult art to master, for, in reality, it’s the natural progression of things.

Throughout the long halls of recorded history, from the Sabbath, a memorial to creation, to altars erected to serve as reminders of something special that occurred in or near that site, to the man-made scars on the corpus of Christ, we (and our offspring) have been given reminders of important matters.

We observe, with quietude and reverence, communion service to commemorate and recall events that occurred at the Last Supper.

One side of my car has scratches, some deep, from several years ago when I fell asleep whilst driving and I drifted off the freeway onto a shoulder and against some bushes with stiff branches. I intend to leave the car as is; the scratches, which some may consider a consequence of good fortune, are, for me, a tangible reminder of Providence.

As I was recently compiling a commemorative photo book (including some vintage photos, some sepia-toned) for a brother who will be celebrating a milestone birthday soon, I was reminded why I take photos. The time may well come when it will be useful to have visual reminders of what happened in the past – who was where when. What we once looked like (‘the older I get, the better I used to be’).

Speaking of photos, I rather like this credo, variously attributed to spelunkers, hikers, and Native Americans: ‘Leave only footprints. Take only pictures/memories. Kill only time.’

In a slightly different context, Spanish philosopher George Santayana (1863-1952) observed, with pith: ‘Those who cannot remember the past are condemned to repeat it.’

Which reminds of something prolific writer E G White wrote: ‘We only nothing to fear for the future, except as we shall forget how the Lord has led us… in our past.’ (‘Life Sketches,’ p. 191).

We are not the only species to have memory. Elephants are said to have prodigious memories, and many other members of the animal kingdom have been observed to possess memory. It is natural that we should identify most closely to those (including chimpanzees and dolphins) whose intelligence may approximate our own.

The TV news programme 60 MINUTES has aired a couple segments on a fascinating small subset of individuals who possess a particular, rather peculiar memory at which the rest of us mortals can only marvel. They can tell what happened in their lives on any given date – what they ate, what they wore, what they did – and also say with accuracy which day of the week a particular date fell on. I cannot say they are necessarily more happy or successful than the rest of us, but they don’t seem to be less so, either.

Does the Almighty need promptings (visual and/or other) to remember? If He does not forget, then apparently not.

But He has promised that there are things He chooses to forget. Such as our transgressions (Is. 43:25; Heb. 10:17). And for that we can only be grateful.

For us, remembering seems more important than forgetting. My Biblical concordance contains many more entries for ‘remember’ and such than for ‘forget’ and similar.

Whereas breakage (which connotes a suboptimal state of being, nonbreakage being preferable) figures heavily in the above verse, the Almighty has promised, ‘Behold, I make all things new’ (Rev. 21:5).

The time will come when the inverse of what Pablo Neruda wrote may apply: love will be long, and forgetting short. 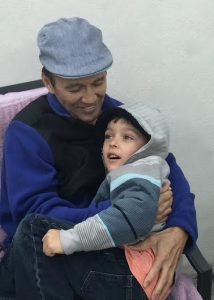 Lament Thoughts on Non-Violence and Atonement

Do’s and Don’ts of Regifting…