Is It Really about Unity? 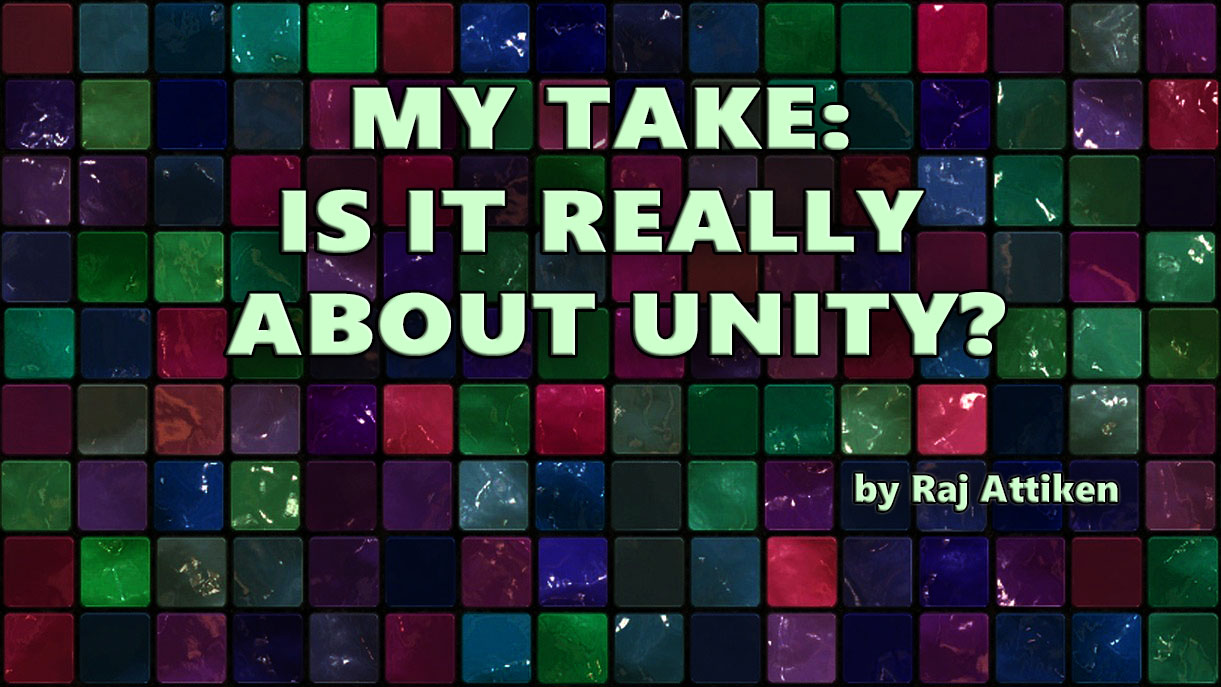 by Raj Attiken, January 26, 2017:     The General Conference leadership has, in recent months, appealed for institutional unity as its newest tactic to prohibit the ordination of women to the gospel ministry. The calls – even demands – for unity have become the centerpiece of speeches, published papers, voted actions, issued warnings, and even threatened discipline. As recently as January 19, leaders of the General Conference and the North American Division have released a statement acknowledging that conversations had been held again about church unity as it relates to women’s ordination.

What is the nature of the unity that exists within the Adventist church?

The one place where most Adventists would assume that the church is united is in its doctrinal affirmations. We go to extraordinary lengths to carefully craft our doctrinal statements, and insist that changes can only be made by vote at General Conference sessions. We take pride in claiming that wherever Adventists are present in the world, they all believe the same thing. The reality, however, is that this presumed unity in doctrine is also a site of disunity. For, even when we affirm common doctrinal themes, we affirm them differently. We mean different things when we refer to the same central themes such as “Gospel,” “Atonement,” “Justification,” “Trinity,” “Sanctuary,” “Creation,” and many more. Although we hold 28 Fundamental Beliefs, there are those among us who cannot relate to all of them as being “fundamental” (After all, if there are 28 of them, how “fundamental” can they all be?). Even when we agree on the number (28), we understand and affirm these differently. We differ even on our views about God, and the ways in which God is engaged in the universe and in human affairs. It is reasonable, therefore, to ask: What does unity of doctrine mean when in reality we hold a wide variety, and sometimes opposing, views on doctrinal issues?

Do we do any better with our professed unity when it comes to our liturgy and how we practice the rituals and ordinances of the church? While we subscribe to the practice of baptism by immersion, there is wide variation on how that is done, on who is permitted to do the baptizing, on whether or not those who are baptized are required to profess agreement to a set of vows, what those vows actually say, etc. As a worldwide community, we differ widely on how the ordinance of the Lord’s Supper is viewed and celebrated, on how the emblems of the Lord’s Supper are prepared and disposed, on who is permitted to officiate at these ordinances and to participate in them. There is wide variety in how congregations across the globe worship on Sabbaths. In one of the congregations to which I belonged, most worshippers left their shoes and sandals at the door of the sanctuary (drawing from the experience of Moses removing his sandals at the burning bush) and men and women sat on different sides of the church – practices that obviously are not universal. In some churches people kneel for all prayers, and in some, women cover their hair when in church. I have known congregations that would not permit Sabbath fellowship meals to be held anywhere in the church building. Regardless of how we perceive the church’s unity, we must admit that we are not in agreement about our liturgical and other practices.

How united are we in the exercise of ecclesiastical authority? In some places, only pastors who are ordained are permitted to conduct baptisms and officiate at communion services. In other places ordained elders are permitted to lead in these ordinances. As evidenced in the discussions at various church councils and General Conference Sessions, we do not agree on what makes a pastor a pastor. Church discipline is administered differently in different places. A member of a Seventh-day Adventist congregation once told me that her church had just disciplined her through a process called “disfellowship without seat,” a practice I had not heard of before. I have learned since that in certain parts of the world an action to disfellowship “without seat” meant that the person under discipline was being prohibited from showing up in that church again! The church no longer had a seat for her! In our united Seventh-day Adventist Church we exercise authority in markedly different ways.

It seems to me that just about every mark of unity within the Seventh-day Adventist Church is also a sign and site of disagreement, diversity, and maybe even division. Very few, if any, among us will be surprised by the nature of the differences and disagreements that I have summarized. We recognize their presence. We have learned how to live with ourselves and to be a church that is accommodating of such differences. We may even have learned that by naming our differences as “diversity” (as in “unity in diversity”), we minimize the sting of the divisions among us. It is, therefore, ironic that despite the differences that exist in many aspects of the church, we would expend enormous energy and resources to enforce uniformity in just one area of our church life: barring women from serving God, the church, and the world as ordained ministers! Whatever might be the motivation for this, it cannot be a desire for unity.

If one examines the entire landscape of the church, it should become quite evident that this apparent preoccupation with unity is directed almost exclusively at the issue of women’s ordination, and not at other aspects of church life. In the context of how the church lives out its beliefs and practices around the world, these calls for unity seem less about unity and more about a firm unwillingness to recognize the status of women, the influence of women, and the role of women in the church.

Jesus prayed that his disciples would be one as the Father is one with the Son. The Apostle Paul succinctly summarized the unity to which Christians are called: “There is one body and one Spirit, just as you were called in one hope of your calling; one Lord, one faith, one baptism, one God and Father of all who is over all and through all and in all” (Ephesians 4:4-6). The church’s unity is rooted in Christ himself. The Spirit is the source of both the diversity and the unity of the church. Describing the unity he wished to see among the Philippians, Paul urged them to be “of the same mind, maintaining the same love, united in spirit, intent on one purpose” (Phil. 2:2). Whatever is meant by these and other biblical affirmations of unity within the Body of Christ, it would be an enormous stretch of both imagination and understanding to conclude that the church could experience this unity if it could merely exclude women from full participation in the responsibilities and privileges of serving as ordained ministers.

I propose that we should relate to the matter of unity within the Body in at least two specific ways: First, we must, individually and collectively, continue to find ways to place ourselves in an attitude that allows the Spirit to bring about the unity for which Jesus prayed, of receiving one another in love as the Father receives the Son. Second, we should stop the misguided attempt to prohibit the ordination of women on the pretext that it compromises unity within the church (We have already learned through many formal study commissions that there is no biblical or theological rationale for such prohibition).

The appeal to church unity as the motivation to enforce compliance rings hollow and disingenuous. It distorts the essence of the unity that Jesus desires for the church. The use of administrative authority to enforce unity defies the spirit of Jesus’ prayer for unity. That’s my take!