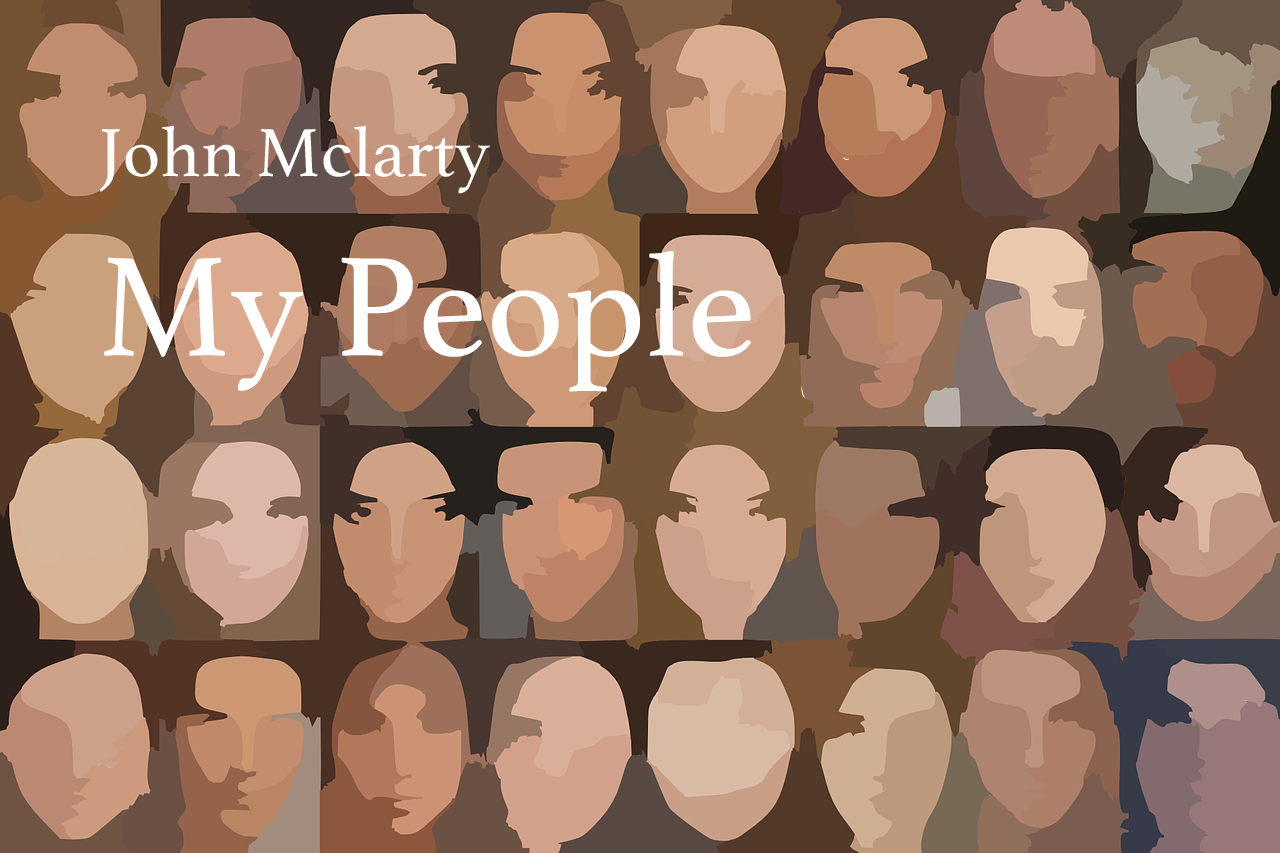 Over the decades my parish has included adults who never left diapers, never mastered language, and were never baptized. Still, they are my children. If they go to hell, I’ll go with them. If heaven has no place for them, I have no interest in heaven. How could any place be paradise if my children were excluded because they could not master the required tasks, could not obtain the required credentials?

My parish has included people who were abused beneath religious art hanging on the wall and in the kitchens of people employed by the church. The lingering effects of that abuse created barriers to the kind of faith we rightly celebrate. These victims of abuse are not “model Christians.” But surely you do not imagine that I would add the final word of abuse: “Not my people.” “Not welcome here.”

I have also known in the wide circle of the holy family called church, abusers. Men and women who grievously mistreated children, sexually and otherwise. Some have rightly gone to prison. They break my heart, these misshapen sons and daughters of God who damaged youngsters. I sometimes wish I did not know them, had not seen their faces knowing their deeds. You might imagine that I could justify disowning these abusers because I know and love their victims, but I refuse. They are all mine.

My circle includes physicians who have lost their licenses and maybe their minds and certainly the religion of their childhood. And would you have me disown them now? Now, when they most need a home they cannot lose? Now, when they need to be carried after decades of carrying? They may not be safe for patients, so their licenses had to go. I get that. But really, do you think I would add that last damning word: You are not one of us? Don’t ask me to say it. I won’t.

My congregation includes biblical scholars, theologians, and scientists who are compelled by their study to dissent from some point or another of the Adventist creed. Their childhoods, educations, grandparents and cousins, and core religious identities are all Adventist. When I was younger these were first my teachers, then my sisters and brothers. Now, increasingly, they are my children. Do you think that I, with my own deep roots in this community, could add my voice to the shrill denunciations? Can you imagine that I would join the chorus of ostracism? You know I won’t. I can’t.

If you’ve tracked with me this far, come a little farther. What about my children who wrestle with questions of gender identity and sexual orientation? I will speak of men because I know their stories better. When one of my sons is born gay, would you have me pronounce the word of excommunication or disfellowshipment: “Not my people”?

Have you listened to his story? Have you heard of his relentless, desperate search for a cure? Have you felt the pain of fasting and visits to psychiatrists and Christian “change specialists”? Have you felt their desperate hope after being anointed, surely this time, finally, God will say yes to their lifelong prayer and make them like other men? Have you sat with them in that moment of suspense, at the apex of the arc of hope, afraid to wonder if it’s up or down from here? Cured? Then the crushing, withering realization. God said no. Maybe hearing all the details of these stories, after you have cried with them, you will still be able to summon the religious zeal to pronounce the verdict of excommunication. I cannot. I won’t.

The official policy of our denomination requires us to welcome homosexuals on the condition they pledge celibacy or come among us only as visitors. The requirement of eternal celibacy is a prescription almost as cruel as the now discredited prescriptions for “change.” There are individuals for whom this is possible. There are individuals, heterosexual and homosexual, for whom this is God’s calling. But the denominational policy was voted by groups of old men who have been married for decades. They were voting to impose on others a burden they would have never contemplated for even a minute carrying themselves. For most of us a prescription of lifelong celibacy is as realistic as running barefoot up Mt. Rainier in shorts and a T-shirt. We won’t deny that it’s possible, just that the possibility excludes us and all our friends and children.

So I will not say it. I will not exclude from the welcome table of Jesus my children who are gay. I will not impose on them a burden that I would never even consider carrying myself. I am personally committed to warmly welcoming my gay children, requiring of them the same kind of sexual continence we expect of one another—faithfulness.

I invite the members of this congregation to come stand with me in welcoming those whose sexual and gender identities are irregular.

We celebrate the human ideal pictured in the Genesis creation stories: a man and a woman forever together in a happy union that produces children. In a perfect world this is how people would live. We also join God in compassionate accommodation to the realities of this world. Already in Genesis, not every union of man and woman is happy. Not every union is monogamous. And so it is in our world. Not every couple has children. Not every adult marries. We do not ostracize the people who experience these departures from the ideal. We bend to less-than-ideal practical solutions for the human problems. Some relationships become so toxic that divorce is better than marriage. In ancient times, this kind of practicality was expressed in laws regarding polygamy and levirate marriage as a way to make sure no woman was left without support and protection.

In our world, we even make allowances for single people—a category of human existence that appears nowhere in the Bible story. Everyone in the Bible was part of a household. Some of the households are crazily dysfunctional. Jacob and his four women and twelve sons and one daughter come to mind. But no one was single, not in the modern sense. No one had an apartment by himself or herself. In Seattle forty percent of households are comprised of a single person living alone. And we welcome these single folk in the life of our church.

Still, according to the denomination’s rule book, if a man is not suited for marriage in the traditional sense, we must say to that man, “Pledge eternal celibacy or hear our word of excommunication: ‘Not our people.’”

We are an Adventist congregation. Congregations do not make doctrine; the international denominational body does that. But we do make decisions about membership. We can offer membership to our brothers and sisters, our sons and daughters who are called by God to be part of the Adventist Church without demanding they meet some theoretical standard of model humanity.  We can learn and grow together.

I ask you to stand with me and say to all of the children of God, “My people. My brothers and sisters. My children. All of them.”