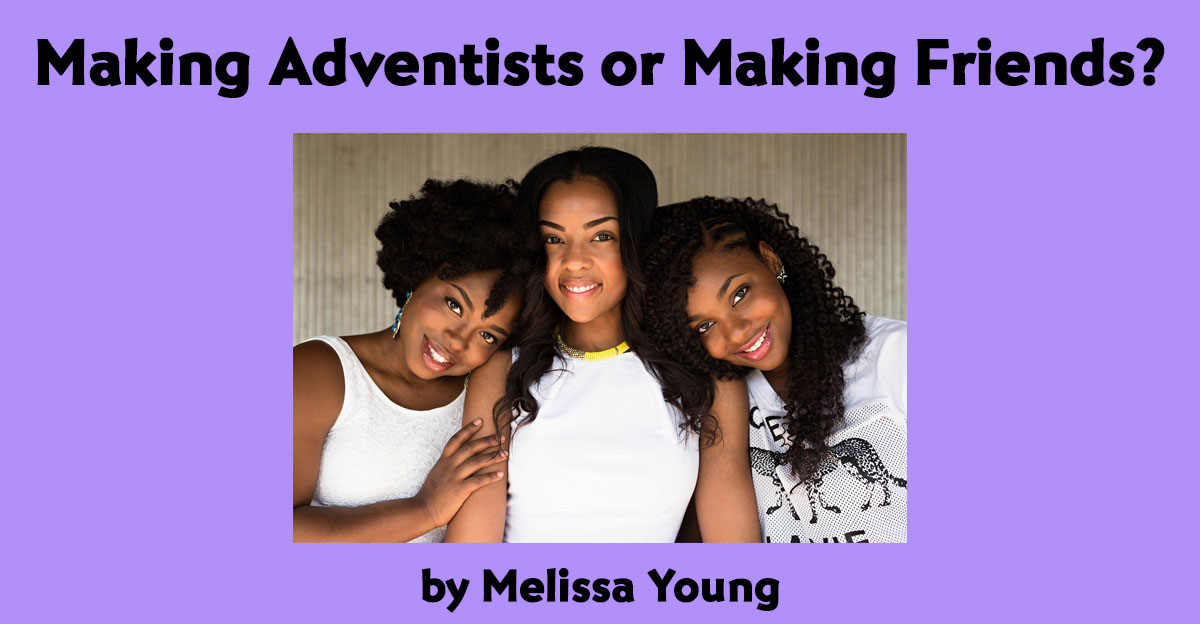 “I have a testimony I just have to give tonight!” the voice of the girl next to me called out. I was attending a Friday night Bible study at a Seventh-day Adventist church near my home for the first time. So far, the evening had been fairly uneventful. We were all sitting in a circle, our Bibles resting in our laps. There were snacks, people were generally friendly towards me, and it was nice to be around others in my community who seemed interested in studying God’s Word. The guy who was leading the session quickly motioned for the enthusiastic young lady to share her news.

“Well,” she began, “I have this friend of mine who is in the world and I’ve just been praying for God to help me reach her. Even though she was raised in a good Adventist home, she doesn’t go to church and she doesn’t seem interested in God anymore, you know?” She paused for a reaction, and there were vigorous head nods of agreement and looks of concern from others in the circle.

“So anyways,” she went on, “this week when I went to hang out with her at her house, I noticed that she wasn’t wearing earrings like she usually does. The Holy Spirit really impressed me to ask her about it, and she told me she had decided that she didn’t need that stuff to feel pretty anymore! I know it is such a small step, but I’m just so encouraged to see her getting even that much closer to the Lord. I’ve just been trying to witness to her for so long and I think it is finally having an effect!”

I burst out laughing, causing all eyes to dart to me in shock. That is when I realized the girl was completely serious. Which is also when I remembered that I was wearing earrings. Awkward.

After that interesting encounter, I found myself re-evaluating what I believe witnessing actually is. I decided to dedicate some of my daily Bible study time to looking up some verses on what the Bible says about sharing our faith. Mark 16:15 is pretty clear when it asks us as followers of Jesus to go into the world and proclaim the gospel. Matthew 5:16 says, “Let your light shine before others so that they may see your good works and glorify your heavenly Father.” When we commit our lives to God, we also commit to continue his work on earth. Sharing our faith is certainly not something for us to be ashamed of as pointed out in Romans 1:16, “for I am not ashamed of the gospel…”

What has your experience with witnessing been like? What does modern-day witnessing look like in your own life? Growing up as the daughter of an Adventist pastor, I remember how much pressure there was to “save the world”. Many a childhood summer night was spent at our church hosting evangelistic meetings. Many a Saturday afternoon was passed by going door to door in local neighborhoods passing out Adventist literature. Sometimes these efforts were successful, and other times they were uncomfortable and unfortunately even offensive to our neighbors.

I’m not here to discredit or condemn witnessing tactics of the past. I am a firm believer that God can take any effort and use it for His glory. I’ve heard many compelling testimonies of Bible workers and evangelists. I think there are certain individuals and personalities who really seek out and connect with evangelistic programming. I think some people pray to God for a “sign” and then receive a piece of literature on their doorstep which gives them the answer to a question they’ve been pondering. That being said, I don’t believe those are the only ways to share our faith and I also don’t believe those are the most effective ways to share in our modern society. If we think we have fulfilled our witnessing quota for the day because we hid some SDA pamphlets amid the bookshelves of our local library or in the waiting room of our doctor’s office, we need to think again.

We are living in a time when people are craving authenticity. They are craving genuine relationships. In a time when we are “more connected” than ever, it’s a well known fact that we are actually lonelier than ever. If we approach witnessing like we are here to solve everyone’s problems and answer everyone’s questions we often end up empty-handed. The truth is, people are not looking for an obtrusive list of “Do’s and Don’ts” to improve their quality of life. Quite frankly, they have Google for that. Google can tell me anything I could ever want to know- even things I don’t want to know!

Have you ever worked in sales? Have you ever participated in a fundraising campaign? If you know anything about asking people for money, you will understand that there is a method to it. When I was in college I worked in a call center within the alumni department of my university. It was my job to connect with alumni through phone calls, ask them about their experience with the college, and eventually ask them to make a charitable gift. While working that job I heard a phrase that I still hold on to and apply to my life today. The phrase was, “Everyone wants to give, they just don’t know it yet.” It was my job to help them see that they wanted to give. Someone might tell me this is a scam, but I disagree. I think it is true. Everyone does want to give when they are able to recognize that they are giving to something they care about.

It is the same in ministry. Everyone wants to know Christ, they just don’t know it yet. It is our job to reveal to them the love of God. How many non-Adventist friends do you have? Can you count them on one hand? Do you even have any? I would urge each of us to make friends with people who are different than us. Notice I said, “make friends” not “witness”. It is important to use wording that puts us in the right mindset. I believe true witnessing is friendship itself. Not friendship with an agenda… just friendship.

Church membership is not, by itself, a good measure of salvation. Sure, we want to grow our church congregations, and I believe the Adventist denomination has a lot to offer, but there is so much more to it than that. The world needs Jesus. They need Him so badly.

We must hold ourselves accountable. If I spent as much time working on myself as I do trying to cure the rest of the world of their flaws, imagine what a wonderful example my character would be. If I was truly as kind, as compassionate, and as brave as Jesus was while he was on earth, people would be asking me why. Why were you so kind to our boss after he criticized you for no reason? Why were you so forgiving of that man who hit your car? Why didn’t you lose your temper when someone stole your credit card? When we show people Christ’s character they want to know more without us saying a word. John 3:17 says, “For God did not send his Son into the world to condemn the world, but to save the world through him.”

This week I challenge you to stop aiming to make Adventists, and instead start making friends. 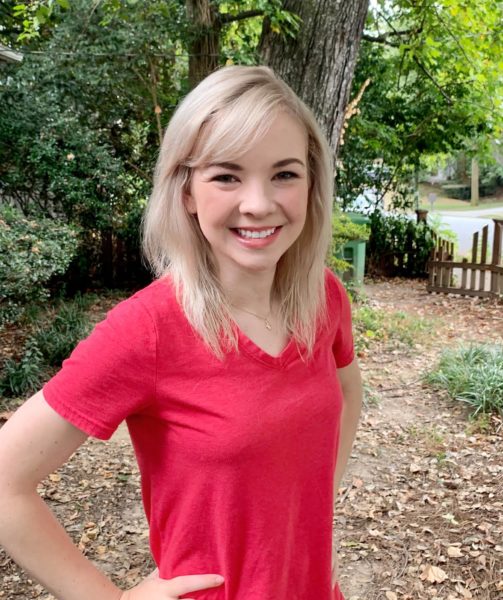 Melissa Young is a Christian blogger, and author of the book, The One Who Stayed. an Amazon exclusive book that outlines how young adults can find purpose and value in churches today. When she isn’t writing, she works as a training advisor for corporate training company Dale Carnegie. In her free time, she enjoys figure skating, hiking, and swimming. She resides in Atlanta GA with her husband, Braxton. She blogs at https://www.thebiblegirl.com/.