Last Sabbath’s day-long discussion of the GC compliance document at the Loma Linda University Church was characterized by candor with kindness—and if participants had to choose, kindness won.

Senior pastor Randy Roberts, in the afternoon Q&A, was asked whether his congregation “would submit” to the General Conference. He candidly replied that he’d work toward unity, but on the conscience vs. compliance issue he’d side much more with conscience.

School of Religion Dean Jon Paulien, the other principal participant in the day’s proceedings, had been invited by Pastor Roberts to even-handedly explain the GC compliance documents to his congregation at a specially called Sabbath School session. In his candid and illuminating 45-minute presentation, Paulien openly spoke of the “penalty” aspect of the document, where the stakes are especially high. And he laid out how penalties escalate—from warning to public reprimand to the offending institutional president being removed from office “for cause” (something Paulien saw as formerly occurring only for a “moral fall”). Paulien laid out the background of the present documents: the 2015 San Antonio GC Session where the “impasse” was between those who believed that women should be treated equally and those who held that the Bible taught otherwise (headship theology): “The way the proposal was worded, it was set up to divide the church” – as indicated by the 59-41% vote, said Paulien. In the afternoon discussion Paulien lamented the “HR-approach” of the “compliance-track,” as opposed to the needed “pastoral approach” that could unite the denomination. Although Paulien gave salient points pro and con—so much so that some keen observers wondered where he personally stood—his concluding text clearly showed his sympathies: “You know that the rulers of the Gentiles lord it over them…It shall not be so among you” (Matt. 20:26).

Several panel participants—all clergy–openly bemoaned that the very nature of a compliance document sets up an in/out dichotomy. That 80% of church institutions are out of compliance with GC policies at some point was indicated by Pastor Roberts. Further, he strongly called for distinguishing issues such as Sabbath (“core to our identity”), from issues that the Bible neither condemns or condones (e.g. women’s ordination). Miguel Mendez, study pastor, LLUC, most boldly complained that the document invokes censure, shaming and coercion, and he proclaimed that such tactics will not quiet individual conscience–twice invoking Martin Luther’s “So help me God, I can do no other.”

Mendez’s comments were part of his anti-document speech to begin the afternoon panel discussion. No pro-speech was given, as the invited church leaders who favored the document (at least ten) could not accept.  However, Mendez’s strident tone didn’t characterize the ensuing panel discussion and Q&A. (Interestingly, even in these observations in which I’m laying out the most candid criticisms of the compliance documents, the most pointed opposition was laced with grace.) At clearly a tense moment (and I’d say, the only one), Pastor Roberts spoke of the “raw” circumstances where Southeastern California Conference’s duly elected President Sandy Roberts (also a panelist) is not recognized by the General Conference as a conference president and is officially barred from entering meeting rooms at the GC open to her fellow presidents. Clearly Pastor Roberts felt strongly about the official snubbing of President Roberts, whom he’d referred to glowingly as both conference president and as his colleague in pastoral ministry years earlier. Breaking the escalating tension, Paulien pastorally asked: “To lighten things up, how are you two related?” (They aren’t!)

At the conclusion of the long, two-hour panel discussion, Pastor Roberts referred to divorce research indicating that when a couple’s relationship becomes strained, it’s easy to assign “foul” motives to the other. Roberts drew an analogy, indicating that Adventism “must avoid” this pitfall. And Roberts concluded by expressing appreciation of Dean Paulien’s “appeal for love, compassion, and understanding.” Those words not only aptly applied to Paulien’s comments throughout the day, but also to Pastor Roberts’s role in orchestrating the day-long discussion.

In his morning sermon, “When the Church Differs,” Roberts explored the early church’s Jerusalem council on gentile converts (Acts 15). Roberts was clear about the Jerusalem decision and its application: the early church decided on “a new direction,” and this “enlightened approach” of old provides courage and humility as we face a defining moment in our own history.

A primary point in Roberts’ sermon was the use of “stories.” Peter told stories at the Jerusalem council about the Holy Spirit blessing gentile believers. Paul told similar stories. The Adventist church’s study commissions on ordination heard powerful stories of women in ministry, to which one opposing commissioner retorted: “They are just trying to play on our heartstrings.” And Pastor Roberts, in kindness and insightful humility, told the congregation something to the effect that he himself might be guilty of using stories in this manner. Such self-disclosure and nuance surely enhanced this mature discussion of the crucial matters confronting our denomination in crisis.

Pastor Gilda Roddy, pastoral care, LLUC, who earlier was in the music field, chaired the panel discussion, and at one point cited her hearing the “Spirit’s voice” calling “‘You ought to be a preacher.’” This led to discussion of how to determine whether God is at work in the church, and the common answer was: Does the act build up the church, and bring it together? Dean Paulien added: Today “we need pastoral leadership at the top level of the church.”

Paulien could have been more direct in naming GC President Ted Wilson as the architect of this historic unsettling centralization of authority.  Paulien raised the question of whether Adventism is forming a new papacy. He says this language “overstates the case.” It’s an “administrative committee that chooses all committees…with plenty of safeguards.” Paulien could have put the 32-30 vote (with two abstentions) of the GC Officers/Division Presidents that put the present document onto the 300+ member GC Executive Committee into context: a year ago a less drastic 14-page document only got on the agenda because of arm-twisting by Wilson for a re-vote after he’d lost on an earlier round.

Why did Dean Paulien, and the LLUC pastoral staff at large, err on the side of kindness over candor? Perhaps it was out of consideration of the person Ted Wilson. More likely, I’d say, it was out of respect for the office of the GC presidency—to not further inflame an already red-hot issue. If Dean Paulien had rather favored candor over kindness, he could have easily put the current crisis into its immediate context: President Wilson’s decision at San Antonio to favor his headship theology over doing the biblical thing—the “Pauline” thing—and leading the San Antonio Session delegates in finding our unity in Christ. No less than 150 times Paul speaks of finding spiritual unity “in Christ,” explicitly not in uniformity of practice. Given the prestige of the GC presidency, and given that the majority of GC Session delegates come from cultures that respect authority figures even more than do many northern cultures, the denomination could have averted the current crisis. Because 94% of the world church is now found in regions largely south of the equator, it’s time to elect a more regionally representative GC president—one who hopefully will see northern regions of the denomination as a field where certain cultural concessions must be made for the sake of mission. Likely our beloved church will muddle through the current Wilson-inflected crisis, and a more enlightened southern leader will emerge in 2020. And with a mandate from St. Paul, such a new GC President can lead us to find our oneness in Christ, in acceptance and celebration of the church in its various cultural manifestations. 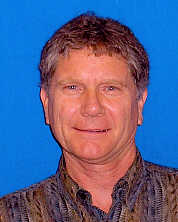 Dr. Jim Walters teaches in the Loma Linda University School of Religion, and is one of the founders of Adventist Today.

News Briefs for October 12, 2018 The Trial of Pastor Hernandez: part 8