I write in English, because you are familiar with it.  You do not know my language, but that is not necessary; I know yours.

Your planet has over 6000 languages.  I suppose you have the tower of Babel to thank, in part.

Do you not think it possible, if not probable, that intelligent life exists somewhere in the universe other than on your sphere?

Regardless, that does not imply that your SETI (Search for ExtraTerrestrial Intelligence) project is necessarily destined for success.  Distances in space are long; time is short.

If you can imagine Adam and Eve, in their original state, you’ll be close.  For your people, in the beginning, and my people were similar.  We were both created in the image of the Maker.  Each of us possesses a God-shaped vacuum that something or someone will fill, if not God.

The difference is that your race has diminished in size, vitality and longevity as a result of alienation, particularly after your Great Deluge.  Mine has not.

It may interest you to know that we had something akin to Eden.  We also were tested, but did not succumb.  As a consequence, we are immortal and the Evil One and his cadre are not permitted here anymore.

We are also witness to events in the universe in a way that you are not.  Our representative was there when God and Satan debated Job and we watched with keen interest to see how he would react to personal misfortune and calamity.  He may have been a figurative pawn in the chess game between the two, but he vindicated God, who won that round.

We were happy to see that a few of your people (Enoch, Elijah; is the fact their names begin with ‘E,’ as in ‘everlasting’ and ‘eternal,’ coincidence?) were chosen by God to be with Him without traversing death.

And then there have been a few who have died but been translated.  Moses you know about.  There have been others, such as those who left your planet at the time of the Resurrection, but they remain nameless for now.

Speaking of death, it is something we have difficulty comprehending.  Nothing where I live dies.  No one—not beings, nor animals, or plants—experiences, or has experienced, the cycle we observe on your planet.  We also have no disease, no accidents, no crime.  No sadness or loss.  No evil or sin.

With avidity we watched the miracle of the incarnation of Christ, his brief life and ministry, and undeserved death at the hands of your people.  And it gave us pause to contemplate that, had we not passed the initial test, He might have sacrificed Himself for us, too.

We shuddered at the realization that His success on your planet was not a given.  If He failed any of many trials, Satan would triumph and the Godhead would no longer be the Trinity.

Your history, so long to you—made longer by calamity, disaster, strife, wars, disease, many dying before their time—is but a blink in the eye of eternity.  Time, as you understand it, has no meaning for us.

We are astonished at your egocentricity and preoccupation with matters of presumed importance:  money, the pursuit of success and happiness, creature comforts, instant gratification.  In the large scheme of things, these matter not at all.

What does matter may surprise some of you.

A gentle word, a kind act, generosity toward the ill, the poor, the less fortunate.  These outweigh great achievement in athletics, academics or business.  The widow’s mites of which Jesus spoke are worth more than the billions some of you amass, often to the detriment of others.

You can carry nothing on to the next life but the character formed in this one.  Your Egyptian pharaohs proved you can’t take it with you.

The values of so many of you are warped and don’t conform to reality.  Your reality is limited.  You live in a three dimensional world (although one of you to whom unusual insight was granted posited time as a fourth dimension), whereas, I can tell you, without revealing more than you should know or can understand, other dimensions do exist.

Some of your scientists have posited that the fastest speed achievable is the speed of light.  Were that the case, space travel would be highly limited, particularly for denizens of your planet, whose lifespan is finite.

Speaking of the finite, and its opposite, the infinite, have you considered why the configuration of the infinitesimal (the atom, with its nucleus and circulating electrons) so closely resembles that of the infinite (the universe, with heavenly bodies rotating about a sun/star in elliptical orbit)?

God is one of order as well as of love and mercy.  And power.  Even though our understanding is greater than yours, we also cannot comprehend how He created ex nihilo, something out of nothing.  Nor do we understand His eternal existence, ubiquity and ability to read thoughts and see the future.

We are perplexed by your many religions, great and not so.  And how much mischief has been perpetrated in the name of religion throughout your centuries of history.  Someday this will all cease, but before there is peace there will be turmoil.

We do not have 24-hour days, 30-day months, and 365-day years as you do, for our celestial bodies have different times of spin and orbit, and our timekeeping differs accordingly.

Because of events in the universe, both those described in your guidebook, the Bible, and elsewhere, we more fully understand the Almighty, and we worship out of gratitude, not fear.  We are indeed fortunate that He personifies love.  Did He not, you would have no hope.

Although, for us, time is an abstract concept, for you it is pressing.  It will not be long before the 2nd Advent unfolds.  While only the Father knows the precise time of that momentous event, it draws closer with the passing of each Earth day.  I trust you will be ready.

I look forward to meeting you someday.

Know that, in the vast universe, you are not alone.

Your friend, an Extraterrestrial 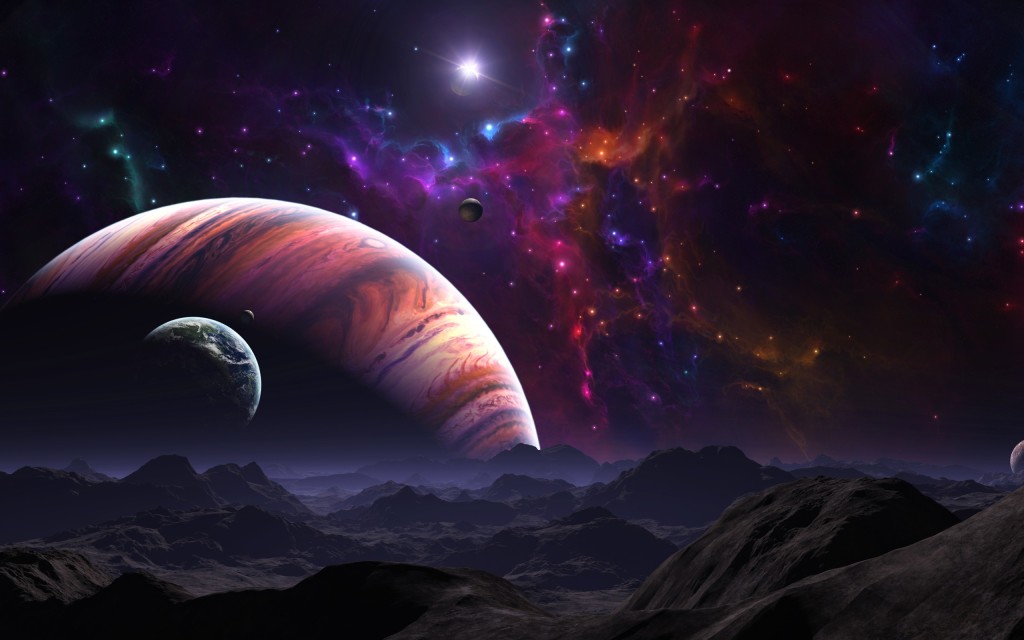