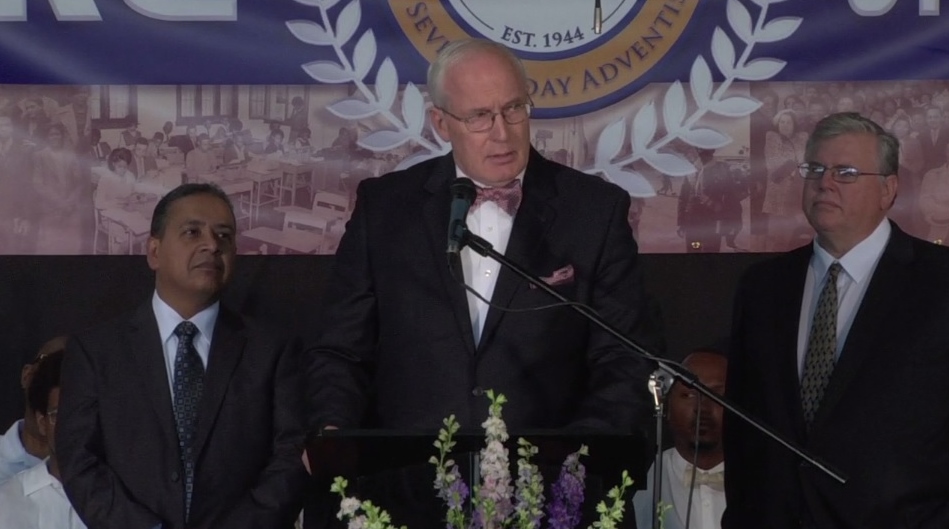 AT News Team, June 22, 2015:   Don Livesay, president of the Lake Union Conference (LUC), apologized for the Seventh-day Adventist Church’s racial failures in a speech given at the Lake Region Conference camp meeting on June 20. At the end of the confession, Lake Region Conference president Clifford Jones accepted the apology and called for Adventists to “aggressively and vigorously and intentionally” work together to “to eliminate this scourge of racism that is so prevalent and pervasive in our land, yea even in our church.” 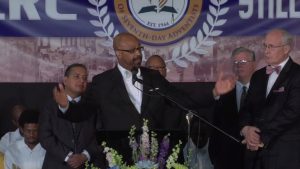 Livesay’s apology, which was given in the context of a celebration of the Lake Region Conference’s 70 years of service, spoke to historical and present factors in the Adventist Church and in the broader U.S. society. He explained that in addition to effectiveness in ministry, a major factor leading to the formation of Regional conferences was racial injustice in the Church. “A simple, honest look at the segregated Church of the past—the segregated General Conference cafeteria; the Negro Department of the General Conference that was first directed by white men; the segregated hospitals that led to the death of Lucy Byard; the dismissive attitudes and actions. These and more issues were also major contributors to the establishment of Regional work,” he said.

Livesay continued, “Some might attempt to excuse the behavior of the Church through those years because of the culture of society of that specific time. One could say that the white church, the white members, the white leadership, merely reflected what was going on around us. But God has not called His church to reflect the evil of the world. God has called the church to reflect His character, to treat each other in love, with the Golden Rule, in respectful ways, and to honor each other as all of God’s children.”

The official apology included a number of general and specific elements. “We apologize with sorrow for the failures of the Church in regard to race, for individuals disrespected, for lack of time taken to understand, for the mistreated, for the leadership marginalized, and for students of our college who were only able to sit with black students in the cafeteria, for Lucy Byard, and for the slowness, reluctance, and the stubbornness to do the right thing. We are sorry that we as a Church did not rise above the sins of society that day, and we are sorry for the lack of progress our church has made in the last 70 years.”

The complete apology and response can be seen in a video posted by the Lake Union Conference. Currently, the video can only be viewed on the LUC’s Vimeo page (click here). 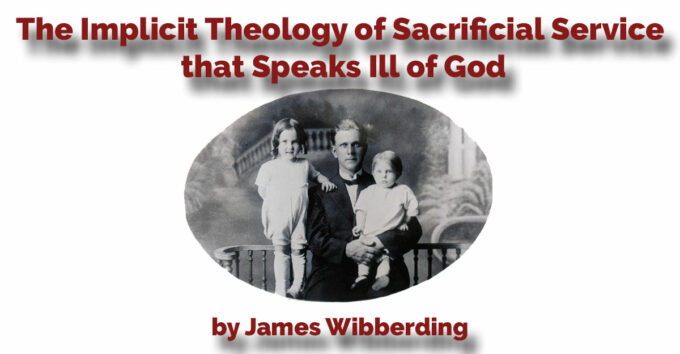 The Implicit Theology of Sacrificial Service 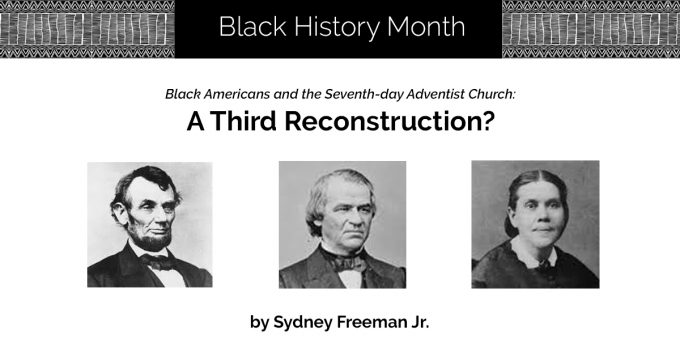