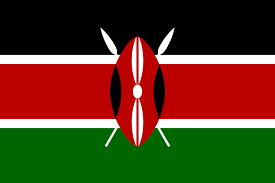 By Tysan, September 1, 2017:       The Supreme Court of Kenya has nullified the re-election of President Uhuru Kenyatta. It found that the Independent Boundaries and Election Commission (IBEC) carried out an election marred by illegalities and ordered that another vote be taken in 60 days.

Adventist Today watched opposition candidate Raila Odinga speak after the historic Supreme Court decision. It is a landmark ruling that gives Odinga yet another chance to become president of Kenya. It is the first time in the history of Kenya that a presidential election was overturned in response to a petition regarding voting fraud, and among few such cases anywhere in the world.

Kenyans will now go back to the ballot in 60 days to elect a president. The decision will most likely be between the same two main candidates: President Uhuru Kenyatta seeking another term and Raila Odinga who has run for president several times.

Odinga filed a similar case when he lost the last election in 2013, but the case was thrown out on technicalities and the court confirmed Kenyatta’s election. In today’s decision, which had the seven judges digest some 70,000 pages of evidence, the court announced that it will release the explanation later but it nullifies the result of the vote. It is clear that IBEC did not conduct the August 8 polling in the best way, both legally and in principal.

A Christian pastor outside the court told Adventist Today “we were praying for Chief Justice [David] Maraga, and we trust him that he was going to deliver a right judgment.” Maraga is an active member of the Seventh-day Adventist Church who delayed the opening session of the Supreme Court on the petition last Saturday until the after the Sabbath.

Adventist Today sent a reporter to Kenya to cover this major story, and there is more detail to report that will be published next week. This kind of international reporting of stories that other Adventist news media simply ignore requires the support of our readers. You can suggest other stories we should cover by Email to atoday@atoday.org and you can become a supporting member of the Adventist Today Foundation or renew your membership here.