Judged, Rejected, and Feeling It 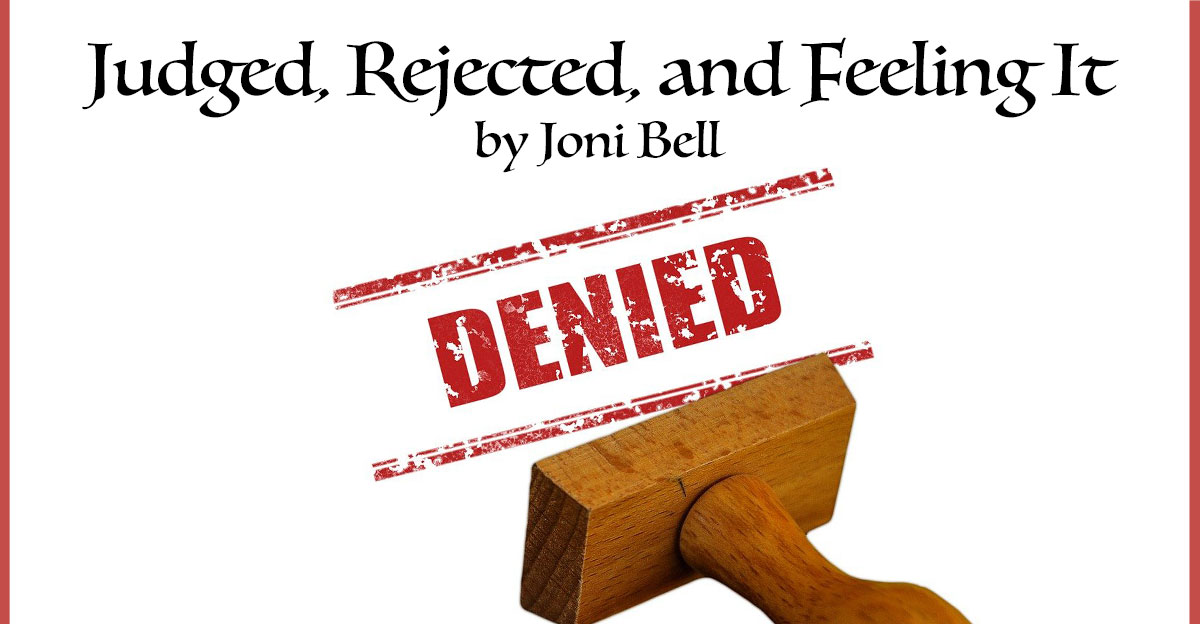 I’ve always felt accepted, loved and valued in my religious community. My dad was a much-loved pastor all his life and my husband a respected leader in our denomination, and I know I rode on their coattails for much of my early life.

I came into my own in my late 20s, and started to contribute to my church in a variety of ways independent from those two beloved men. I enjoyed leading out in small groups, music, children’s programs, and was a head elder in one of our large university churches. Like I said, I always felt appreciated and respected. Because I am a white, middle-class woman the prejudices of others never really impacted me in the wider world either. My life journey helped me sidestep the discrimination common to my gender. I’ve lived a privileged life. I do know this.

Perhaps that is why I needed a wake-up call, especially during these Black Lives Matter, LGBTQ+, and politically diverse times.

It all started with an invitation to my husband to preach at a particular church in our state. We were looking forward to this engagement. I would accompany him, as I always do. He had been thinking about a sermon topic and I was eager to hear how God was impressing him.

I was stunned a few weeks later, when he told me of an email he had received rescinding the invitation to speak.

We immediately knew the reason why, even though the carefully worded email did not reveal their reservations about us. My husband had started a podcast to explore a variety of theological and social issues relating to our spirituality. Having spent years at an Adventist university, we knew the questions and doubts of young people, and felt there needed to be a forum where it was safe to explore questions we knew were keeping so many from fully committing themselves to our faith community.

A podcast questioning a theological position held by the most ardently conservative in our faith had aired days before the email withdrawing my husband’s invitations to speak. It was pretty clear to me that we were seen as a threat, dangerous, or risky.

For the first time in my life I felt discrimination from my fellow believers. Brothers and sisters in Christ had acted to exclude us. An action based on judgment with no conversation. I was not “one of them.” I was the “other.” Someone to be kept at arms’ length, watched carefully and certainly not to be trusted. Gather the children and walk away.

This was a new feeling, a new reality. Anyone having questions was apparently not to be tolerated. Opinions different than theirs were not allowed. We were dangerous.

I spent some time working through my emotions. A wealth of research shows that discrimination exacerbates stress. It’s true! I had trouble sleeping. My concentration was poor and I had an upset stomach.

After a while I was able to find peace in the reality that these people really didn’t know us, and there were many friends and fellow believers who did love and appreciate us. I would spend my time and energy where I was valued and welcomed.

My story is so insignificant—and I do want to emphasize the word insignificant—as compared to the experience of so many other groups that face discrimination. People of color or diverse ethnicity, the elderly, those experiencing gender bias, individuals in sexual minority groups—I could go on and on. If they aren’t like me I’ll just shun them and hopefully they will go away. I really don’t want to know more about them or their experience. It could taint me or my children. Let’s just gather together behind the walls of the church, get in lockstep, and eventually they will leave.

And the sad fact is that they do.

Jesus loved the disenfranchised: women, the oppressed, racially separated, the unclean and the poor. At a time when segregation of genders was the norm, Jesus treated women with the same respect he treated men. He didn’t hesitate to heal the Roman centurion’s servant. When asked who his neighbor was, Jesus stunned the crowd by telling them a parable with a Samaritan as the hero. Jesus’ approach to the leper and the woman who had been bleeding for 12 years, both unclean, untouchable and outcasts in their society, was extraordinary. No doubt the disciples gasped and stepped back a few paces. Jesus’ entire ministry was about bringing those who had been estranged near and destroying the walls of hostility.

I am able to conceal my true feelings and be assimilated into a group that would otherwise reject me. Yes, it is disingenuous, uncomfortable and ultimately damaging to my sense of self. However, it does get me in the door. Maybe they will get to know me and . . .

But what do you do when there is no way to conceal your true identity? Gender, race, age, sexual identity, disability, etc.—I can’t imagine the pain of rejection for something you have no ability to change. And somehow the hurt is even more intense when it comes from a fellow believer.

For many years, I worked as a psychiatric nurse. One of the first things I would tell a patient is “you are safe here.” I would then go on to tell them they could share their journey with me. I would hold their stories in confidence. There would be no judgment or blame. I would simply listen. Many times I have wept with a patient as they described a life of abuse and rejection. Shouldn’t we, as a church, offer that “safe place” as well?

In I Corinthians 13 Paul summarizes his message like this: “And now these three remain, faith, hope and love. But the greatest of these is love.” What? Your faith, your Christian beliefs don’t trump love? The greatest commandment given is to love one another. Does that mean love those you don’t like, don’t agree with, those living in a way you don’t understand or approve? And what does love mean, anyway? Can’t I just “love” them from afar without actually associating with them?

Jesus never chose to spend much time with the self-righteous. He was here to connect the disenfranchised to God. Shouldn’t that be our mission as well? How do we help the disenfranchised connect with God? Jesus did not ignore the unclean and unwanted. He offered himself to them and invited them to become part of his family.

As a congregation we must be open to all persons seeking to know Jesus Christ as Savior and Lord. That means we must embrace, i.e.: hold, hug, include, involve, clasp, the disenfranchised. Like Jesus.

Joni Bell is a contented wife and homemaker with a dodgy past as a psychiatric nurse.  She divides her time between Maine and Tennessee.