Is This When Jesus Will Come Back? 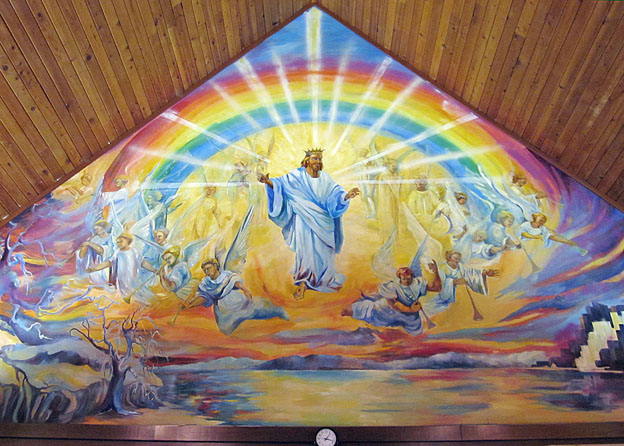 by Stephen Foster, April 1, 2016:    Here’s what I think: you literally need to have your head examined if you don’t think that the affairs of humanity are literally spinning out of the control of humans; or if you don’t believe that mankind is ready and, either wittingly or in some cases unwittingly, willing and capable of destroying human life altogether.

Once you have soured on Adventism, or if for whatever reason you are convinced that Adventism has soured on you, it is then understandable that you would reject some, if not all, of Adventism’s assumptions and conclusions about the past, present, and future. I get that.

But at the very least it would seem that everyone has to admit that it appears we are living in perilous times. Or if that term—“perilous times”—dredges up unpleasant memories of scary fire and brimstone sermons—or “come to Jesus” appeals of your youth—then perhaps you can admit that, all over the world, we live in what appear to be dangerous times.

It also appears to me that, for whatever reason, those who seem temperamentally best suited to handle international threats to human civilization are among the least likely to be entrusted with any such responsibility by the American electorate. Judging by who they are who now have their fingers on nuclear buttons in places like Pyongyang and Islamabad; and judging by the lengths to which radical Islamic terrorists will go to kill anyone anywhere, at anytime; and judging by the instability and unrest even within relatively homogeneous cultures and societies all over the Middle East as well as over the entire African continent (to name just a few places); and given the technological capacities available to those (even in America) who are willing to carpet bomb certain places on this earth into oblivion, or at least back to the “Stone Age”; how can anyone with any awareness of any of this—much less all of this—think that things are likely to continue as they are indefinitely? or even likely to improve?

How can anyone who is aware of the existential threat posed by the prevalence/proliferation of antibiotic resistant “super bugs,” or anyone aware of the existence of biological and chemical weapons of mass destruction (not to mention those of the nuclear variety), believe that the “good guys” will somehow keep the “bad guys” from getting their hands on such things forever?

How can anyone who perhaps understandably believes that the United States is the last best hope for mankind, but who witnesses the social and racial disharmony, distrust, and unrest within the United States—that appears likely to be further exacerbated no matter who wins the presidency—think that “the last hope” is much more than a breeze-blown flickering candle?

So now—since I admitted to it in the opening paragraph—you know my preconceived bias. Without regard to prophecy per se, does anyone truly believe that mankind has a handle on “the situation”? and/or does anyone believe that there is no reason to think that the world is headed for something cataclysmic?

Then again, maybe it’s me and other “doomsayers” who need our heads examined.

All this said; let me offer a prediction as to when Jesus will come back. He will return when His return will be a relief to practically everyone.

Stephen Foster is a retired advertising executive and media consultant with AT&T, and a former business analyst with Dun & Bradstreet. He is currently a freelance journalist, blogger, and on-air news pundit. He has written extensively on public affairs and religious liberty issues; including as a columnist with Atoday.org, starting in 2010. He is a former lay member of the North American Division Executive Committee and has been a member of the Oakwood University board of trustees since 2011. He writes from Huntsville, AL. Stephen has been married for nearly 37 years and is the father of two adult daughters and the grandfather of the Magnificent Seven. He is an alumnus of Pine Forge Academy, Oakwood and Andrews Universities; and the eldest of three preacher’s kids.