There was an immigration problem back in Jesus’ day. It seems the culture then was steeped in nationalism and racism.

Especially hated in Israel were the “Muslims” of their day: the Samaritans. While sharing the same roots in Father Abraham, the Jews viewed the Samaritans as a perverse religion with an alien culture and questionable loyalty to Israel. We see how despised this minority were in Luke chapter 9 when James and John ask Jesus if He’d like them to pray for fire to reign down on a Samaritan village—over a doctrinal dispute!

God’s command in Leviticus 19:34 was totally ignored: “The foreigner residing among you must be treated as your native-born. Love them as yourself, for you were foreigners in Egypt.”

Jesus addressed this national racism straight on in Luke 10:25–37. A lawyer asked “Who is my neighbor?” and the answer is the story we know as the Good Samaritan.

A few years ago I illustrated that story for a Bible Study Guide series for Juniors. With the subject of immigration and race on many minds, I thought it might be worth pondering again what Jesus had to say.

Here’s some narration on the importance of this story from the timeless classic The Desire of Ages:

“In the story of the good Samaritan, Christ illustrates the nature of true religion. He shows that it consists not in systems, creeds, or rites, but in the performance of loving deeds, in bringing the greatest good to others… The lesson is no less needed in the world today than when it fell from the lips of Jesus. Selfishness and cold formality have well-nigh extinguished the fire of love, and dispelled the graces that should make fragrant the character. Many who profess His name have lost sight of the fact that Christians are to represent Christ. Unless there is practical self-sacrifice for the good of others, in the family circle, in the neighborhood, in the church, and wherever we may be, then whatever our profession, we are not Christians.” p.504 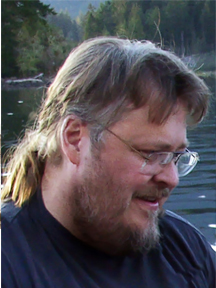 Lars Justinen is an artist specializing in Christian themes. He studied at Walla Walla University, later working as an in-house illustrator for Pacific Press, as well as a freelance book and magazine illustrator. In 1991 he and his wife, Kim, also an artist, started Justinen Creative Group, expanding into digital media which took them into the world of creative direction and writing; and GoodSalt.com the world’s largest online stock licensing site for Christian and religious art. The Justinens have two children, Hannah and Stephen.

Rival Presidents Installed in Nairobi, Kenya Getting Up a Creed, part 1