Is the Sabbath a Test?

With over 40 years in either teaching or pastoral ministry I’ve thought about and taught about the Sabbath—a lot.

I’ve sometimes wondered, though, if I’ve been getting it all wrong. What if we have completely misunderstood the significance of the Sabbath’s being a part of God’s law? What if the Sabbath is not a test? But if it isn’t, why is it a part of the law?

Some of the questions are my own; some have come from enquiring students and parishioners.

How do you grade the Sabbath test?

Let’s suppose it is, as many Adventists say, a test. Regardless of what it is a test of, I wouldn’t know how to grade that test fairly for all students.

For example, how would I grade Sabbath-keeping for those living in the northern and southern temperate zones that have, during winter months, a struggle to get Sabbath accommodations on Friday when sundown climbs up into the workday hours, as compared to grading the Sabbath test for those living near the equator where sundown is consistently about 6 p.m. regardless of the time of year? Because of geography a Sabbath keeper near the Arctic Circle might have to choose, on a seasonal basis, between work to provide for their family or keeping the Sabbath. The Sabbath keepers on the equator don’t face that issue.

Or even harder: how do I grade the Sabbath test for those who live above the Arctic Circle? When does Sabbath start and stop when the sun doesn’t set for six months of the year? Over my six-plus decades of my life I’ve heard various theories. Some have arbitrarily chosen to observe Sabbath based on the sundown time at the General Conference office, others at 6 p.m., while others start observance at the lowest point of the dip of the sun.

But what if they guessed wrong?

And then there is the international dateline problem. How would you give a pass/fail grade on keeping the right day when the international dateline changes for political and commercial reasons? Locales—mostly islands in that part of the world—east and west of each other, or in some cases even north and south of each other, recognize days of the week in a way that seems non-linear to us used to our land-based time zones.

There are, in fact, points in this area less than 50 kilometers apart where people are worshiping on either Sunday or Saturday on the exact same day. Adventists in Wallis & Futuna, Western Samoa, the Phoenix and Line Islands of Kiribati, and the King of Tonga in the central South Pacific worship on Sunday and not on Saturday, because they feel that they have deduced the correct seventh day regardless of where the international dateline actually exists.

And this doesn’t even take into account all the questions of what is legitimate “ox in the ditch” work during the Sabbath hours!

I’m keeping an open mind, but if a national Sunday law does occur, I’m planning on moving to one of these locales to avoid persecution.

But again, grading that test is way too complicated for me.

So I’m willing to set aside the idea that correct Sabbath observance is a test. But again I ask: if the Sabbath isn’t a test, why is it part of the law? Isn’t the point of being a part of the law—any law—to make sure you get it right, and if you’re wrong you fail?

When I get stuck on such theological matters, I refer back to a set of foundational questions: Why did Jesus come to earth? And why did God give us the Bible? (Both Jesus and the Bible are the Word of God, so the answer should be the same.) Did Jesus come to this earth to change God’s mind about us, or to change our minds about God? Did God give us the Bible so we would know how to live so that God would change his mind about us, or so that we would understand him better and change our minds about him?

How we answer these questions is critical to how we interpret all of Scripture, not just the Sabbath.

If the purpose is to change God’s mind about us, then the Sabbath is a test. We had better pass it, or God won’t count us worthy to be saved. Some even suggest that we receive the mark of the beast for getting it wrong.

On the other hand, if God never changes his mind about us—if God has always loved us and always will—then that changes everything. If the purpose of the Sabbath is to get us to change our minds about God, then, instead of a test, the Sabbath is an amazing gift.

My wife and I have only had the opportunity to take a couple of cruises in our lives. Absolutely loved every second of them.

In both cases, on the last full day of the cruise we passengers were given the opportunity to submit the name of one cruise ship staff member as our favorite. The prize for the staff member with the most votes was a day off.

I was surprised at the answer. It simply meant they got a day off. They had no days off, otherwise. They signed up for a two-month contract, or a six-month contract, some for longer, and they worked 24/7 for that whole tour, 8 to 20 hours a day. Each cruise provided an opportunity for just one of about a thousand staff members to get one day off, the only day off they might get for their whole contract.

Now imagine if a cruise ship captain came along and said, “I’m going to make it a law: everybody gets one day off per tour. Officers, maintenance crew, dining room staff, cabin stewards, janitors, scullery maid—everybody gets one day off! Even those who never have any contact with cruise guests, and have no way of winning a day off—you get a day off, too!” Can you imagine how cruise staff might feel toward this captain? Best captain ever!

A law like that isn’t given to see who is faithful to the captain, or who performs the best for the guests. No, that law is given because the captain is awesome! Nobody complains about that law. They’d love the law, and they love the lawgiver. Word would get out: everybody would want to work on that cruise ship. What a great captain! On his ship, you get a day off!

Now take the children of Israel at Mount Sinai. Just moments before this, they had been slaves. That wasn’t a two-month tour, or a six-month tour, but a life sentence. 24/7, no days off.

And then they meet Yahweh, and he gives them his laws. Almost all of them are fairly typical for moral laws, nothing surprising: respect and worship this God; don’t worship any other gods out there; don’t kill, cheat, lie, steal—good laws for keeping the peace and order, but nothing out of the ordinary.

Except for one. The fourth one. They’ve been working 24/7 forever, but no more. But with law number four, everything just changed.

This God gave them a law unlike anything they had ever seen before. This God proclaimed, “Under my rule, you get a day off—not one day per two-month contract, or per six-month contract. You get one day off every week. Every single week.

And not just the leaders or just the men or just family members, but even slaves, male slaves and female slaves. Everybody gets a day off, every week. Even the livestock get a day off! It’s not optional.

That’s why the Sabbath is in the law of this God. And guess what? That law is not given to see who is faithful to this God. No, that law is given because this God is awesome!

Can you imagine how these former slaves felt about this God, compared to all the gods they had already experienced in Egypt? Best God ever! No god had ever taken such good care of them. This God delighted in his people like no other god. No wonder we read all through the Old Testament about how they delighted in God’s law. No wonder Psalm 119:14 declares, I have rejoiced in your laws as much as in riches.

They got a day off every week. That was better than riches. Best God ever!

Got it all wrong

God gave us his law so that we would change our minds about him. And God put the Sabbath in his law because he is so crazy about his kids, and because he doesn’t ever want to see any of them ever again have to work 24/7 without getting a break. He wants his kids to have an abundant life, to enjoy the cruise, to experience his joy to the fullest.

This law is more about the lawgiver than it is about me. I want to serve that God. Everybody gets a day off, every week—it’s the law. And we say, best God ever! 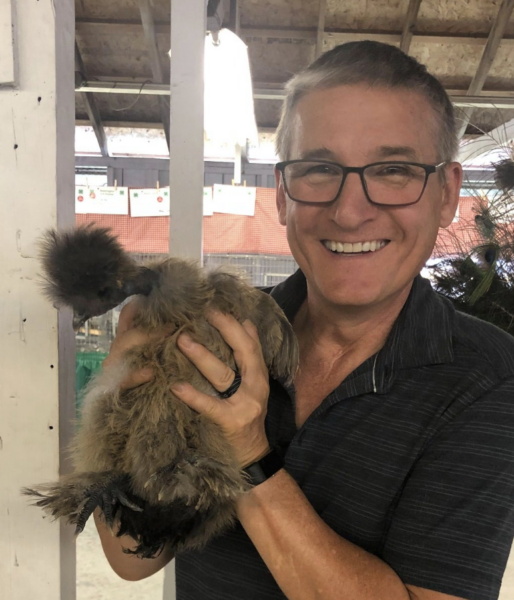 Ron Hessel is a pastor working for Summit Northwest Ministries in the Upper Columbia Conference.

To join this conversation about the Sabbath, click/tap here.

The Doctor Will See You Now: Anthem Blue Cross, Adventist Health Finally Reach Contract Agreement How Will You Celebrate?