Her son was in jail, she said. She was my grad student who came to talk with me after a class discussing Fetal Alcohol Syndrome. He was the son she and her husband had adopted not knowing that he had been exposed to alcohol by his birth mother during his gestation. He was then in his late teens and had been in jail multiple times for various infractions. She said he always felt bad because he saw it made her feel bad, but he didn’t understand that what he had done was wrong or that he shouldn’t have done it and his behavior continued. His story illustrates the sadly pervasive and long-lasting effects of alcohol during pregnancy.

With the increase in alcohol consumption among Adventists, it seems appropriate to remind ourselves of one of the outcomes illustrated by my student’s experience.

Most of us have heard that if a woman drinks too much alcohol during her pregnancy, her baby can have very serious effects. The most easily recognized result of the mother’s drinking during pregnancy and the most severe outcome is called Fetal Alcohol Syndrome (FAS). FAS includes abnormal facial features, growth retardation both before and after birth, and problems of the central nervous system as well as other abnormalities. However, we may not be as aware that even a small amount of alcohol during pregnancy can cause effects that at first may not be so obvious.

An umbrella term, Fetal Alcohol Spectrum Disorders (FASD), covers the range of effects that might be experienced in an infant whose mother drinks alcohol during pregnancy. FASD includes the full clinical manifestation of FAS, as well as alcohol-related neurodevelopmental disorder (ARND) and alcohol-related birth defects (ARBD) such as abnormalities with heart, kidneys, bones, vision and hearing. Even though no physical deformities are apparent, central nervous symptoms can be just as severe as in FAS including behavioral and cognitive problems. The consequences of FASD are permanent and they affect all aspects of the life of the individual and the lives of his/her families. (1,2,3) FASD is the only known cause of mental illness that is entirely preventable.

FASD is not insignificant. It is estimated that at least 40,000 babies are born in the U.S. each year with some degree of alcohol-related damage. (4) There are laws establishing the age at which young people are allowed to drink alcohol, but these babies have their first drink before they are even born!

The cost of caring for children with FAS alone is estimated at $6 billion each year, and the lifetime cost for one individual with FAS is estimated to be at least $2 million. (5) But the cost is not just in dollars and cents. It is in lives, individuals and families, terribly and irrevocably disrupted. It was recently estimated that as many as 9.85% of children in the U.S. are affected by FASD. (6) That is nearly 10% of children in the U.S. “It is more prevalent than Down syndrome and equally or more common than autism, though both get substantially more public attention.” (7) It is the leading known cause of mental retardation in the U.S. and it is 100% preventable. (8)

Interestingly, the outcomes associated with drinking alcohol in pregnancy have been known for a long, long time. The book of Judges in the Bible recounts the story of Samson’s mother being told by the angel that she would become pregnant. The angel then said, “Beware that you do not drink any wine or strong drink.” It is notable that this advice was given before she was pregnant. (9)

In the first half of the 1700’s Britain enacted laws to help aristocratic farmers find new markets for their grain. Restrictions on distilling alcohol were lifted and gin became cheap and plentiful. The result was what is known as the “gin epidemic.” Vivid descriptions of that time period exist, with illustrations showing little children falling off balconies or down stairs, neglected by their drunken parents. An increase in death rates, particularly among children less than five years of age was documented, even though epidemic disease was relatively low. The increase in mortality was attributed to the enormous use of spirituous liquors. (10,11) As quoted by Warner and Rosett, in 1726 the College of Physicians petitioned the British House of Parliament to control the distilling trade, stating, “Parental drinking is a cause of weak, feeble, and distempered children.” (12)

As time went on, more and more spoke out against consuming alcohol during pregnancy. In 1833, John Eberle published his Treatise on the Disease and Physical Education of Children. In it he said, “The majority of children born of decidedly intemperate mothers are weak and sickly and but few of them arrive at the age of adolescence. It is the far better policy to abstain wholly from spirituous liquors.” (13) Many other publications could be quoted indicating an understanding at that time of the dangers associated with alcohol consumption during pregnancy.

It might surprise us then that after years of accumulating evidence a book published here in the U.S. in 1942, Alcohol Explored, stated, “The belief that intoxication at the time of procreation might cause damage to the child . . . may be dismissed. (14) The idea that alcohol could harm the fetus was considered superstitious and moralistic. But perhaps even more surprising is a statement in the 3rd edition of a major medical textbook published in 1965: “We know that alcohol crosses the placenta, but it doesn’t harm the fetus.” (15) The textbook is now in its 13th edition, but that statement has been removed.

Those attitudes began to change with the report of a Yukon Indian infant born with what appeared to be alcohol withdrawal. He had alcohol on his breath and tremor in his hands and feet, in addition to other withdrawal characteristics. In 1973, Dr David Smith,

a perceptive physician at the University of Washington, reported that babies born to alcoholic mothers had frequent and similar malformations and that as they grew, they often were mentally retarded. He was the first to call this Fetal Alcohol Syndrome (FAS). (16) A previously neglected study from France reported children with features similar to those described so carefully by Dr Smith. (17)

Since that time more and more cases have appeared in the literature, and research has brought greater understanding. It is now known that the physical characteristics seen in full blown FAS are just the tip of an iceberg. The characteristic facial features of FAS may diminish as the child grows; however, cognitive deficits and behavioral difficulties often become more apparent in school-aged children and continue into adolescence and adulthood.

Children within the category of FASD, even though they do not have the physical features of a child with FAS, are at increased risk due to brain damage both in physical structures and chemical functions. They are at risk for behavioral issues and cognitive deficits. They may have speech delays and difficulty following directions and finishing tasks, poor coordination and clumsiness, attention and memory challenges and hyperactivity. They often have poor communication and social skills and issues with their behavior such as being aggressive and interrupting others or misreading cues in social interactions. Such behaviors often lead to difficulties in school and in getting along with others. As the adopted son of my student, they are at greater risk of delinquent behavior and of not finishing school. They are at greater risk for psychiatric problems, alcohol and drug use and criminal behavior. Their poor reasoning and judgment may lead to inability to hold jobs and live independently. (19, 20) Further, although there is no cure for FASDs, an early diagnosis and referral to an appropriate source of care and support can lessen the associated risks and help families cope with circumstances that sometimes seem overwhelming. (21,22)

Recent studies found that 10.2% of pregnant women reported consuming alcohol in the past 30 days and 3.1% reported binge drinking during the prior 30 days. Further, approximately half of all pregnancies are unplanned so a woman may not know she is pregnant and continue to drink, thus exposing her unborn child to the effects of alcohol. (23)

Hundreds of articles documenting these outcomes are in the scientific literature, as well as many others in the popular press. Books detail the challenges of children with FASD. One, in particular, The Broken Cord, tells a sad, compelling story that was made into a movie of the same name. (24) The March of Dimes, the American Pregnancy Organization, the American Academy of Pediatrics, and the Center for Disease Control and Prevention, as well as other organizations both national and international, all say there is no amount of alcohol that is safe at any time during pregnancy, nor is there any type of alcohol that is not harmful, including wines and beers. (25) Further, alcohol should not be consumed if a woman is trying to conceive because the adverse effects on the fetus can occur even before she knows she is pregnant. (26) I am reminded of the angel’s statement, “You shall conceive and bear a son, therefore beware and drink no wine or strong drink.” (emphasis supplied)

I have in my library a book written by Dr. Smith, Mothering Your Unborn Baby. In it he said, “When the mother takes an alcoholic drink, the unborn baby takes an alcoholic drink.” (27) Not long after Dr. Smith’s first reports on FAS, a professor of medicine at the University of Maryland published an article on Fetal Alcohol Syndrome in a nutrition journal. In it he said, “It should not be surprising to us today that drinking during pregnancy harms the unborn child.” He went to say the medical profession had ignored the warnings from history. After referring to the historical evidence we have briefly reviewed he quoted the verse from Judges, “Beware and drink no wine or strong drink.” “This,” he said, “is better advice than physicians have been giving.” (28)

We can be thankful for the better advice. Shouldn’t we be following it? 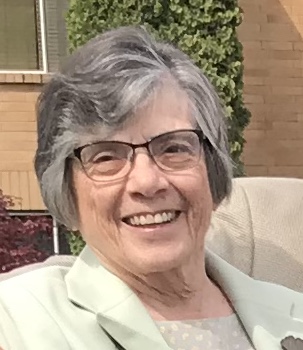 Patricia Johnston spent 25 years in the School of Public Health at LLU as professor and chair of nutrition, associate dean and dean. She chaired the First and Second International Congresses on Vegetarian Nutrition and served as senior editor for nutrition for Vibrant Life magazine. She and her husband live in College Place, WA. This article is based on one published in the Jan/Feb 1995 issue of Vibrant Life.