The meeting was held in a rented room in the Transfiguration Episcopal church in Silver Spring, because several local Adventist congregations, under pressure from denominational leaders, refused the group’s request for a meeting place. 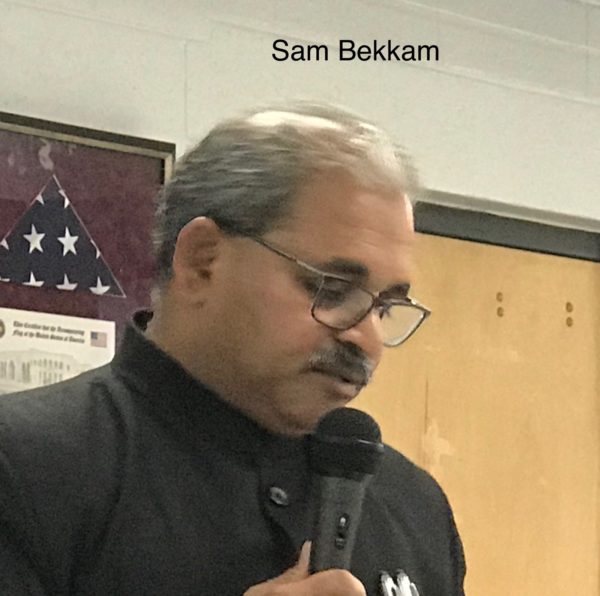 From the start, the tone of the meeting was one of concern and healing. The question presented by the first speaker, Sam Bekkam, was, “What is going on in India, and how can we help?” He referred to concerns known throughout the Indian Adventist community about corruption, nepotism, non-payment and harassment of workers, illegal real estate transactions, unaddressed allegations of adultery and attacks on women, lack of transparency, and refusal to follow policies. “To try to address these things is not an anti-church activity,” he said, but an attempt to help the church we love.

Lay member Pauline Kokila read a passage from an article on integrity in leadership by Beatrice S. Neall. One quote:

Financial faithfulness by individual church members everywhere must ever be matched to ethical uprightness by all those who receive, process, disburse, invest, and otherwise wisely and honestly exercise their divinely appointed stewardship with regard to those funds.

Mrs. Kokila finished with a sincere and warm prayer for Indian church leaders. 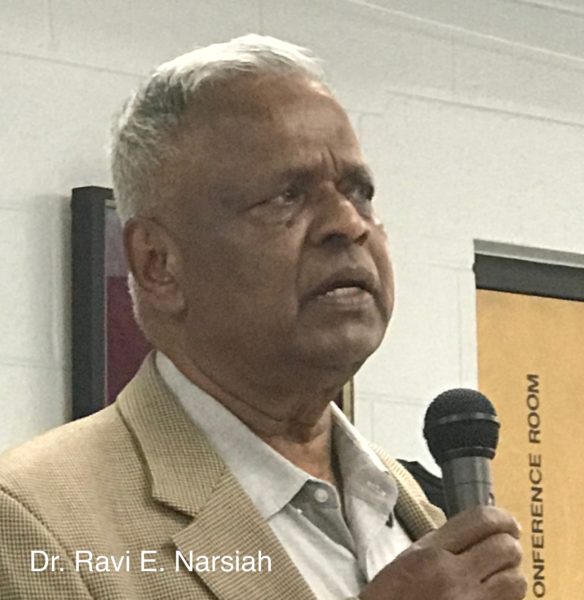 Two patriarchs of the DC-area Indian Adventist community, Dr. Ravi E. Narsiah and Dr. Subodh Pandit, lent their support to Mr. Bekkam’s expressed concerns. Dr. Narsiah said that if there is mismanagement, “it behooves us to look into it… If we are silent, we are complicit.”

Dr. Pandit also encouraged the group not to jump to conclusions. But neither should we settle for platitudes like “We must forgive in the spirit of Jesus, leave everything at the throne of grace, search hearts, fast and pray.” Those are good things, but “we need more than platitudes when there’s a disagreement.” He ended by mourning that there seems to be no “listening ear” on the part of church leaders to the widespread concern among Indian Adventists that there are integrity problems in the SUD church, so that questions are routinely met by denial instead of transparency.

Bobby Varghese, an active Adventist lay businessman and son of a pastor visiting from Bangalore, provided first-hand substantiation of one of the alleged problems: land acquisition in India is not infrequently carried out by illegal means. Land ownership in India is a complicated matter, he explained, and there is a significant amount of land that cannot be titled at all. Church leaders have often taken shortcuts and “purchased” this untitled land with the help of bribes and “black” money (cash under the table), with church buildings then built on property which is technically not theirs. Even if no one complains for many years, if taken to court such “owners” can be expelled. (This is one of the concerns in the Hope Center situation, about which Adventist Today has reported.

To the observation that church authorities excuse such activities by saying that “honest business practices are impossible in India—you have to bribe to spread the gospel,” Bobby was adamant. As Christians we easily can, and must, do business honestly in India, he insisted. In fact, should it be found that General Conference leaders know there is illegal activity done with money sent from the US, they could run afoul of laws such as the Corrupt Foreign Practices Act and its Indian equivalent.

He said that the missionaries left a legacy of legally-obtained and valuable property, and he is disappointed that some leaders are now trying to divest some of it to raise money. In previous administrations leaders would listen to lay people who had concerns about property development, but not now. He, too, bemoaned the inability to dialog with the current administration, who attack questioners rather than being transparent and receptive.

Two outsiders were invited to speak: Dr. Loren Seibold, Executive Editor of Adventist Today, and Rita Corbett, spokeswoman for the donors who built the now-beleaguered Hope Center project in the South Andhra Section.

Dr. Seibold didn’t address the allegations, but tried to explain how complaints are received by the church, and what to expect. Church entities, he said, are now so large and have so much to protect that they “rarely admit they’re wrong, and in fact, have a disturbing tendency to blame the messenger for calling attention to the problem.” But the church does respond to outside pressure, said Dr. Seibold; though it rarely apologizes, it slowly changes the way it does business. He warned that compiling rumors and accusations, as well as flooding leaders with letters or emails, doesn’t necessarily make for a strong case. Generally “more is less,” and he recommended that they focus on several specific concerns, presented to church leaders with strong, clear, documented evidence, with good writing and organization, and delivered by respected spokespersons. 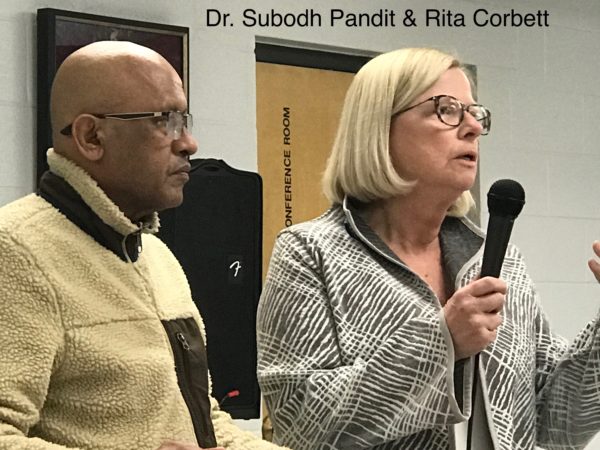 Mrs. Corbett provided an update on recent denominational responses to Hope Center problems. She recounted that recently the GC, GCAS (General Conference Auditing Service), SUD and SDACC (Canadian Union Conference) officers met with the sponsoring church without answering questions or sharing long-requested financial information. Donors were expected to excuse all that had occurred because “things are done differently in India.” “It is an absurd experience for donors who love, support, and sacrifice to help spread the gospel, to find themselves swatted away like mosquitos, blamed for criminal activity, and accused of ‘destroying the church’,” she said.

After the meeting, Dr. Pandit sent this summary:

The meeting was disciplined and orderly. The info provided was seen as credible. Some fundamental themes were quite clear in the room: (1) There was deep disappointment with the present loss of trust in the leadership. (2) There was also a great hope that somehow trust could be restored so that the numerous people across the world who really want to do something in India will find a credible avenue to channel their efforts, ideas and money, knowing that accountability is strongly and sturdily in place. The work in India is losing heavily because of this loss of trust. (3) The cries of the people in the SUD have reached undeniable and unbearable proportions. We will gain little if dialogue is summarily dismissed by leadership and membership, and the depth of the problem denied. We can empathize with the possible reasons for reduced conversation, but letting the status quo continue will be unhealthy.

The biggest concern, repeated by every speaker and many commenters, was a missional one: these allegations are well known, and as church leaders continue to balk at transparency and instead threaten questioners, giving by church members and foreigners to Indian mission work is declining and the work is suffering.

At the end, the group chose a small committee to study ways to prayerfully and helpfully bring these matters to the attention of church leaders.