“Independent Journalism in a Faith Community” by David Neff 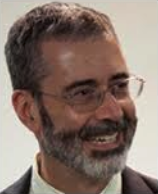 Neff was a member of the editorial staff of Christianity Today from 1985 to 2013 and was chief editor for more than a decade. He grew up in an Adventist family, graduated from La Sierra College and the seminary at Andrews University, and served as an Adventist minister until the early 1980s, when he became editor of a magazine for young adults at Inter-Varsity Christian Fellowship. Since that time he and his wife have been active members in the Episcopal Church.

The book, Independent Journalism in a Faith Community; and Other Essays, includes a chapter on “Evangelicals and Politics” that has become particularly relevant to recent events. It also includes an introduction by Monte Sahlin, the chief executive officer of Adventist Today and a college friend of Neff, and an afterword by Loren Seibold, executive editor of Adventist Today.

“Independent journalism calls a faith community to its real fundamentals, to its mission and purpose in Christ,” Neff believes. “It puts the practical issues of the moment into the larger context of God’s purpose for His people.” It becomes particularly important as denominational organizations become larger and more institutionalized, more tempted to pursue power and wealth in the larger world.

Available for $5 a copy in paperback and Kindle editions.

Published by Adventist Today through an arrangement with Amazon.com.

Australian Bushfire Updates – The Impact on Adventists Are Adventist Women the Madwoman in the Attic?