An email this month sent out by my local conference suggested the following heartwarming story to encourage church offerings. I thought I should share some of it with those of you from other conferences.

“We worship God with our resources because He is our sure Deliverer… . A missionary family in Madagascar has also experienced God’s miraculous protection. One early morning, the family of three, with a nine-month baby, together with some friends, started a 12-hour road trip. Heading West, the sun began to set in front of them. Conversations became sparse, and finally, the only noise was the snoring from the front passenger seat. The driver started feeling hungry and thirsty, but he was determined to reach the destination on time, and the only source of calories available on that road was a road-side tavern. He purchased a couple of beers and quickly quenched his thirst as he drove on. Sadly, because he was not a habitual drinker, he underestimated his susceptibility to the alcohol. For a few seconds, he blacked out. A branch violently hit the front windshield. The car was seriously damaged, but miraculously the occupants had only some minor bruises. The baby fell on the small foam mattress that the parents bought the day before. A few meters from where the car stopped, children were playing soccer. They were shocked but not harmed. Later, everyone realized that the vehicle had passed perfectly between two trees. There were ditches on both sides of this road, except where the car left the pavement. The outcome could have been different without the intervention of the Invisible Driver. The God of David and of the missionary family is not less active today. Do you think that “The Deliverer” deserves our full worship? This week, through our tithe and regular offerings we can worship the Great Deliverer.”

Perhaps a very similar story was read to you in your church before the offering on March 19? Was your heart not warmed and was your giving to the church budget encouraged by this evidence of God’s miraculous protection?

Well, I am sure by now your Adventist radar has realized that the bolded and italicized text above was not the original story as told by my conference. What was written (or cut-and-pasted from some unknown source) told us that instead of the driver feeling “hungry and thirsty” after 12 hours of driving, he only felt tired. And of course being an Adventist missionary he would never ever stop at any “road-side tavern” to consume “a couple of beers!” Instead, as originally told, “The driver started feeling sleepy, but he was determined to reach the destination on time, so he sped up.” The rest of the story is exactly as reproduced.

Impaired Driving in the Dark

I have never consumed alcohol nor driven while intoxicated with any drug or drink. But I have driven for 12 hours, or 8 hours, or 6 hours and become very tired, and I have driven after midnight.

But what about you (never drinking) who marathon or late-night drive? What about missionaries doing the Lord’s business but putting friends, a wife, a baby in the car, and children playing soccer beside the road at risk? What about you, tired but always punctual, “determined to reach your destination on time”?

After midnight a tired driver becomes comparable to someone with a blood-alcohol concentration of 0.08 percent! You and I then become the teetotaling, health-reforming, mission-minded, determined-to-get-there-on-time equivalent of Adventist drunks.[1]

Deanne and I usually pray before starting out on any long trip, and often when getting home from a trip. As a missionary physician there have been times when I just felt I “had to get there.” I did not start to consume any caffeinated beverages till I was 65 years of age.[2]

But wouldn’t it have been better for a younger me driving long and late with a car full of friends, a wife, a baby—with ditches beside the road, with trees along the road, and with children praying soccer along the road—wouldn’t it have been better than just praying for God’s protection, if I had stopped and drunk a couple of cups of strong coffee? Or how about drinking some ubiquitous Cokes (you’d need to consume three or four Diet Cokes to equal a cup of coffee), or two of the 7.9 billion cans of Red Bull energy drink sold in 2020?[3]

Stopping and taking a 25-minute power nap as soon as you begin to feel tired is the only effective substitute for caffeine.

Talking on the phone, blasting the radio, eating candy or snacks, rolling down the windows for a gust of air, slapping or pinching yourself are fairly useless placebos when they have been studied. Caffeine has been proven to work, and naps are the only other proven effective way to fight driver fatigue.

What Are the Rules for Angels?

It did appear that God may have miraculously saved the Madagascar missionary friends, wife, baby, and roadside children from his drowsiness-impaired night driving. Like many of our foolish decisions, his decision to speed up to get home instead of taking a nap or coffee did not end in tragedy.

Are angels allowed to save drunks from the consequences of their blood alcohol levels? Are angels allowed to save sleep-impaired drivers in the dark hours of the night? Are there special rules for Adventist missionaries—too bad for the Baptists and Lutherans? (Well, the Lutherans will likely be OK, since I was once informed by a Lutheran friend that drinking coffee black without sugar or cream was an important part of the Lutheran religion!)

Does a car with five or six audible prayers for protection by all the adults in the car at the start of the trip work better than just a silent prayer rushed up by the driver alone? What, if any, are the rules for divine or angelic protection?

Does God as the “Sure Deliverer” mean he delivers us, or some of us, from traffic accidents?

Ellen White’s initial presentation of the vision-inspired health reforms required of Adventists included this principle: “All should work for themselves. They should do that which God requires them to do, and not leave God to do for them that which He has left for them to do. It is a sacred duty which God has enjoined upon reasonable beings…”[4] That still sounds reasonable to me.

Psalms has this encouraging hymn:

“He is my loving God and my fortress, my stronghold and my deliverer,
my shield, in whom I take refuge…”

“For the foundations of the earth are the Lord’s;
on them he has set the world.
He will guard the feet of his faithful servants,
but the wicked will be silenced in the place of darkness.
It is not by strength that one prevails.”

And the about-to-become-pregnant Mary, the mother of Jesus, was also beautifully responsive to this deliverance from her previous insignificance:

“For He has looked with favor on the humble state of His servant.
From now on all generations will call me blessed.
For the Mighty One has done great things for me.
Holy is His name.
His mercy extends to those who fear Him…”

Deliverance from infertility, deliverance from insignificance, creation of the earth, generic mercy to those who fear him (and to many who don’t)—are mighty and foundational truths about the God revealed in the Bible.

But I don’t think Hannah or Mary would suggest that this means that God’s “faithful servants” and those “who fear him” have some sort of special protection from accidents or injuries, from viruses and plagues, from bombs and war. They were not asking or expecting angelic deliverance from labor pains or an episiotomy. They were being delivered from loneliness or insignificance by being gifted with a child to love, with all the pains and sorrows that love entails.

Mary’s son, Jesus, has made it clear that God delivers humans from insignificance and purposeless, not from their participation in the troubles and sorrows of life. He told us those who mourn are blessed, not because they have nothing to cry about, but because there will be a future recompense.

The Lord’s prayer asks the Father to deliver us from being or doing evil, not for deliverance from the suffering of this evil world. Jesus was very clear about this:

“Here on earth you will have many trials and sorrows.
But take heart, because I have overcome the world.   (John 16:33 NLT.)

For it has been granted to you on behalf of Christ
not only to believe in him,
but also to suffer for him.

So, should we just grow up and stop asking for angelic protection? Well, surely not when we are children.

“Jesus, tender Shepherd, hear me,
bless Thy little lamb tonight,
through the darkness be Thou near me,
keep me safe till morning light.”

But rather than teaching children that God and his angels exist to protect us from harms, we can teach them that it is God’s intelligent design that heals us when we are harmed. If we get wounded, we can have Band-Aids or stitches. Broken things can be repaired. Broken bones will heal.

We can teach our children that wise choices and careful precautions will lessen harms. That there are lots of things God has given us to do to make life better and safer for our family and for all the families of earth. And that Love asks us to be brave and to do all we can to protect others from evil and help those who have been harmed.

At a certain age, when they begin to understand and ask us about death, we can suggest to them just like it is safe for us to lie down and go to sleep every night, so even death is safe for us to close our eyes and die—because Jesus awakens all who love him to a better life after the painless sleep of death.

Children and adults can both learn that God wants us to live and not die. But that death is a part of the life we now have,  just like sleep is a part at the end of every day.

I still pray that I will not be tested (what the KJV called “tempted”) above what I am able to bear, and that the “sure Deliverer” will continue to deliver me from becoming or doing evil. That more than being safe, God will help me be brave, faithful, and hopeful in the promise of the rainbow—that after all life’s storms will come God’s beautiful tomorrow.

[1] These statistics and all others in this article come from Road and Track magazine, April/May 2022, pages 16-17.

[2] Jack Hoehn, Adventist Tomorrow—Fresh Ideas While Waiting for Jesus, pages 155-162, explains the health reasons for changing my traditional Adventist views about the habitual consumption of tea and coffee.

[3] An 8-ounce cup of brewed coffee contains between 80 and 200 milligrams of caffeine, depending on the varietal and brew method. Starbucks’ Lattes depend on how many “shots.” A 16 oz (Grande) Latte (2 shots) has 150 mg.  Diet Coke has 48 mg caffeine in 12 oz; a regular Coke has only 38 mg. An 8.4-ounce Red Bull has 80 mg caffeine—so for an adult male 2 cups of brewed coffee, 16 oz Starbuck’s Latte, 4-5 cans of Diet Coke, or 2 cans of Red Bull would be roughly equivalent. There are multiple internet sources for this information. 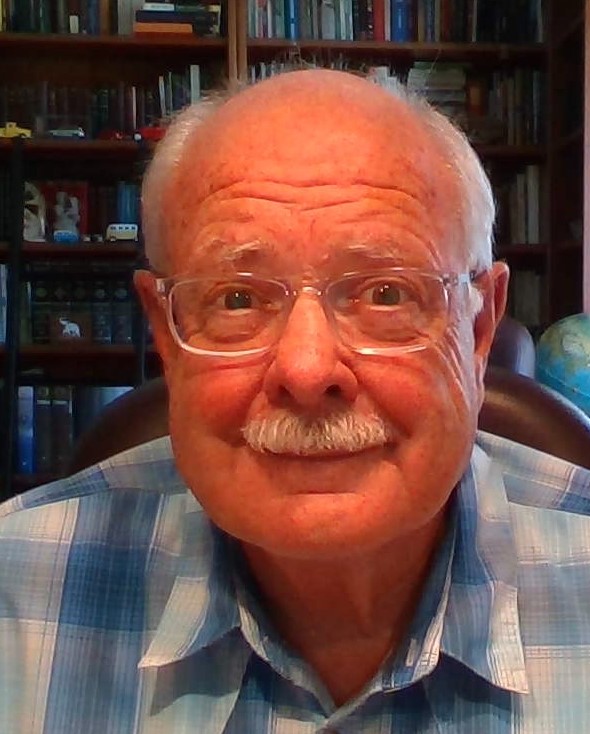 Jack Hoehn is a retired physician living in Walla Walla, Washington. His recent book is ADVENTIST TOMORROW—Fresh Ideas While Waiting for Jesus. This book, available in electronic (Kindle) and paperback form from Amazon.com, is the most successful book Adventist Today has published to date.

A Spirituality of the Senses News Briefs for March 31, 2022