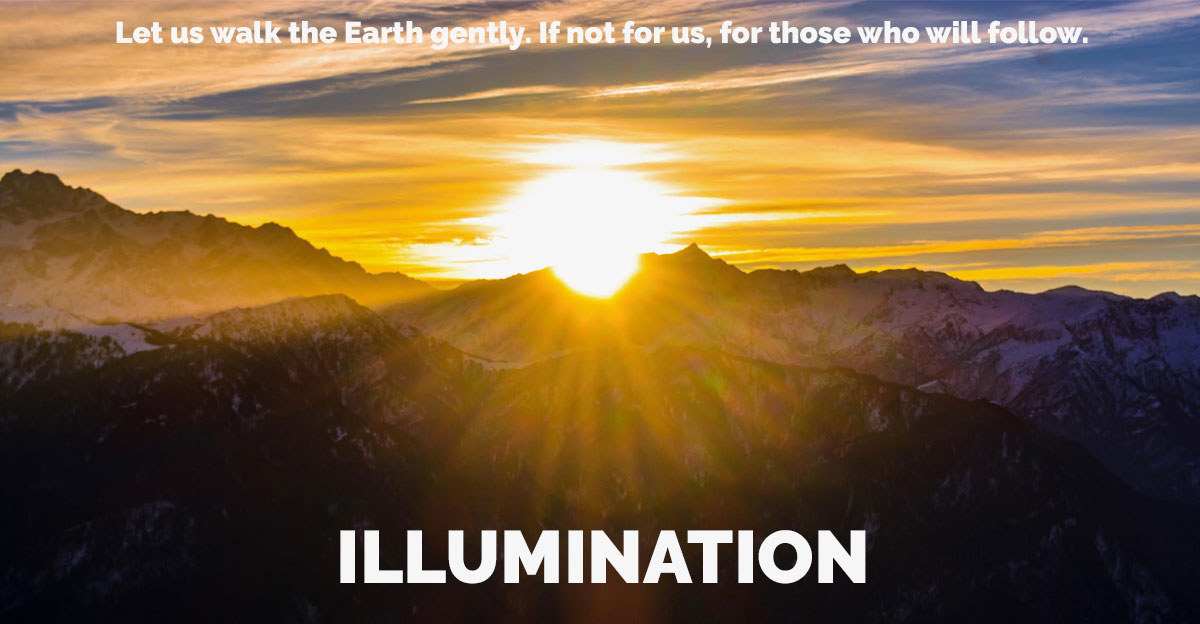 “Maybe you have to know the darkness before you can appreciate the light.”
—Madeleine L’Engle, American writer (1918-2007)

One day, over a decade ago, when I lived in a different place, I happened to be at my desktop computer.

I noticed a bit of waviness of print on the computer screen. Almost instinctively I covered first one eye with cupped hand, then the other. When I viewed the screen with my left eye, lines of print were straight. But when I viewed it with my right eye, the lines were wavy and uneven, not parallel.

The ophthalmologist confirmed my suspicion that I had macular degeneration, one of the two most common causes of blindness in this country (the other, glaucoma). The visual acuity in my right eye was less than that in my left and has remained so to this day.

I also subsequently developed open angle glaucoma, for which I take two different eye drops in an effort to forestall rise of intraocular pressure.

My cataracts are mild and actually less than what one might expect at my age. One of my brothers (a retired ophthalmologist, no less) has glaucoma so severe he has had multiple eye surgeries and stopped driving a few years ago. His comments about acquiring a seeing-eye dog may no longer be in jest.

Fortunately I still drive, am able to engage in most other meaningful activities and admire seeing-eye dogs only from a distance. I keep fingers crossed, search for wood to knock, and try to maintain an attitude of gratitude.

Given the potential for heritability of certain eye conditions (one sister also has macular degeneration), I think back to my deceased parents but have drawn a blank. They both wore, as expected, reading glasses for presbyopia in later years. Whether either had glaucoma or macular degeneration is unknown.

During a recent visit to the ophthalmologist (I’m supposed to have the glaucoma followed every six months), after a Snellen test for visual acuity and tonometry, various mydriatic drops were instilled to facilitate an examination of my eyegrounds.

My pupils were still dilated when I stepped out of the medical building en route to my car.

The bright sunlight which had provided welcome illumination on my way into the medical building now appeared so intense it was almost painful, and I squinted as I wended my way to the vehicle.

I was grateful to have sunglasses in the car, which I’d not thought to take to the medical appointment, for the drive home

Although I’d heard of it before, I’d never read Why I Am Not a Christian, by Bertrand Russell. Depending on one’s perspective, it could be considered a seminal presentation.

I located the piece online and read it in its entirety. It’s not a long read, and I found myself in agreement with some points made by the Nobel laureate (Literature) in his famous 1927 work. On some issues, his reasoning seemed hard to fault.

On balance, I thought it only fair to read why various other Brits (including C. S. Lewis and G. K. Chesterton), unlike Russell, became well-known apologists for Christianity.

The contrast led me to wonder, “Why do some intelligent, well-intentioned people become Christians, and others not?”

In my search, I happened upon recitations of near-death experiences by different individuals, including orthopedist Mary C. Neal, whose profession lent her credence. She wrote subsequent books and gave interviews about her experience. In 2018 she delivered a TED talk. You can access the under-13-minute presentation here:

And there have been numerous others.

Raymond Moody wrote Life After Life, a 1975 bestseller chronicling interviews of 150 people who had had near-death experiences/visions. The similarity of other-worldly experience (bright light, peace, extraterrestrial being(s), out-of-body seeming reality) leads one to believe their stories of heaven or equivalent are not fabricated.

As a counterpoint, I sought stories from those who had experienced hell.

It seems fewer Christians agree on what hell is like than heaven. I know some believers don’t ascribe to literal hell as described in Holy Writ (this does not seem to make them in any way inferior, by the way).

Not that long ago I encountered a new definition of hell that stuck with me. It is this: hell may be what happens on your last day on Earth, when the person you have become meets the person you might have become.

When I read that I sat up a bit straighter and swallowed hard.

A common thread of some postings has it that hell may be the total, eternal absence of divine presence.

Those to the left of the Almighty in the Judgment may not be happy in heaven.

At some future time, it is entirely possible the same light that illuminates and warms the sheep may be painful torture to the goats.

So why are these visions (figurative or literal) of heaven and/or hell given some individuals but not others?

It seems the majority of us have not experienced them, but that does not necessarily invalidate such.

As Carl Sagan, noted astronomer, noted, in different context: “Absence of proof is not proof of absence.”

For those who have (their lives seem to lack commonality; some are virtuous, others less so), the experience seems to be transformative and, in some cases, life-changing.

Paul Thigpen, author of Saints Who Saw Hell (2019), theorizes there are three categories of those granted a vision of hell:

One contemporary study purports to show that, in our society, narcissism is on the rise, and empathy (perhaps compassion?) on the wane.

Maybe this to be expected. The Parousia nears.

Not long ago, on a tennis court, I noticed a solitary bee. I am ashamed to say that at one time I might have terminated it with extreme prejudice—after all, it might sting me. This time I placed a small leaf next to it until it crawled up on it. I then moved the bee to a safe place between the two sides of the court and deposited it there.

Our world has lost almost 30% of bees annually in the last 13 years, at least in part from pesticides and industrial farming.

The survival of humans may depend on that of bees (one of whose main functions is plant pollination).

Some believe everything in the cosmos is connected.

I think them not far wrong, if at all.

Let us walk the Earth gently. If not for us, for those who will follow. This pale blue dot (as Carl Sagan called it) is the only home we have.

It is possible that, in so doing, the fragrance of our persona may linger after we are gone.

And we may see the Light.